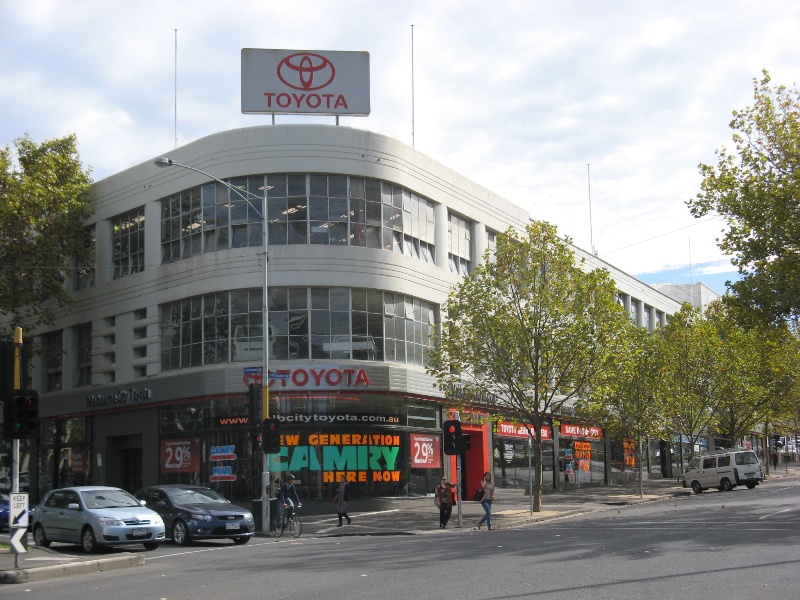 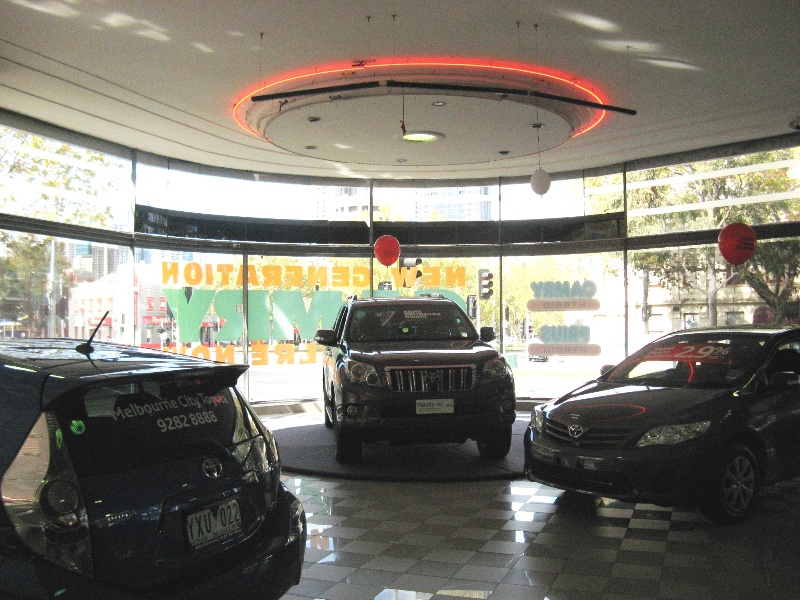 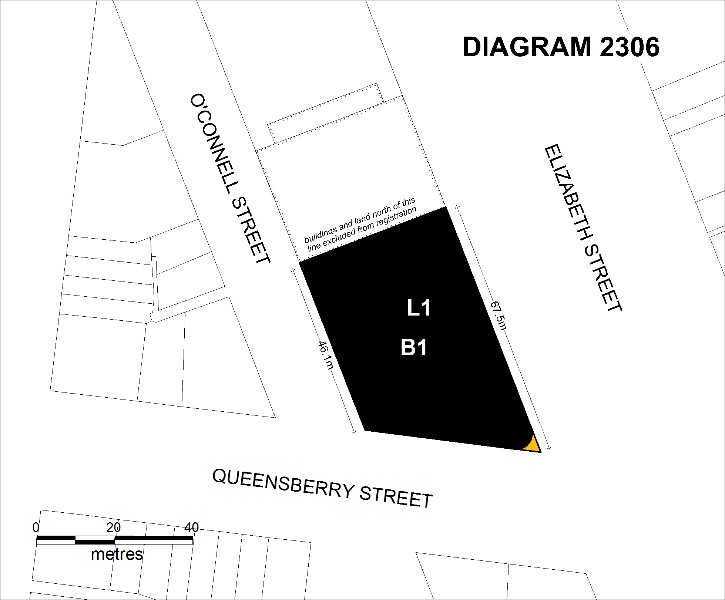 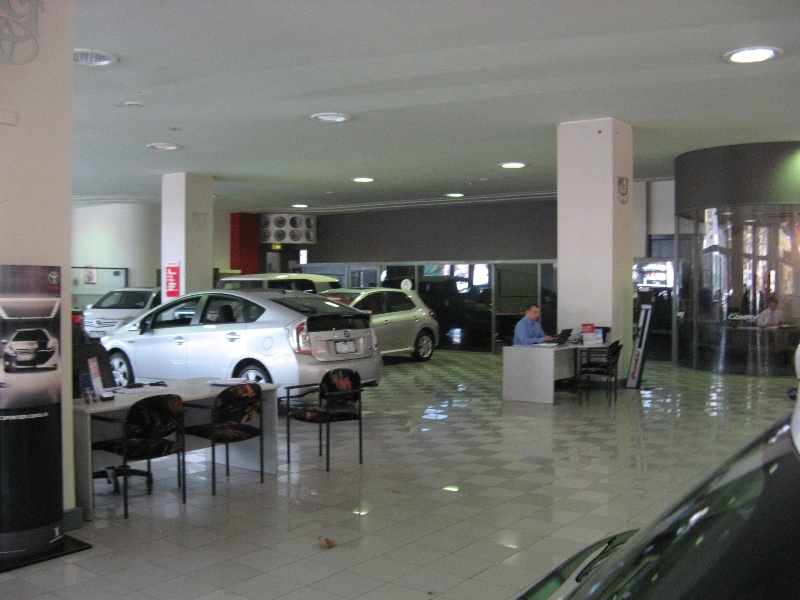 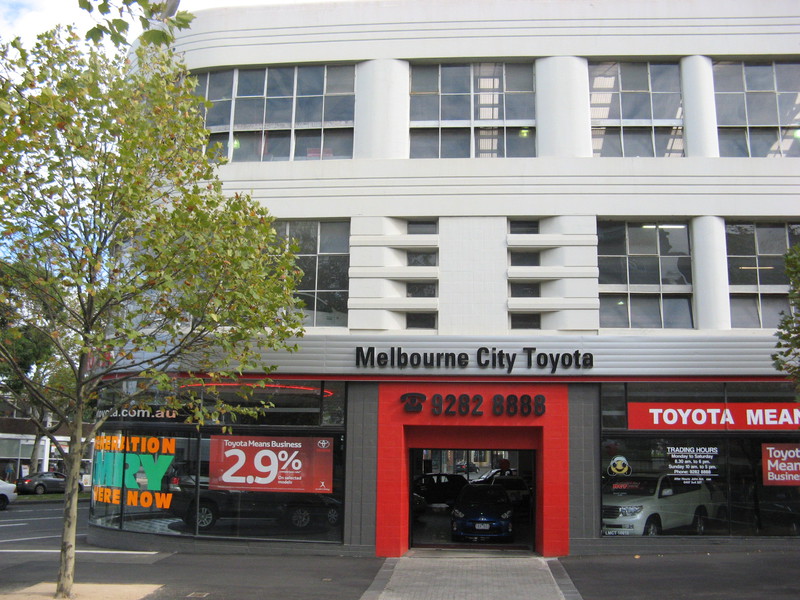 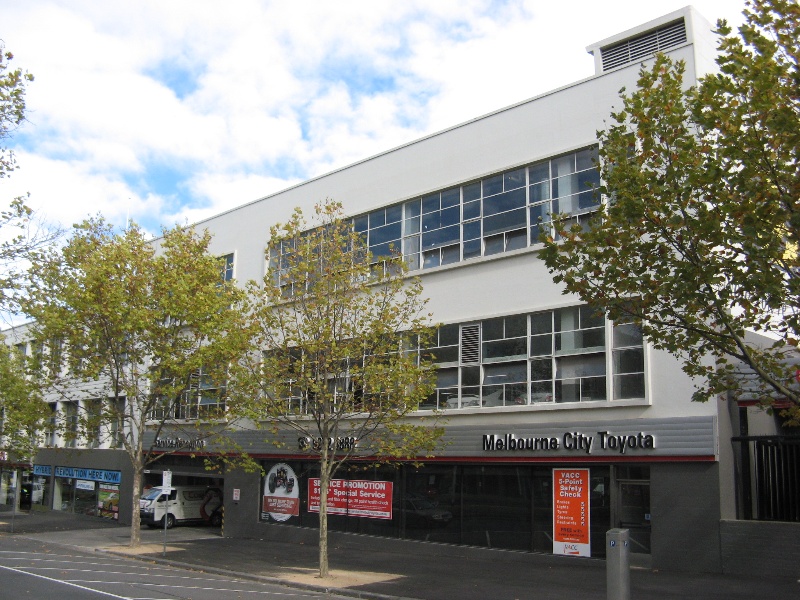 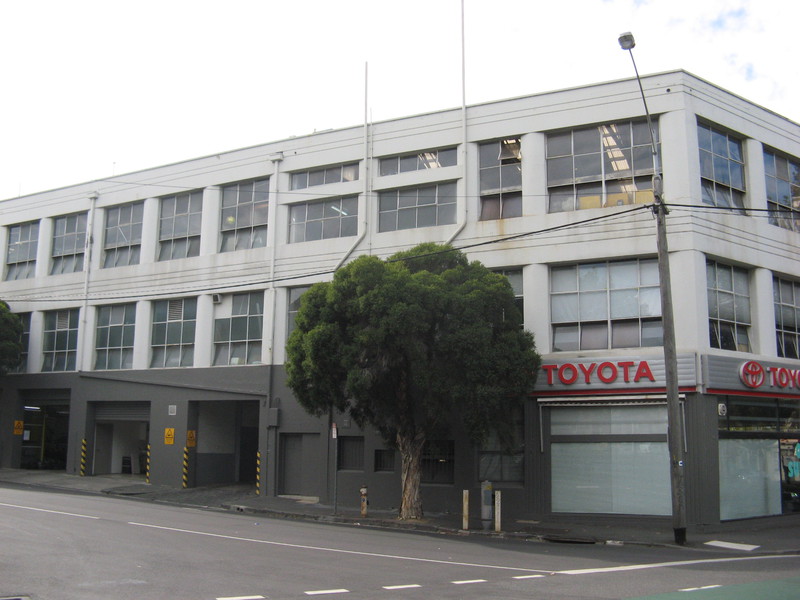 The former Melford Motors complex at 615-645 Elizabeth Street, Melbourne is a Streamlined Moderne style building on a prominent corner site bounded by Elizabeth, Queensberry and O'Connell Streets which housed Victoria's largest showroom and service facility for Ford vehicles. The complex comprises a three-storey wing built in 1936-7 and a two-storey building (dating from 1928) that was remodelled at the same time, both to the design of prominent Melbourne architect, Harry Norris.

In the early twentieth century Ford vehicles were the best-selling in Australia, but they were imported from the USA and Canada until 1928, when the first locally-made Ford was produced at a new factory in Geelong. The need grew for authorised dealers and service facilities and Melford Motors, the name a contraction of Melbourne and Ford, founded in 1930 by the Melbourne businessman Arthur Fenton, became the exclusive dealer for Ford vehicles in inner Melbourne. By 1932 the firm operated from several premises around the city, including rented two-storey premises in Elizabeth Street. With sales booming as the effects of the Depression eased, Melford Motors purchased the Elizabeth Street building and the adjacent block on the corner of Queensberry Street and engaged Harry Norris to design a new building, incorporating the earlier one. The new building, constructed by Swanson Brothers, was described in the Argus as the 'finest car showrooms in the Commonwealth'. The ground floor was used for showrooms and offices, with used cars and the delivery department on the first floor and vehicle storage and servicing on the second floor. In 1953 Melford Motors was described as one of the world's biggest Ford distributors. In 1955 Norris was commissioned to design a substantial addition to the north, designed to blend with the older building. Melford Motors continued to operate from the building until 1990, when the company was sold to Melbourne City Toyota.

The former Melford Motors building is composed of two parts: the remodelled 1920s building to the north and the 1936-7 section on the corner to the south. It is a three-storey building with a pale-coloured rendered facade. The continuous banding with incised shadow lines at the spandrel and parapet levels, and the wide bands of windows, broken only by curved piers, give a marked horizontal emphasis. The dominant feature is the curved corner, which on the ground floor level has a sixteen metre long showroom window made up of five individually curved panes of glass, which wraps around a display turntable (now not operative) above which is a circular suspended panel with recessed lighting. The ground floor on the Elizabeth and Queensberry Street elevations is made up of a series of wide showroom windows, which remain largely intact, apart from the replacement of some of the etched glass panels and the removal of the window boxes from the interior. The ground floor is still used as a showroom, and retains the original pillars, some with their fluted terracotta cladding, and the Moderne-style cornices, but the original offices have been replaced. The floors above, connected by concrete ramps, are used for the storage and servicing of cars and are largely open spaces with no decorative detailing.

The former Melford Motors is of architectural and historical significance to the state of Victoria.

The former Melford Motors is significant at the State level for the following reasons:

The former Melford Motors is of historical significance as a reflection of the rapid expansion of the automotive industry, and of automotive retailing, in Victoria in the 1930s. Ford was the best-selling vehicle brand in Australia in the early twentieth century, and a boom in sales followed the beginning of local production in 1928 and the easing of the Depression. Melford Motors was formed in response to the need for expanded sales and service facilities, and its showroom was the largest and grandest motor vehicle showroom built in Victoria in the inter-war period.

The former Melford Motors is of architectural significance as an outstanding and largely intact example of a motor vehicle showroom, a new building type which appeared in the interwar period. It is one of the last remaining substantially intact such buildings in Melbourne. It is significant as an example of the Streamlined Moderne style in a commercial setting, making the most of its wide street frontages to produce a building with a marked horizontal expression sweeping around the prominent curved corner.

The former Melford Motors is also significant for the following reasons, but not at the State level:

The former Melford Motors is significant for its location: motor showrooms were typically located along the northern edge of the city close to the main vehicle entrance to Melbourne, the Sydney Road, and its southern extension, Elizabeth Street.

It is architecturally significant for its association with the eminent architect Harry Norris, who was one of Victoria's leading designers of office buildings, shops and showrooms in the interwar period.