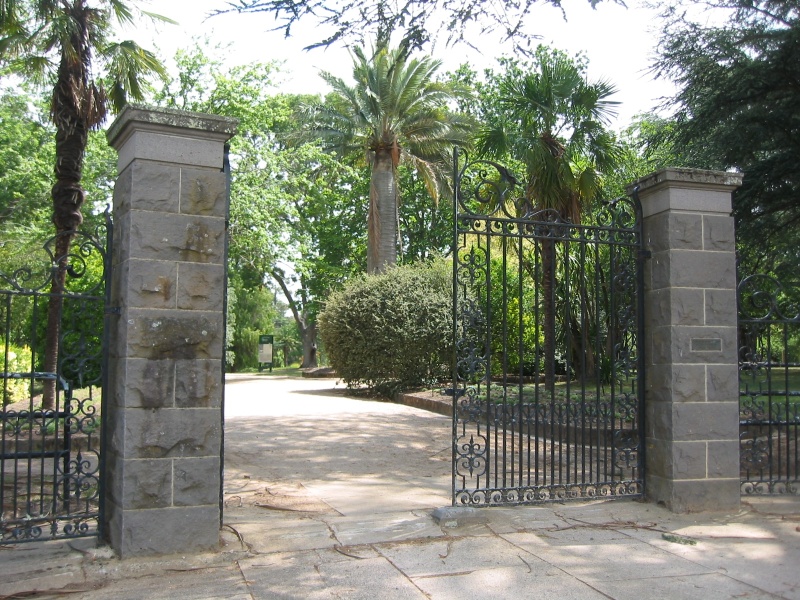 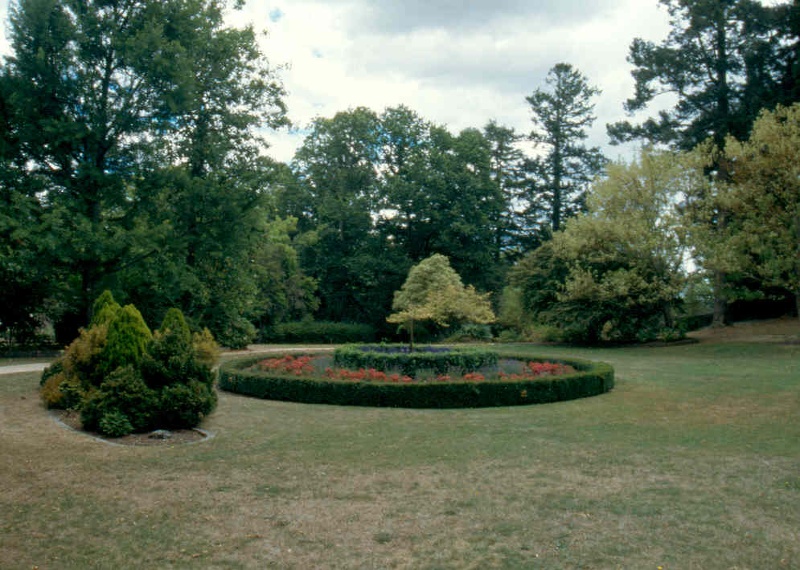 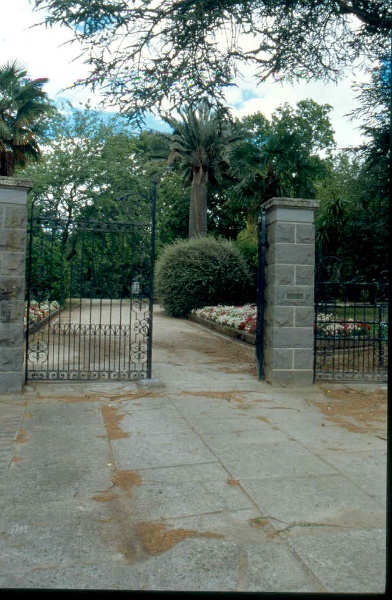 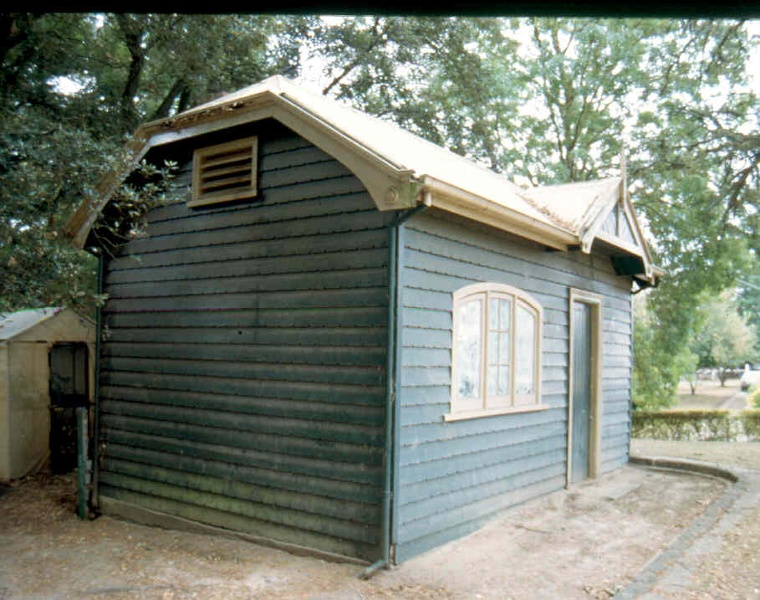 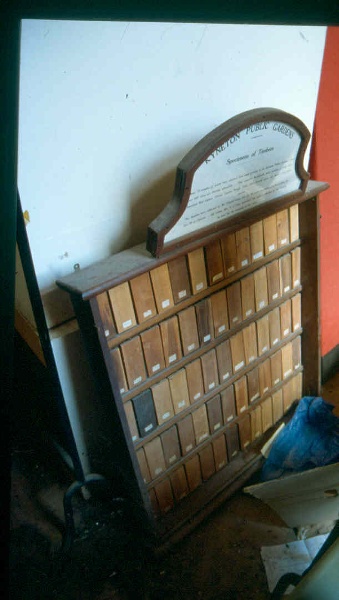 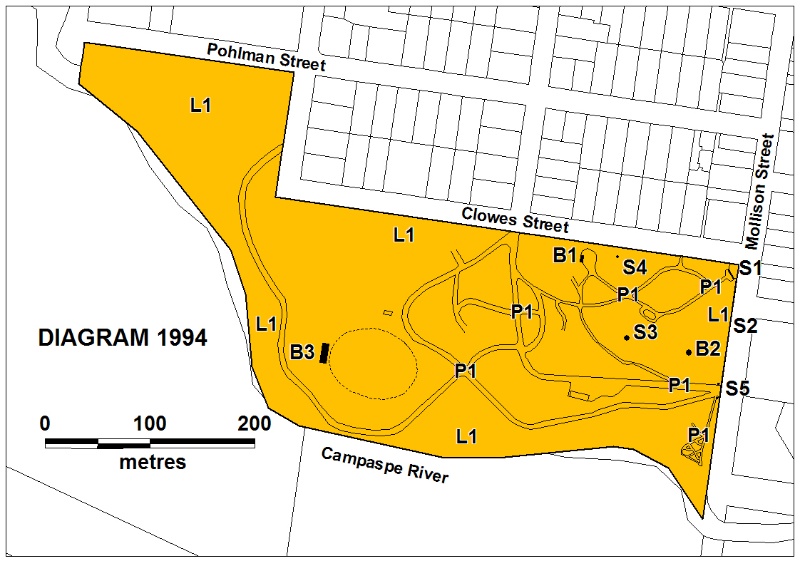 What is significant?
The Kyneton Botanic Gardens, originally of 18 acres, was temporarily reserved for a Botanic Gardens in August 1858, replacing the 2.5 acres reserved in March 1858 next to the Mechanics Institute, which was considered inadequate by the Council. A further 3 acres was reserved in 1884, then an additional 5 acres in 1902, and more land from the closure of the road reserve was added to the Gardens in 1903, to give a total area of about 24 acres. The Gardens are situated on the banks of the Campaspe River between the railway station and the centre of the town. In 1861 Mr Stuart Murrray, a local engineer, surveyor and architect, won a prize of £15 for his design for the gardens. Murray went on to design the Goulburn Weir and Victoria's early irrigation schemes. One of the first events to take place in the Gardens was the planting of three trees, including an Algerian Oak planted by Cr Jarrett on 19 May 1863 and dedicated to Queen Victoria, which still grows near the Ebden Street entrance. The first plants were provided by the community and during the 1870s more were obtained from Ferdinand von Mueller of the Melbourne Botanic Gardens.

The upper level of the Kyneton Botanic Gardens, known as the Kyneton Public Gardens, is formally laid out with garden beds and mature trees, and features an 1880 bluestone wall, the 1936 commemorative entrance gates, c1900 gardener's office,1902 drinking fountain, c1905 rotunda, a shelter and two bluestone memorial pillars marking the entrance to McKenna Drive. The gardens contain a fine collection of mature trees including elms, firs, cedars, sequoias and a collection of outstanding and rare oaks. The middle section now contains a caravan park, introduced into the reserve in 1959, and the lower level contains specimen trees, a fernery, English Hawthorn hedges along the river, an oval and a pavilion relocated from the Kyneton saleyards during the 1970s.

Edward Gray, who had been employed there as a gardener for fifty years and was appointed curator from 1906 to c1909, prepared a display board inlaid with specimens of timber taken from seventy of the six hundred trees then growing in the Kyneton Public Gardens. The specimen board was given to the Kyneton Council by his widow in trust for the residents of the State. Amongst the samples displayed are some taken from an American Red Cedar and from a Chinese Cypress. This specimen board is at present located in the former Congregational Sunday School (now the Kyneton Arts Centre).

How is it significant?
The Kyneton Botanic Gardens are of historical, scientific, and aesthetic significance to the State of Victoria.

Why is it significant?
The Kyneton Botanic Gardens, established in 1858 soon after the discovery of gold in 1851, are historically significant as one of the earliest regional botanic garden established in Victoria. They are associated with the post-gold rush history of Victoria, when towns which had grown as a result of the gold discoveries aspired to becoming major provincial cities, with art galleries, botanic gardens, mechanics institutes and other cultural institutions befitting their status. Botanic Gardens had been established in Melbourne in 1846, Portland and Geelong in 1851, White Hills in 1854, Williamstown in 1856 and at Ballarat, Malmsbury and Hamilton in 1857.

The Kyneton Botanic Gardens are of aesthetic significance for their setting, on an undulating site sloping down to the Campaspe River, for the collection of significant plants, with mature trees of contrasting forms and colours, for the pinetum, for the fernery, and for the garden structures, including the bluestone wall, the entrance gates, the gardener's office, the rotunda, the drinking fountain, two memorial pillars, the shelter and for the contrast between the formal and informal areas. A prominent and unusual design feature is the large "Oak Circle", bordered by a privet, japonica and hawthorn hedge encircling rare oaks, and the single and double Hawthorn hedges lining the Gardens boundary along the Campaspe River.