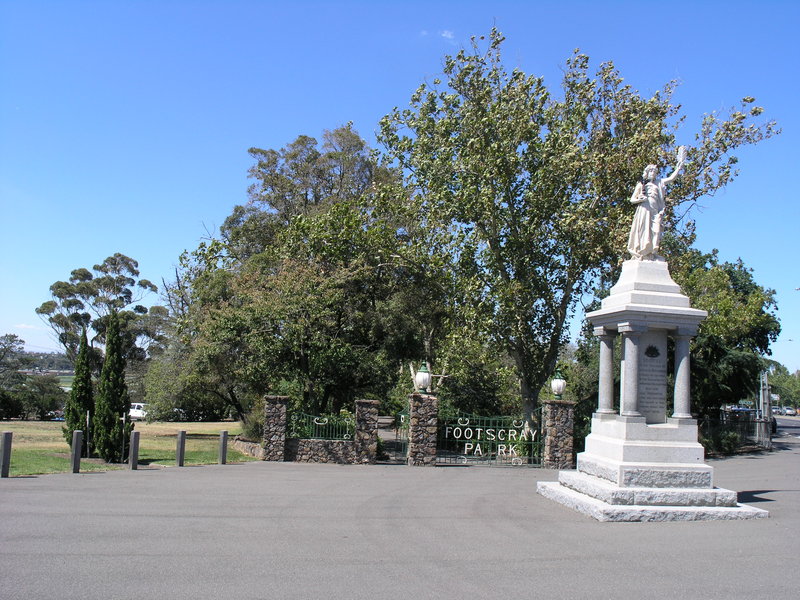 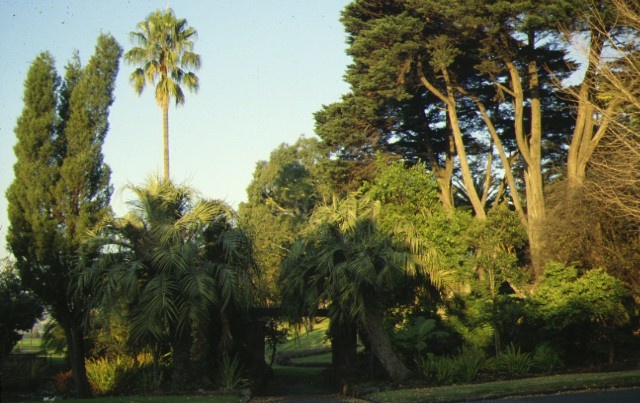 Footscray Park of 15 hectares (37 acres) was permanently reserved in 1911 as a site for a Public Park and Recreation purposes. The park's creation was largely due to the efforts of the citizens of Footscray who successfully lobbied the State Government and the Victorian Racing Club for the reservation of the park, and then contributed to its development through donations of labour and plants, with the local technical school building the lookout shelter. The park was designed by noted architect Rodney Alsop who won a competition for its design 1911. The plan was largely implemented by David Matthews, Superintendent of Parks and Gardens from 1916 until 1964, with the assistance of noted orchidologist, William Nicholls. The park features characteristic structures in an Edwardian style, in particular, rustic stone structures, lookout shelter, drinking fountains, arbours, bridges, ponds, and clover-shaped flower beds. The park also has an unusual and finely carved Platypus Fountain as well as a war memorial and a memorial to Henry Lawson. The design of Footscray Park fully exploits the northerly sloping site, providing external vistas to the Maribyrnong River, Flemington Racecourse and the city. The park is planted with many fine evergreen and deciduous trees, conifers, palms and Australian natives, including rare and uncommon species. Footscray Park is an important community recreation facility and hosts two of Melbourne's largest annual events, the Saltwater Festival and the Vietnamese Festival.

Footscray Park is of historic, aesthetic, scientific (horticultural) and social significance to the State of Victoria.

Footscray Park is historically important as an important Edwardian styled garden from the early twentieth century in Victoria. Designed in 1911 by the prominent architect Rodney Alsop, the majority of the layout and landscape features occurred under the direction of David Mathews from 1916 until about 1940. Mathews continued to develop and care for the Park until his retirement in 1964. The Park is important for its fine collection of garden structures, ornamental ponds, formal and informal path layout, and a rich plant collection.

Footscray Park is aesthetically significant for its design excellence. The informal perimeter pathway, formal central path and steps and terraced garden layout constitute a particularly fine aesthetic response to the steep topography. An important facet of the design is the formal pathway whose axis leads to the river and the racecourse beyond. This park vista is among the finest in Victoria and incorporates a large circular bed with a rare Blue Hesper Palm and a long Wisteria pergola with a central dome of sophisticated design. The outstanding landscape character of the park is complemented by the planting themes of a deciduous tree avenue, palm collection, conifer plantation, water garden, Australian natives and arboretum.

Footscray Park is socially important because of its long, close and continuing relationship with the citizens of Footscray who campaigned for its creation, contributed significantly to its development, and continue to use the park as an important community asset. Because the western suburbs of Melbourne lacked the public parks and gardens established during the 19th century in other parts of Melbourne, the establishment of Footscray Park represents a great achievement by the community.