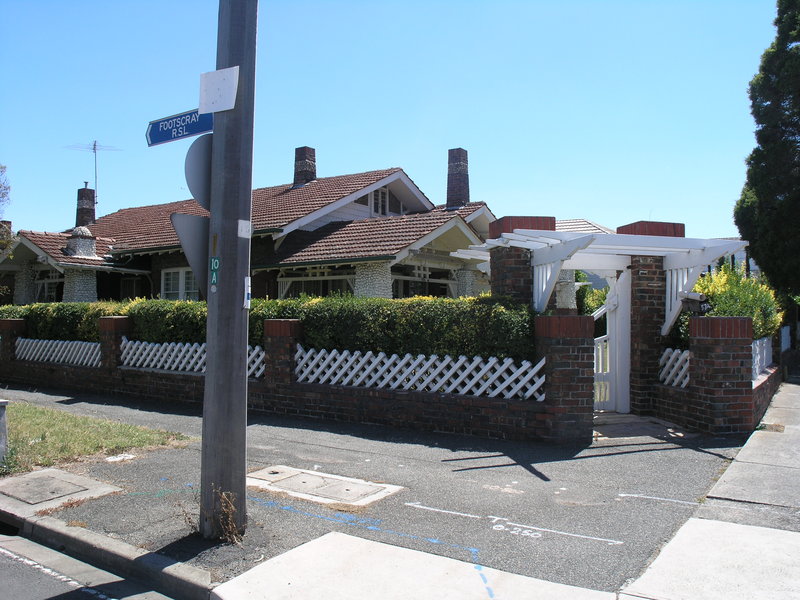 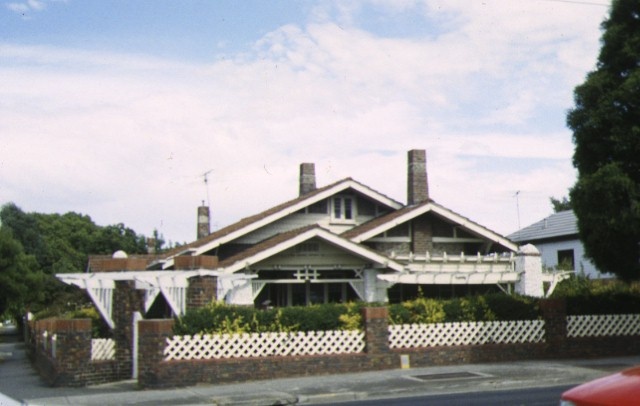 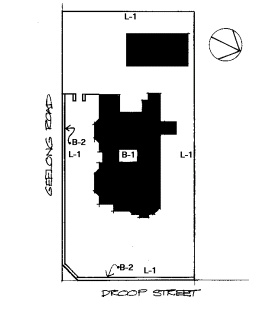 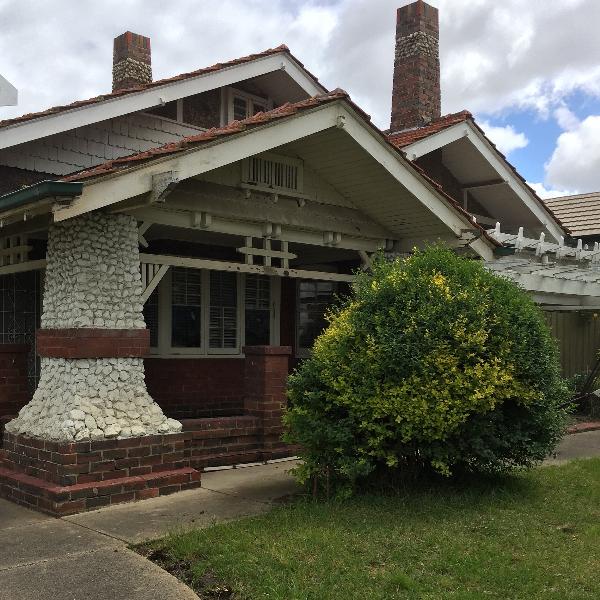 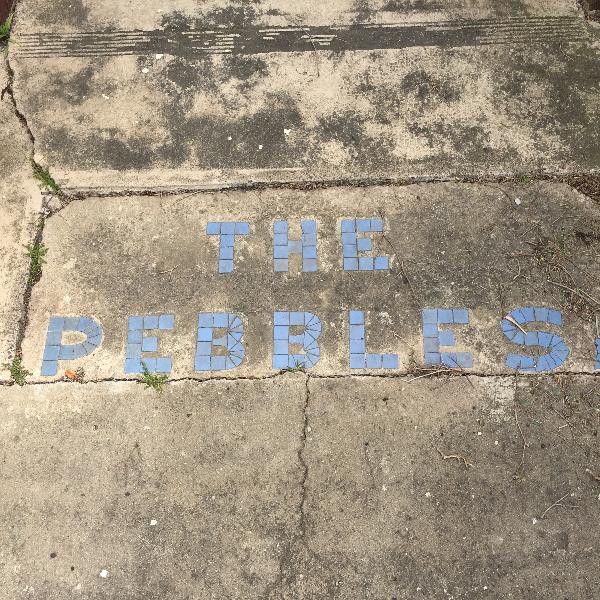 The Pebbles was designed by architects Schreiber and Jorgenson and commissioned by Francis George Whitehill, who occupied the dwelling from the time of construction in 1920 until about 1930. Francis George Whitehill was one of three Whitehills who moved from being dairymen at Whitehill's dairy to subdivision and house-building. The Pebbles is a Californian bungalow of red brick with rough cast and cedar shingles to the gable ends, and large crushed quartz "pebbles" as decorative elements in the verandah piers, chimney, and infill panels to the fence. There is also extensive use of timber in the pergola gateway, pergola, and verandah brackets.

The Pebbles is of architectural importance to the State of Victoria.

The Pebbles is of importance for its design excellence, being one of Victoria's best and most distinctive suburban Californian bungalows. It presents bold elevations to two street frontages and displays a wide variety of typical bungalow elements including low pitched gabled roof and distinctive roof forms with widely overhanging eaves, squat piers decorated with pebbles supporting the verandah roofs, and use of shingling and roughcast. The extensive use of timber and unusual internal and external joinery details highlight the Japanese influence on bungalow design. Of particular note are the fireplaces, and timber work in the entry hall, dining room and sitting room. The Pebbles is complete with its original fence and pergola gateway.