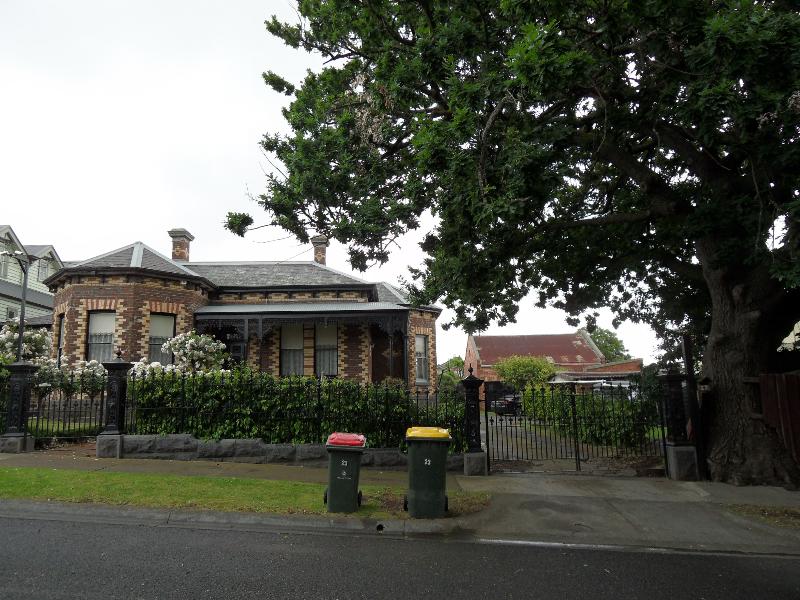 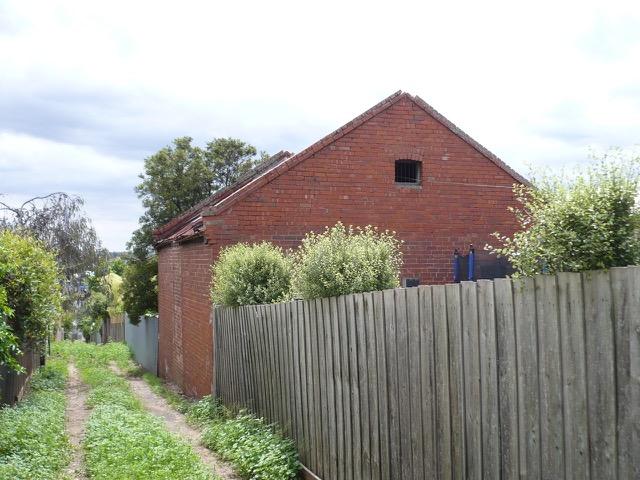 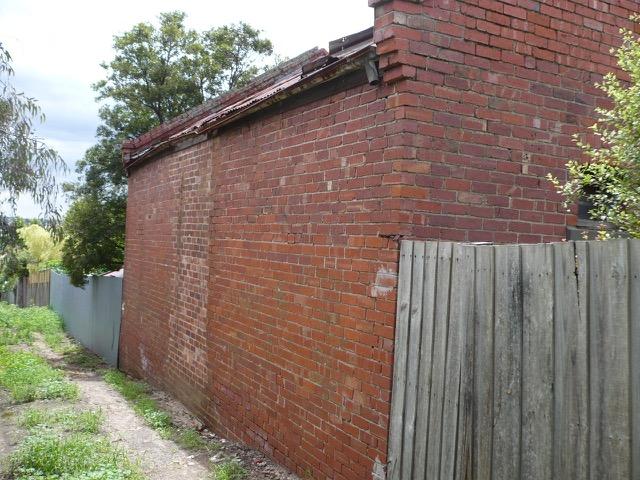 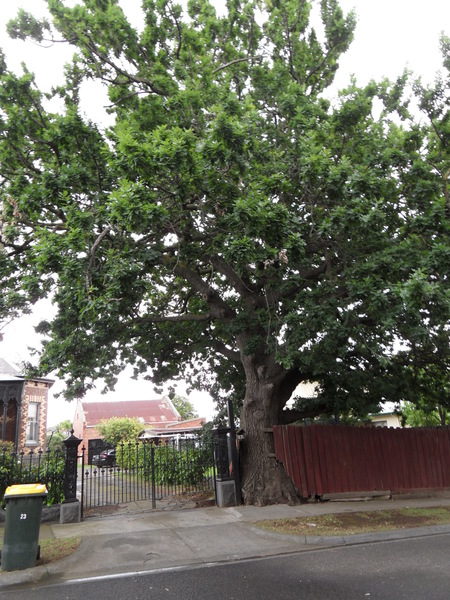 What is significant?
The house and stables, constructed c.1891, at 23 Brown Avenue, Ascot Vale are significant. The house is a typical boom era Victorian Italianate asymmetrical villa with two projecting three sided bays containing a return verandah, which is supported on paired posts with a frieze and brackets. The hipped roof is clad in slate. Constructed of bi-chromatic brick, the house features implied quoining around the windows and at the wall corners, with diaper patterns below the windows, at mid-wall height and at the eaves between the brackets, and to the chimneys that have rendered cornices. There is a stringcourse below the eaves brackets. Windows are double hung sash, paired under the verandah, with bluestone sills. In the northwest corner of the site is the former stables block. This has a transverse gable roof with gable parapet walls. There are small square segmental arch openings in the south end wall, including one high in the gable indicating the stables originally had a loft. The lower openings have bluestone sills. The stables includes a skillion section along the north boundary.

The verandah, which has been reconstructed, and the front fence are sympathetic, but not original.

Non-original alterations and additions to the house and the stables are not significant.

How is it significant?
The house and stables at 23 Brown Avenue, Ascot Vale are of local historic and aesthetic significance to the City of Moonee Valley.

Why is it significant?
It is historically significant as a representative example of a nineteenth century house with the original stables, which provides a tangible reminder of the importance of horse-drawn transport during the nineteenth century. The significance of the place is enhanced by the rarity value of the stable block, as one of the few remaining examples in Moonee Valley. (Criteria B & D)

The house is aesthetically significant as a fine example of a bi-chromatic brick villa. The use of bi-chrome brick was popular in the 1880s and this house is notable for the high quality of the brickwork, particularly the bold patterning created by the quoining around the windows, doors and wall corners, with contrasting bands above the verandah and diaper patterns around the windows. (Criterion E)