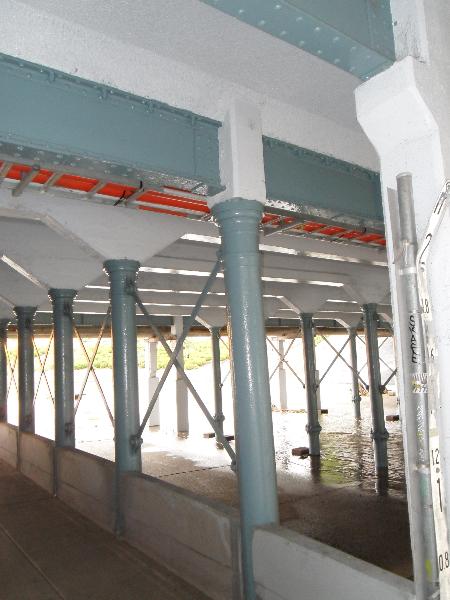 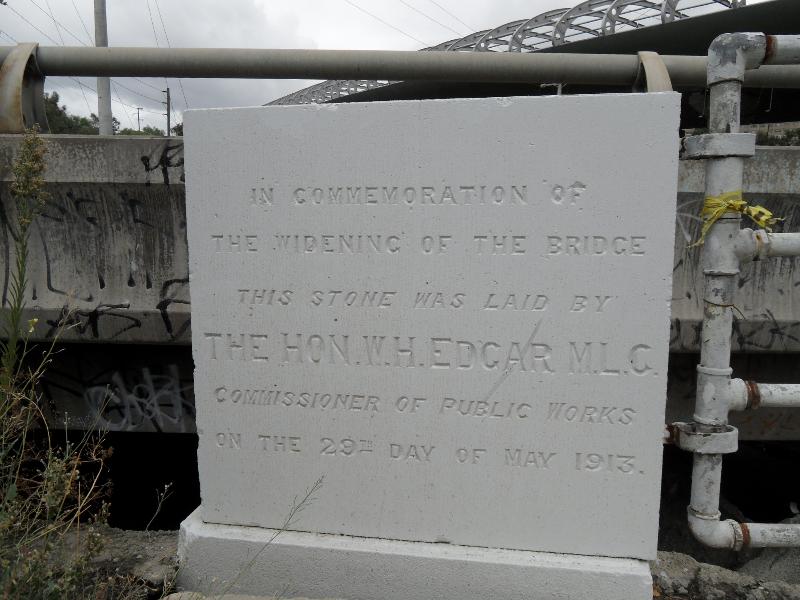 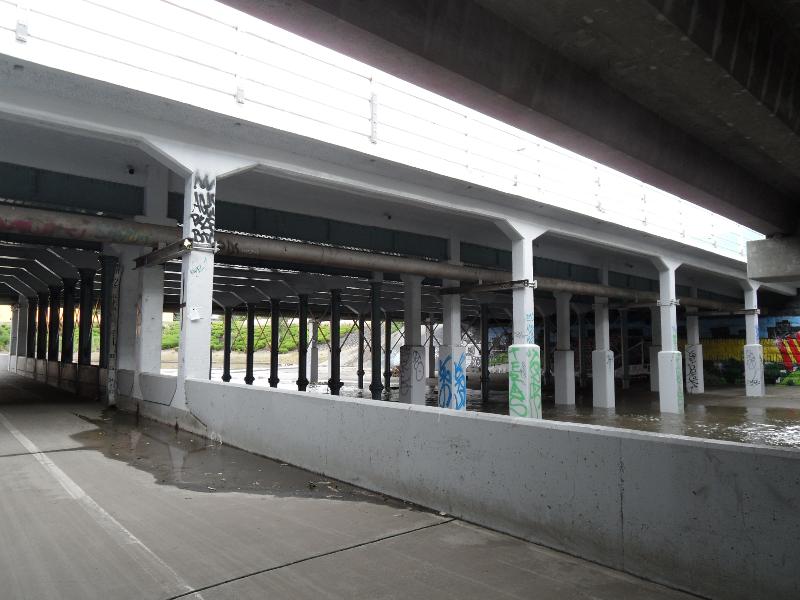 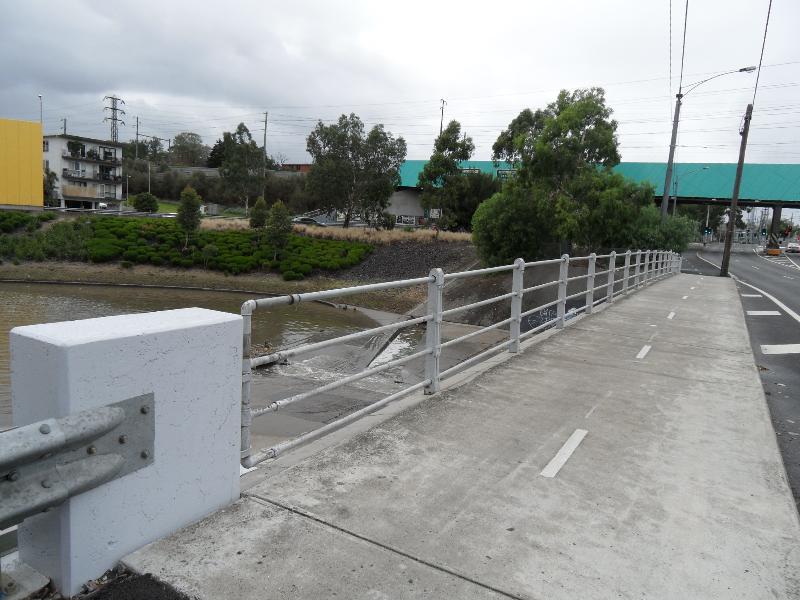 What is significant?
Flemington Bridge, as reconstructed and widened in 1913 by the Reinforced Concrete & Monier Pipe Construction Co., is significant. The bridge combines the iron girders and columns of the 1868 iron bridge, with the reinforced concrete deck, piers and girders, and handrails supported by decorative cast iron standards added in 1913. A bluestone wall in front of the south abutment may also be part of the 1868 bridge.

How is it significant?
Flemington Bridge is of local historical and technical significance to the City of Moonee Valley.

Why is it significant?
Flemington Bridge is historically significant for its associations with the development of Mt Alexander Road and demonstrates the importance of the bridge as one of the principal northern entries to Melbourne. There has been a bridge at this site since the 1850s and the present bridge incorporates some of the fabric of the third bridge, constructed in 1868, as well the additions made when it was reconstructed in 1913. The bridge demonstrates the improvements made to Melbourne's road network as traffic increased, and was an important component in the development of Melbourne's electrictramway network by enabling a direct connection to be made between the routes in Moonee Valley and the rest of the system. (Criterion A)

It is also significant as an intact example of a reinforced concrete girder bridge constructed by the Reinforced Concrete & Monier Pipe Construction Co. It is notable as an example of the adaptation by the company of an old structure using innovative technology, to provide the first reinforced concrete tramway bridge in Victoria. (Criteria D, F & H)

It is also significant for its remnant fabric of the 1868 bridge which may yield further information about bridge construction in nineteenth century Victoria. (Criterion C)