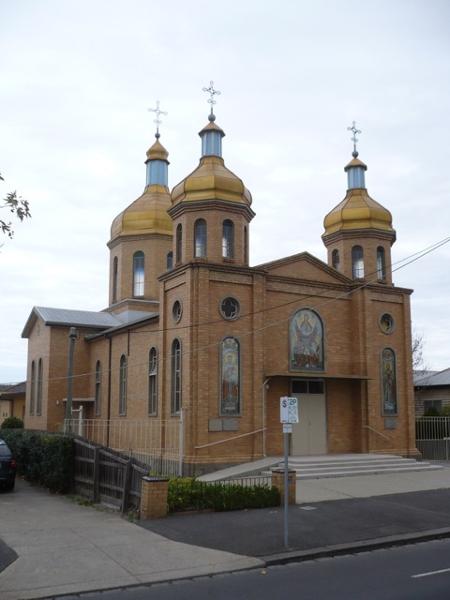 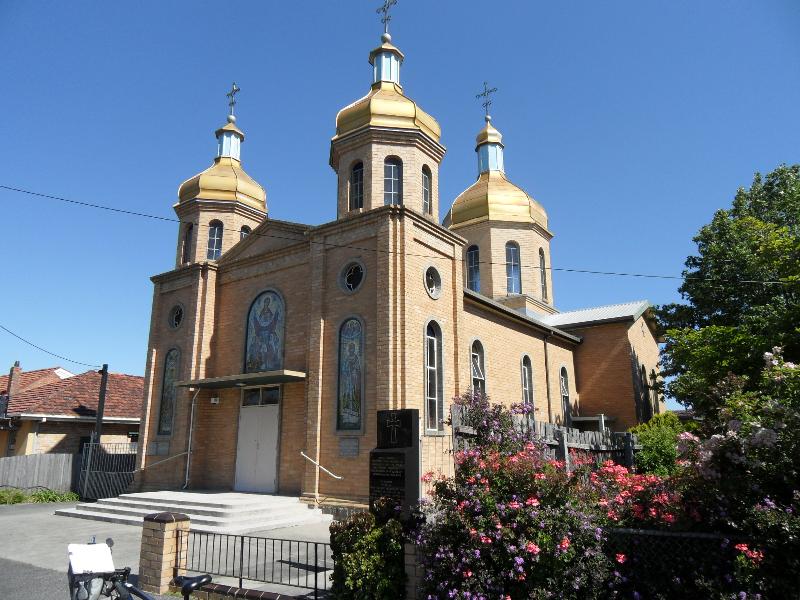 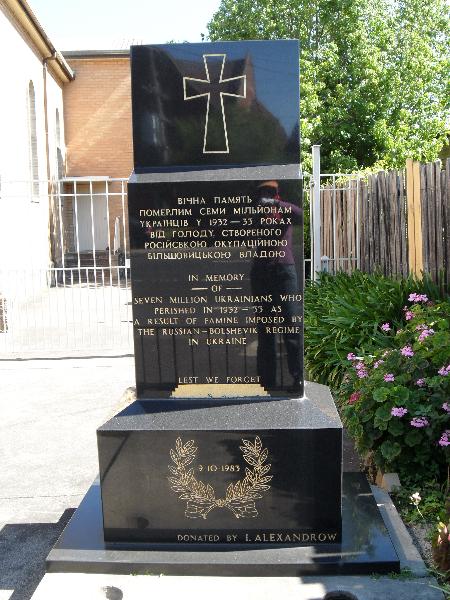 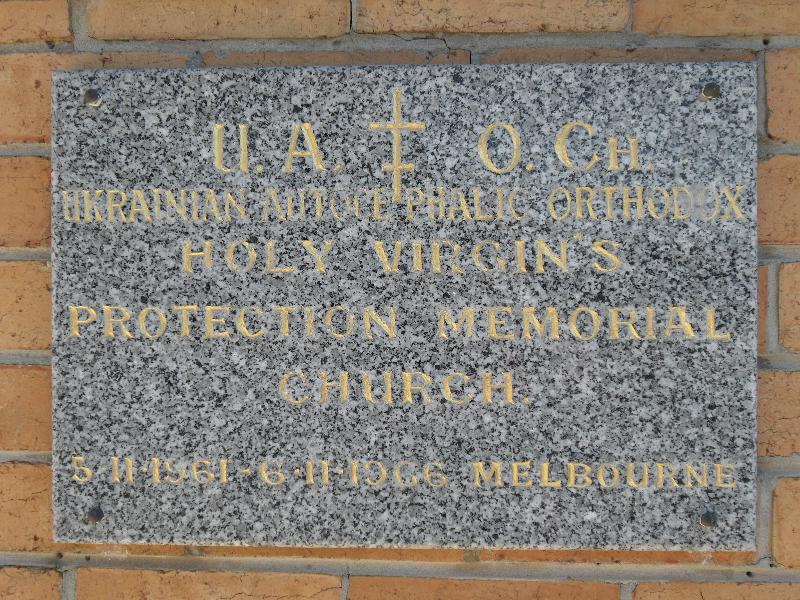 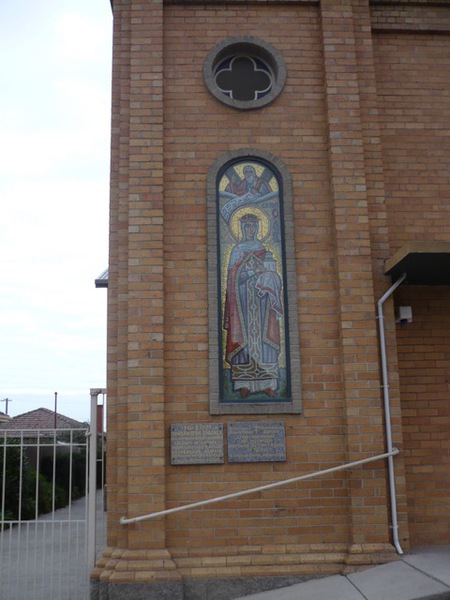 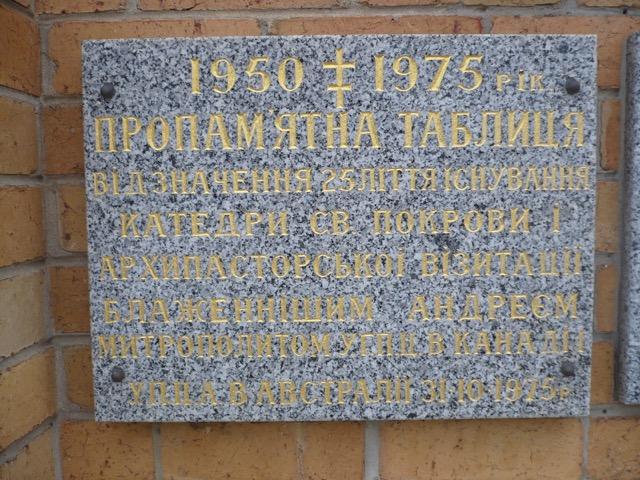 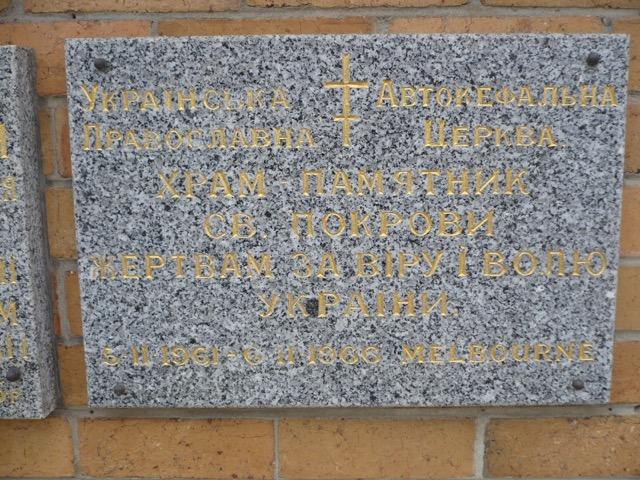 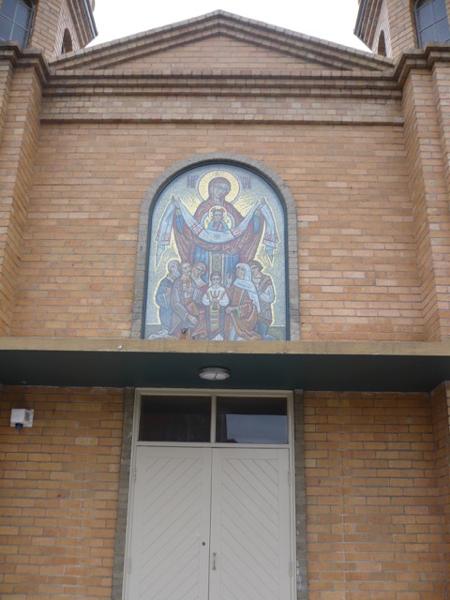 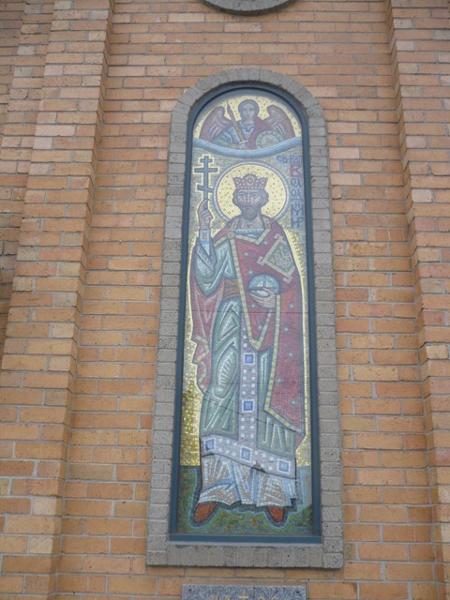 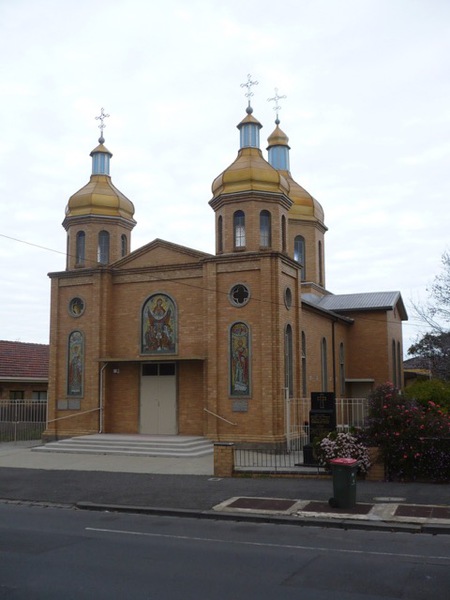 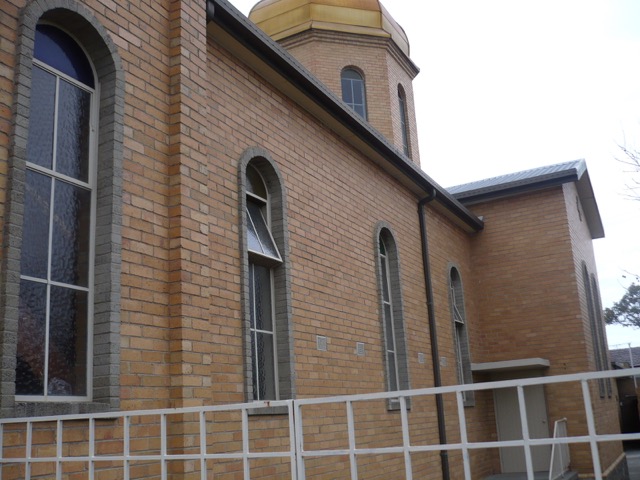 What is significant?
The Ukrainian Autocephalic Orthodox Church (Holy Virgin's Protection Memorial Church), constructed in 1961-66, and Famine Memorial at 91 Buckley Street, Moonee Ponds are significant. This is a large brick church that draws on traditional Orthodox church design and planning, which includes the prominent use of three domes (each crowned with a lantern and surmounted by a cross) representing the Holy Trinity, and the modified linear or Basilican plan with a large rectangular nave and a curved apse at one end. The front elevation has a symmetrical composition around a central doorway with shallow entrance porch. A central pediment is between a pair of towers with the smaller domes that provide the focus. The smaller domes and the larger central dome are all supported upon eight-sided towers with tall arch-headed windows. Flanking the diagonal timber entrance doors (that are accessed by shallow steps in terrazzo) are a pair of arch headed niches with figurative mosaics with memorial plaques below, and oculi above. A larger central arch headed mosaic is over the entrance. The cream face brick is subtly articulated through the use of pilasters, a string course and raised panel at the cornice level and is corbelled at the base. There are tall arch headed windows in the side elevations. Internally, the church has a traditional Orthodox planning being divided into a vestibule, nave and sanctuary with a choir balcony above the vestibule. The nave and the sanctuary are separated by an iconostasis, a wall of icons and religious paintings and doors.

The famine memorial is in the form of a stepped slab in polished black granite, which is situated within the forecourt of the church, on the right side.

The church hall at the rear of the site is not significant.

How is it significant?
The Ukrainian Autocephalic Orthodox Church and Famine Memorial at 91 Buckley Street, Moonee Ponds are of local historic, social and architectural significance to the City of Moonee Valley.

Why is it significant?
The church and memorial are historically and socially significant for the associations with the migration of Ukrainian people to Melbourne in the post-war era.The church demonstrates the rich religious and cultural traditions that Ukrainian migrants brought to Australia, and the continuation of those traditions in this country, and is notable as one of the first Ukrainian Orthodox churches established in Melbourne and Australia more generally in the post-war period. (Criteria A & G)

It is significant as a representative example of a church built by the Ukrainian migrant community, with a layout and design that is derived from traditional Orthodox architecture in Europe. This includes the modified Basilican plan with a main dome and two smaller domes representing the Holy Trinity, the use of traditional Orthodox symbols and iconography, and the internal planning where the nave and the sanctuary are separated by an iconostasis. It has aesthetic significance for the figurative mosaic details to the facade and as a distinctive and prominent landmark within Essendon and Moonee Ponds. (Criteria D & E)