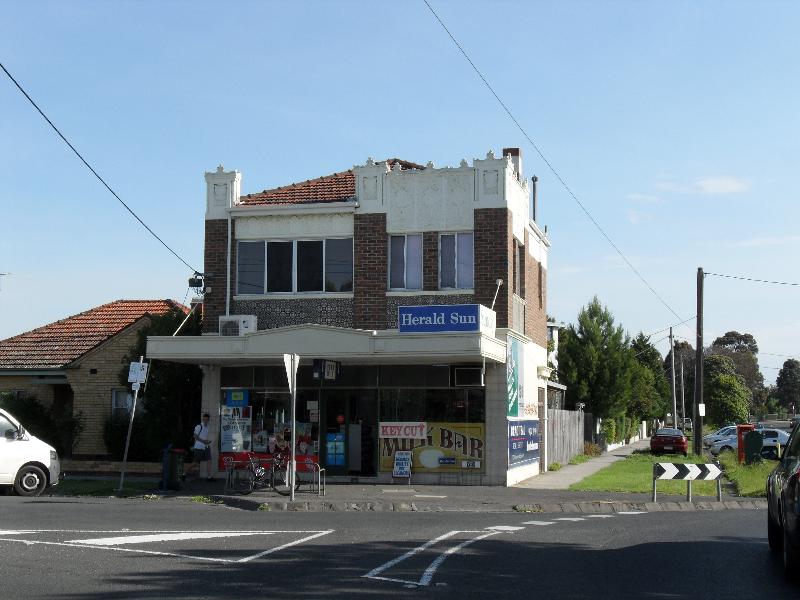 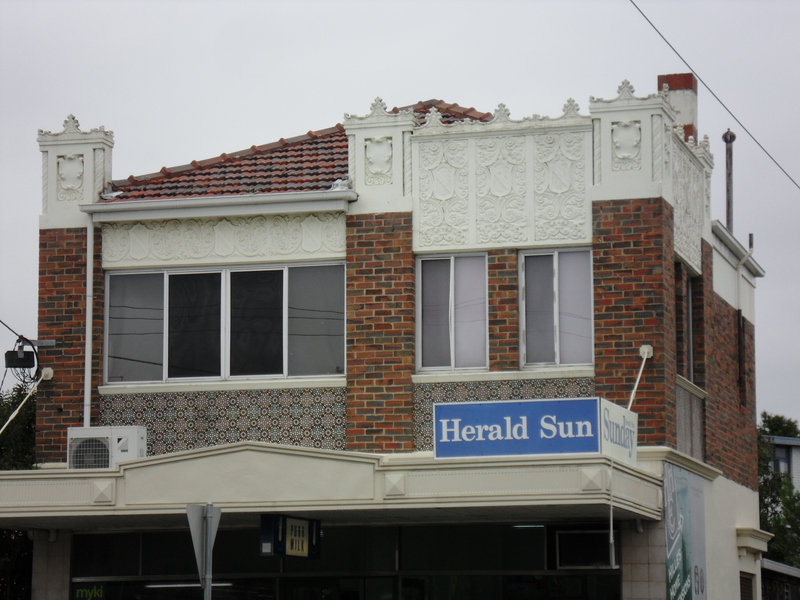 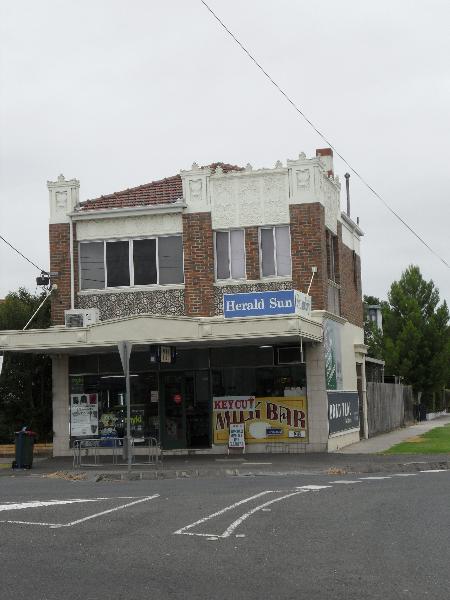 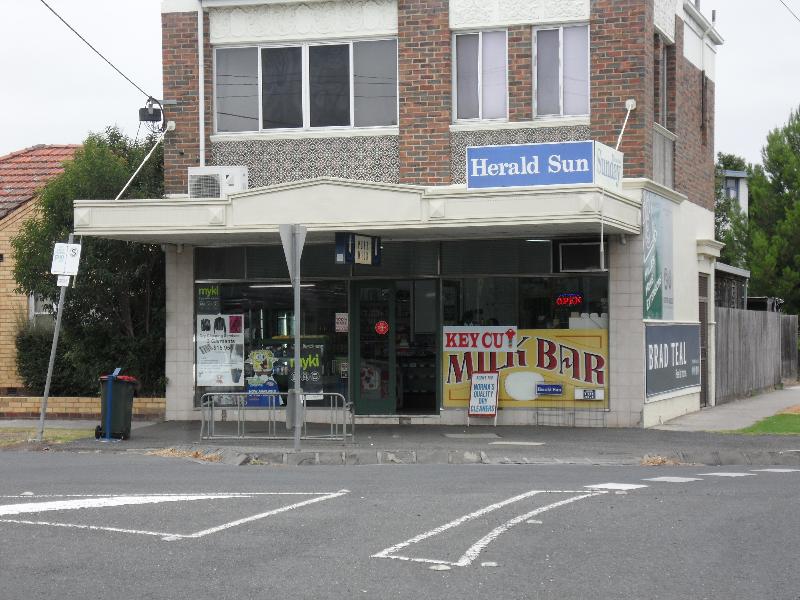 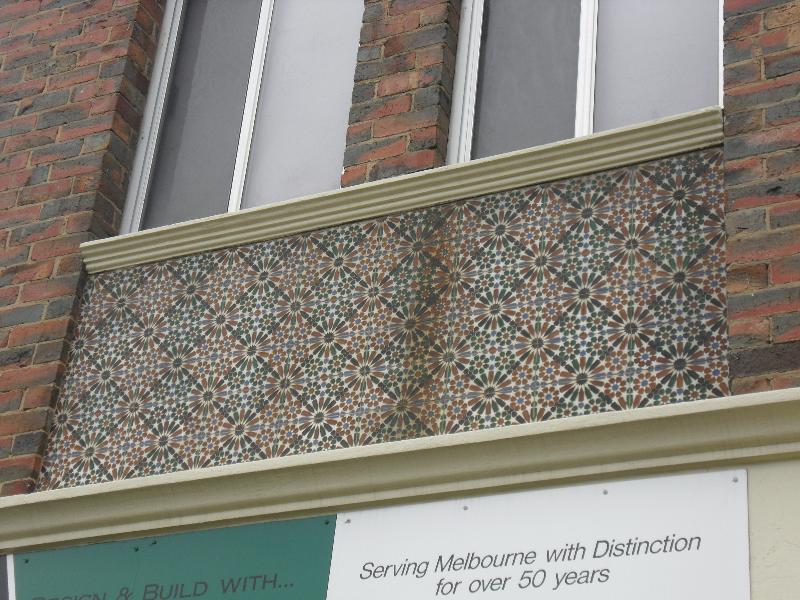 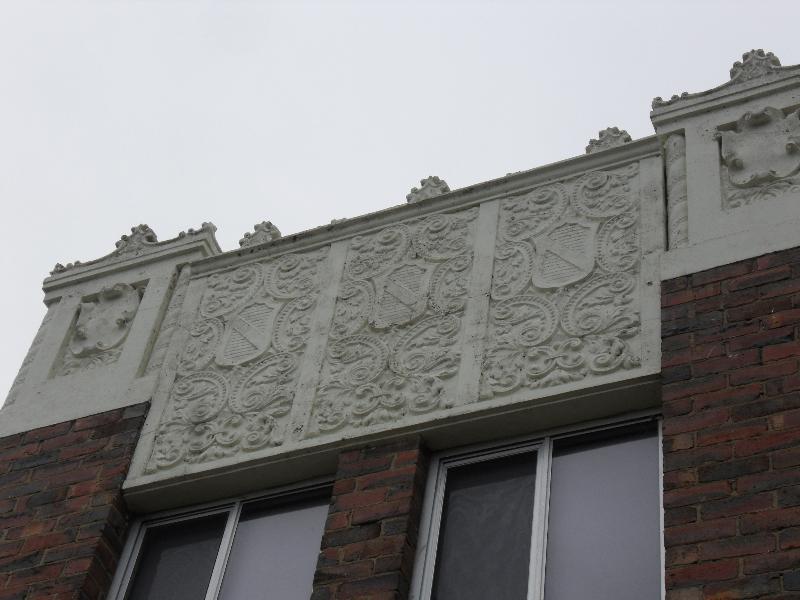 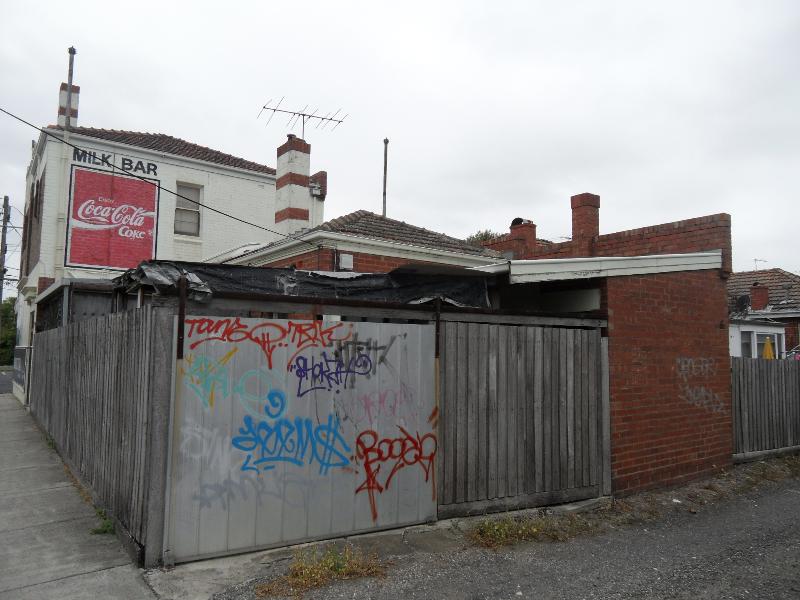 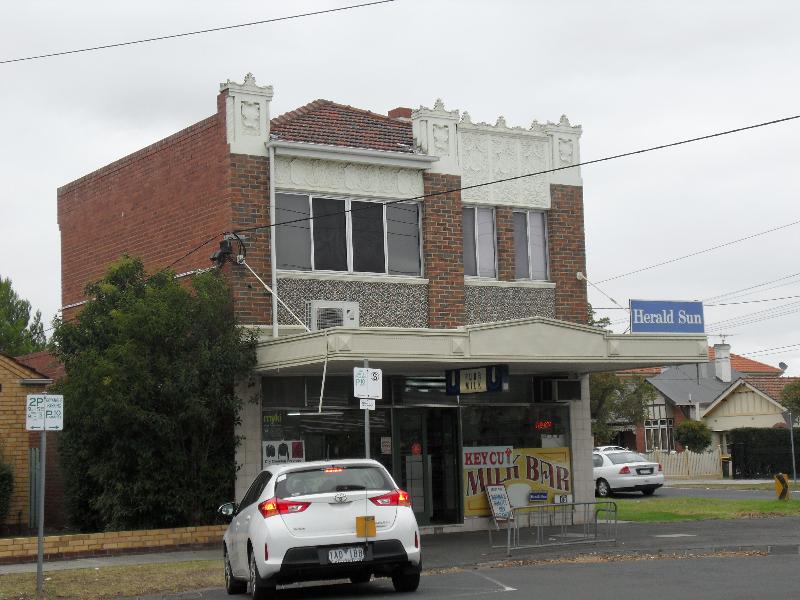 What is significant?
The corner shop at 37 Glass Street, Essendon, is significant. It was built for a Miss E McDonald in 1929 to a design by Melbourne architect Harry Norris.

The building is a two-storey shop and residence on a corner site. Walls are of clinker brick with panels of cast-cement relief and tiles, and the hip roof is clad in terracotta tiles. The facade composition is asymmetric, with one half of the tiled hip roof framed by raised piers and the other hidden by a parapet. A verandah, supported by steel tie-backs, sits above the broad shopfront. The shopfront was replaced c1950s, but is sympathetic in that it has retained the configuration of the original.

How is it significant?
The shop is of local architectural/aesthetic and historical significance to the City of Moonee Valley.

Why is it significant?
It is architectural historicallysignificant for its association with leading Melbourne interwar commercial architect Harry A Norris. His practice was founded in the early twenties and spread interstate through his clients' commercial activity. He was responsible for many notable buildings, including Mitchell House, the Nicholas Building, the Kellow Falkiner Showroom, and Majorca House in central Melbourne. The shop illustrates Norris' translation of a high-end architectural fashion to a suburban context. It is also of architectural and aesthetic significance as a shop in the Spanish Mission style, which was rarely used for commercial buildings in Moonee Valley. It is distinguished for its striking Spanish Baroque cast-cement reliefs and the Moorish tiles of its facade, as well as for its fine verandah, which has a level of detail rarely seen on suburban shops. (Criteria H, B & E)

It is historically significant for demonstrating a bygone aspect of pre-WWII life: Prior to widespread car ownership and home refrigeration, neighbourhood corner stores were an important amenity in residential areas, where day-to-day needs could be purchased. (Criterion A)