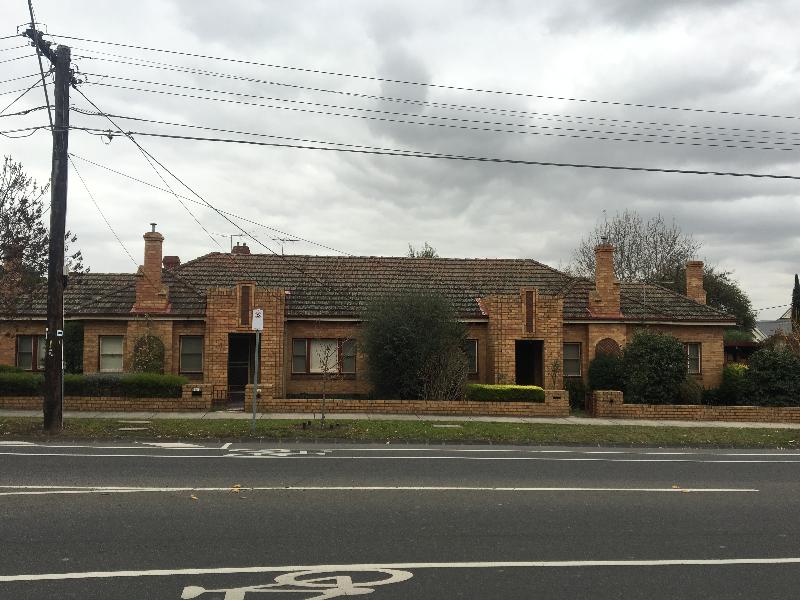 The pair of semi-detached dwellings at 1-3 Albion Street, Essendon, is significant. They were constructed c1940-41 as a rental property for Percy Wheeler.

The significant fabric includes the:

Original building and continuous roof form as a pair of detached dwellings;

garage of number 1 on the Fitzgerald Road frontage.

The carport to No 3 is not significant.

1-3 Albion Street, Essendon, is of local architectural (representative) significance to the City of Moonee Valley.

The semi-detached pair at 1-3 Albion Street, Essendon, is a fine representative example of the Moderne style. The pair is distinguished by the decorative use of brickwork - here, cream with brown manganese accents - to create features such as the stepped chimneys with arched insets of brown brick in a chevron pattern, and the projecting brick porches with parapets feature a fin with contrasting manganese inlay and layered recessing at the edges. Its presence is heightened by the integration of the two mirror-image dwellings in a single building under a continuous roofline. Its significance is also enhanced by the retention of a highly intact setting, including matching front brick fences and mild steel gates, concrete front paths, and the matching garage to No 1 on the Fitzgerald Road frontage. (Criterion D)