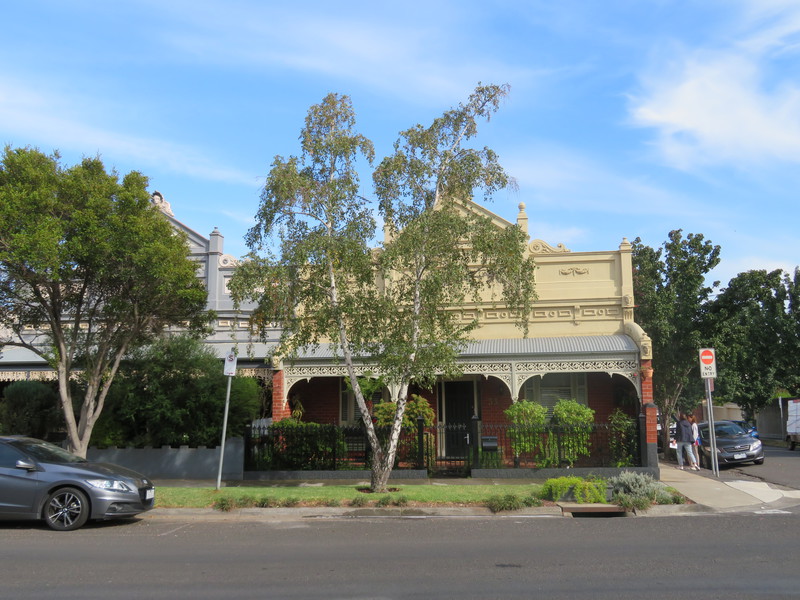 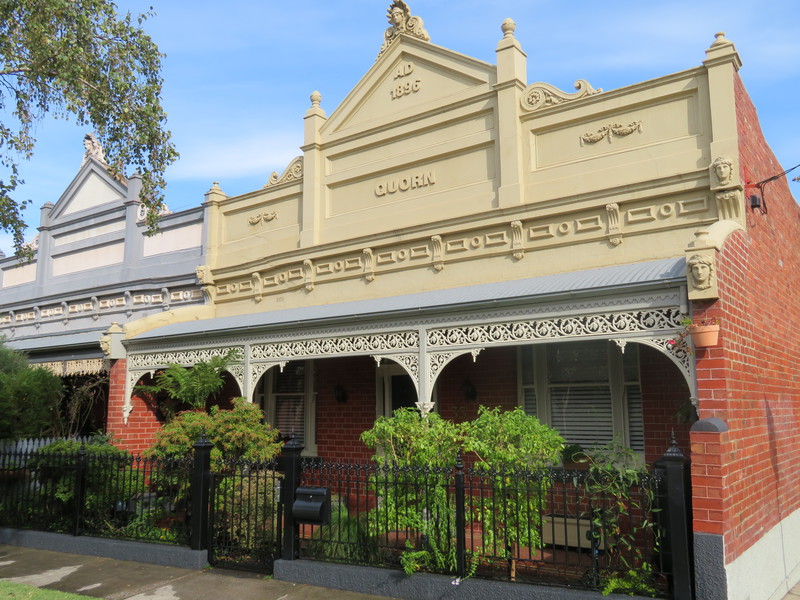 31-33 Flower Street Essendon, a pair of Italianate terraces built in 1893 is significant.

dividing and wing walls, unpainted face brickwork, parapet and its ornamentation, verandah (including columns, friezes and brackets), original chimneys, and

The fences and rear extensions are not significant.

31-33 Flower Street is of local architectural (representative) significance to the City of Moonee Valley.

31 and 33 Flower Street, Essendon, are significant as a pair of Victorian Italianate terrace houses. The City of Moonee Valley's Italianate terraces occur in both single to double-storey form and single and double fronted. Terraces were less commonly constructed than detached houses during the Victorian period in Moonee Valley. Most terraces are single-fronted and sited on narrow allotments, however 31 and 33 Flower Street are part of a smaller typological group of wider, double-fronted terraces that include 5-13 Bank Street Ascot Vale, 1890 (HO157); and 4-14 Wellington Street and 1-11 Shields Street, Flemington c.1888-96 (HO122). This pair of buildings retain its original building and roof forms, parapets, party walls, verandahs and fenestration.

31 and 33 Flower Street, Essendon, demonstrate characteristics of the Italianate style through their decorative rendered surfaces executed in neo-classical design, including triangular pedimented parapets, entablature detail and corbelled brackets. As in most Victorian-era buildings, decorative attention is limited to the front facades with side elevations of the houses executed in plain face brick. The facade symmetry is maintained by the central front doors framed by matching double-hung sash windows with sidelights. Verandahs are supported by slender cast iron Corinthian columns also demonstrating neo-classical design and feature typical decorative cast iron friezes and brackets.

Overall the terraces at 31-33 Flower Street, Essendon, represent an uncommon example of a double-fronted terrace in the City of Moonee Valley, and they demonstrate a high level of integrity and overall intactness. (Criterion D)