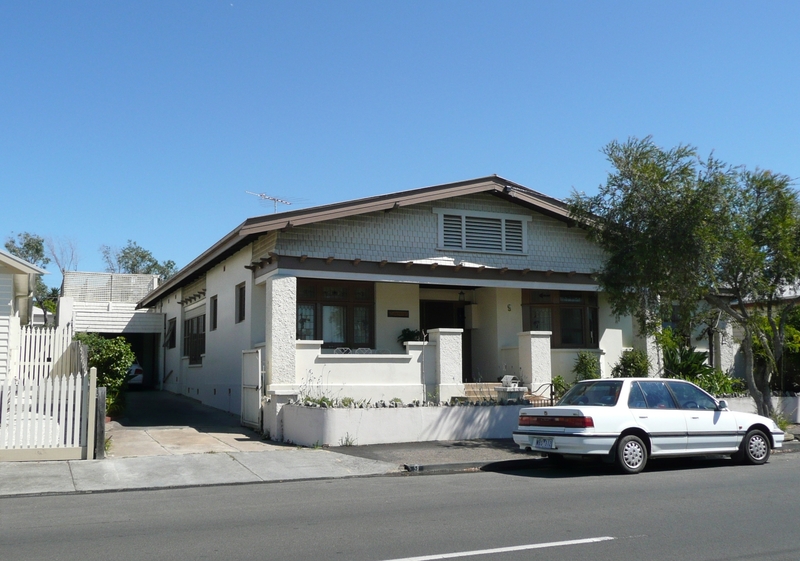 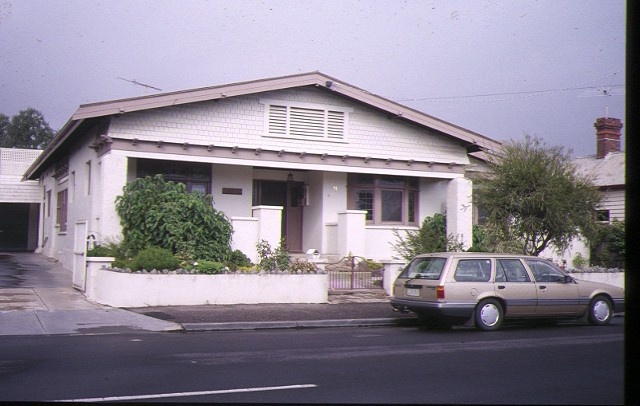 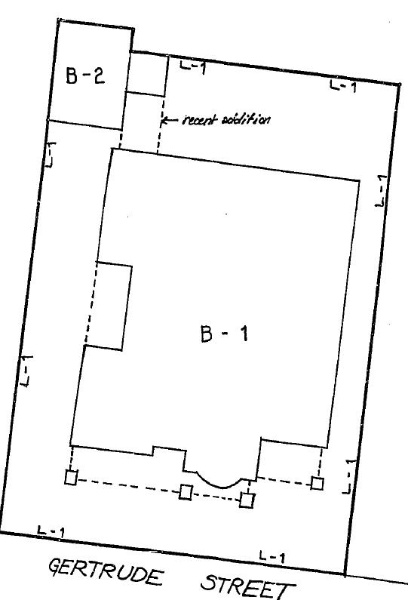 The residence at 9 Gertrude Street, Geelong West was constructed of concrete in 1921-22 for RL Clement. The building of the house is attributed to George Neunhoffer, a local builder with a high reputation for quality work.

The residence, 9 Gertrude Street, Geelong West is of architectural, scientific and social significance to Victoria.

The residence is of architectural significance as an essentially intact, well built and detailed early 1920's example of the Californian bungalow style of architecture. It demonstrates a particularly strong American influence in the use of low pitch roof, broad spreading eaves, dramatic use of heavy timbers and placement of wide solid piers. Both the house and the garage are important for their demonstration of outstanding craftsmanship and decoration in a style contemporary with their date of construction. The use of dark stained timber throughout the building is typical and extensive, as is the incorporation of several well detailed built-in features such as bureaus, the remains of a fold-away bed and shallow fireplaces.

The residence is of scientific significance as an extraordinarily early example of concrete construction technology used for residential purposes. In the pursuit of cheaper building methods after World War I, in-situ concrete was pursued by many and was finished off with a textured or broom-finish stucco. The construction technique became increasingly popular during the 1920s and by the mid 30s concrete houses rivalled those built of brick, particularly in the fashionable end of the market.

The residence is of social significance for its American architectural influence, which is important for cultural reasons that evolved around the 1920s and 30s. At that time Australia was increasingly influenced by many aspects of American life and California was seen as a model for what Australia might one day become.