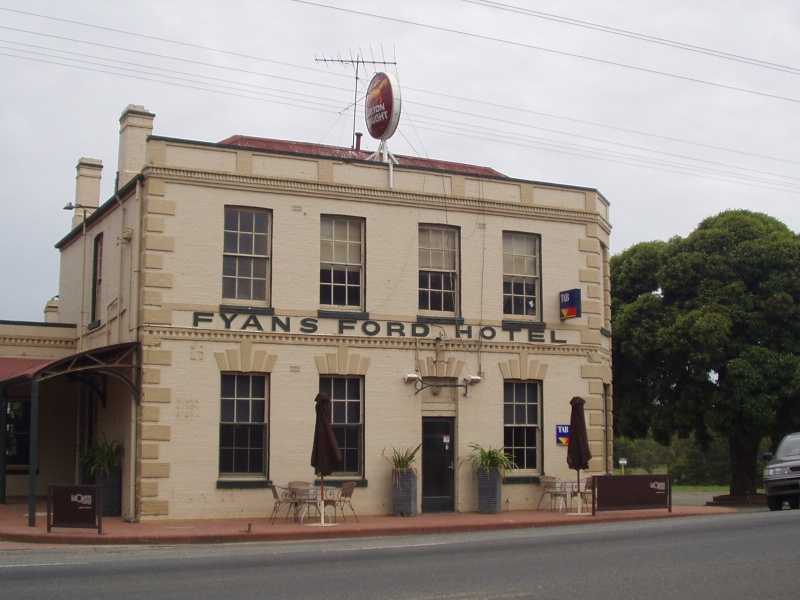 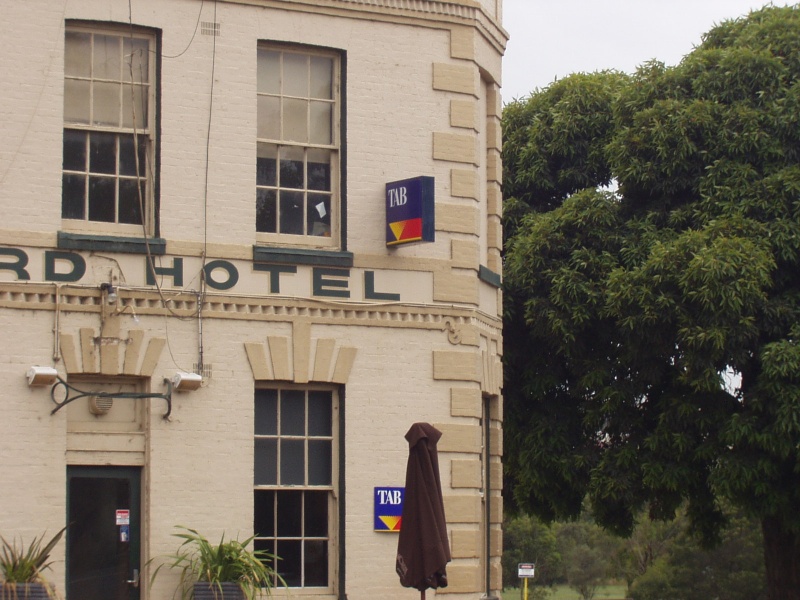 The Fyansford Hotel, near the junction of the Barwon and Moorabool Rivers, marks one of the oldest river crossing places in Western Victoria and the site of the once active Fyans Town. This two storey brick structure, a transitional Colonial Georgian style hotel, was erected 1854-55 for publican C.B. Dawson. The architect is unrecorded. The distinctive symmetrical fenestation and angled corner entrance now enclosed, were characteristic mid-19th century features of public house architecture. The Fyansford Hotel was one of 19 structures built in Geelong and district immediately following the gold rushes. The hotel has important landmark associations with this historic district.