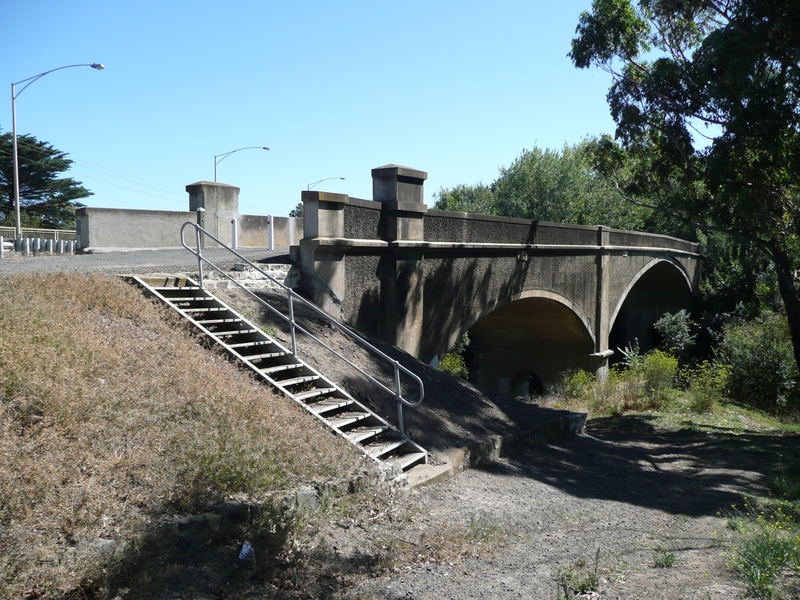 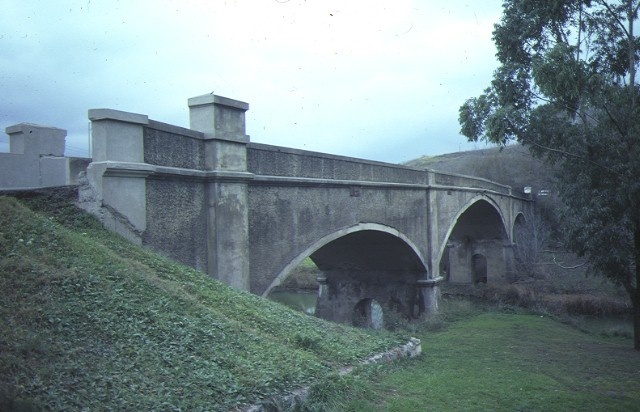 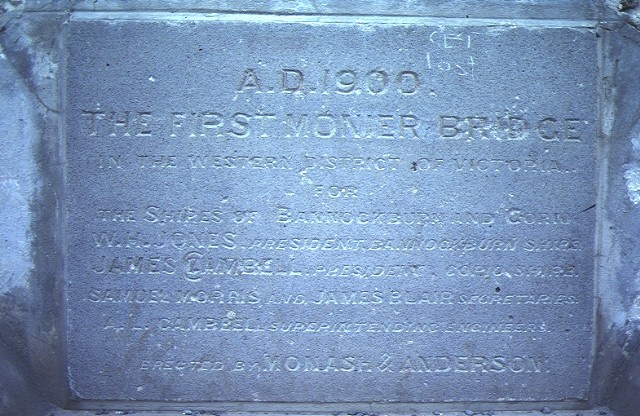 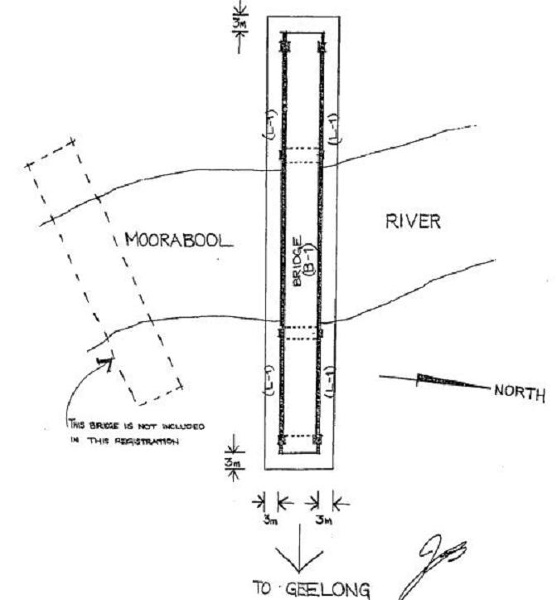 The currently unused road bridge over the Moorabool River at Fyansford was designed and built by Melbourne engineers, Monash & Anderson in 1899. The bridge which was built for the Shires of Corio and Bannockburn, consists of three arches that are constructed of reinforced concrete.

The Bridge over Moorabool River, Fyansford is of architectural, historic and scientific significance to Victoria.

The Fyansford Bridge is technologically significant as an extraordinary example of the revolutionary concrete construction technology developed in Europe in the late nineteenth century and known as the "Monier" principle. The bridge is important in the history of bridge building and its construction technique led to the increased use of concrete for many new structures.

The Bridge, which was designed and constructed by the Melbourne engineers, Monash & Anderson, is architecturally significant as Victoria's second oldest reinforced concrete bridge after the Morell Bridge over the Yarra River, Melbourne. It was however the first of the two to be completed and hence was first in use.

The Bridge is historically important for its association with Sir John Monash, prominent Melbourne soldier, engineer & administrator and JTN Anderson, the engineer who handled this work. Monash & Anderson was the leading designer of concrete bridges between 1897 and 1902. Monash later monopolised concrete construction throughout Victoria. The construction of the bridge at Fyansford and the unsuccessful attempt by Monash & Anderson to recover payment for works, contributed significantly in the dissolution of that partnership.