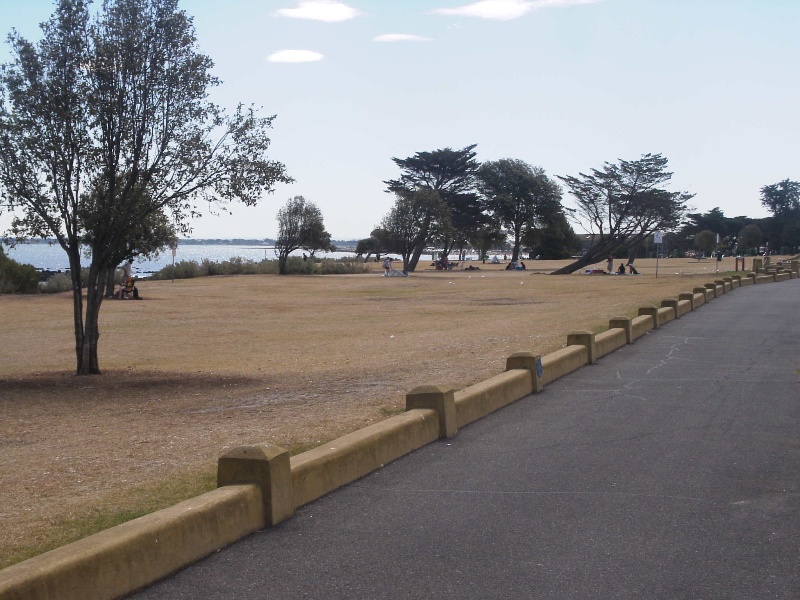 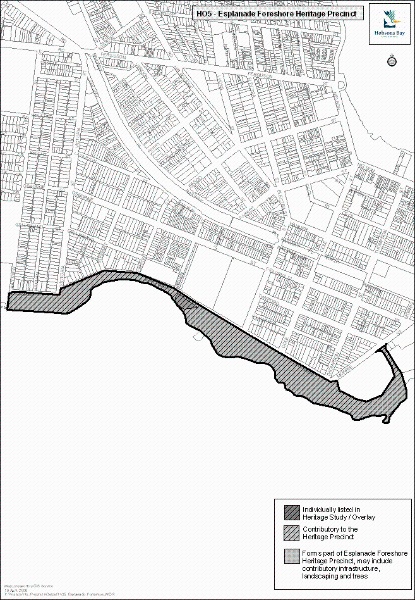 The Esplanade Foreshore Heritage Precinct, whichcomprises the foreshore land adjacent to the Esplanade extending from Thompson Street to Bayview Street in Williamstown.

The Esplanade Foreshore Heritage Precinct is of local historic, social and aesthetic significance to the City of Hobsons Bay.

Historically and socially, the Esplanade foreshore is significant as an illustration of the importance of Williamstown as a place of recreation for over 140 years. It was the earliest public bathing beach developed in the western suburbs of Melbourne and the surviving pre-World War 2 buildings and landscaping illustrate the importance and of the 'Back Beach' whose popularity between the late 1890s and the 1930s rivalled St Kilda on the opposite side of the Bay. (AHC criteria A4, D2 and G1)

Aesthetically, the Esplanade foreshore is significant for surviving buildings and landscape elements that still evoke the Edwardian and Interwar origins of this area and contribute to its historic character.

On this basis, the following buildings and elements contribute to the significance of the precinct: