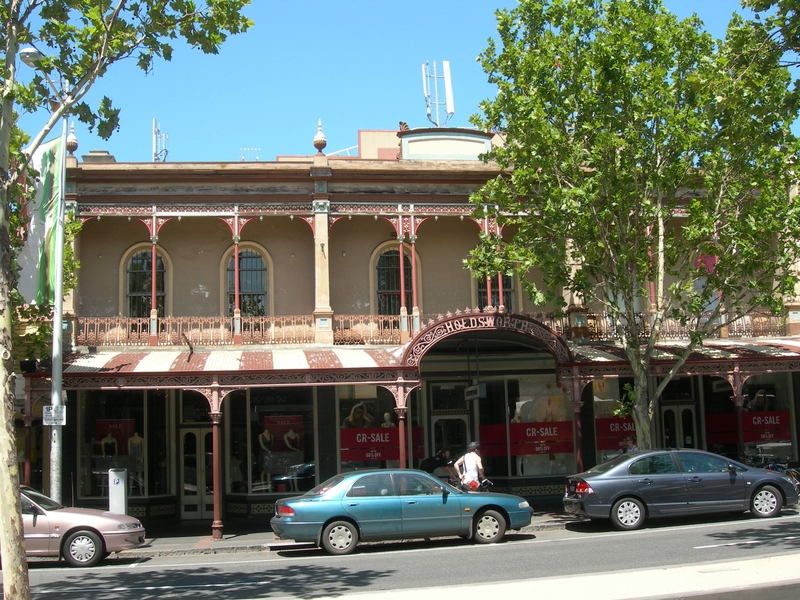 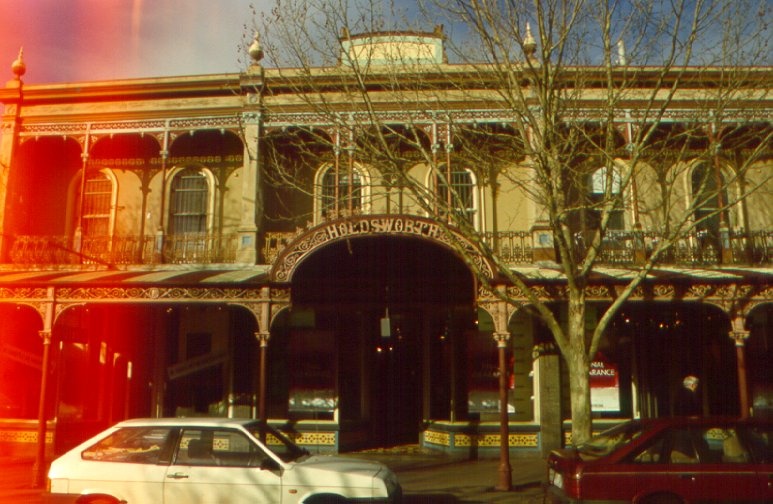 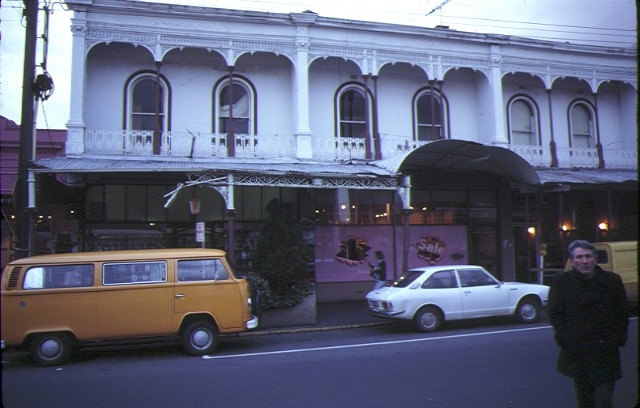 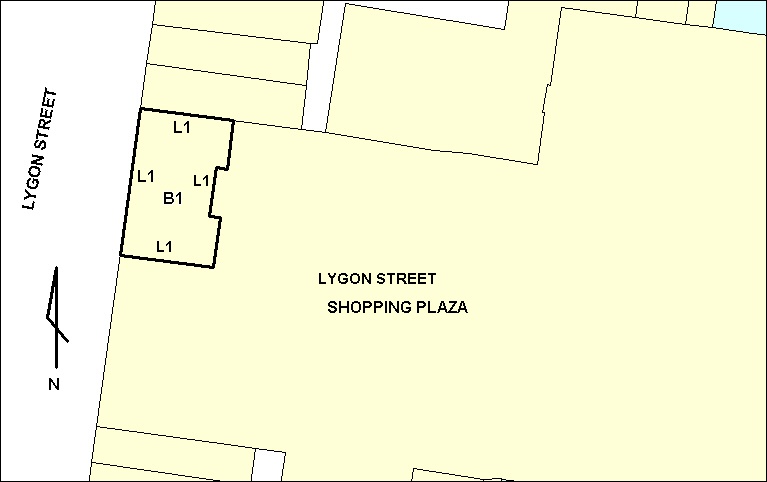 The Holdsworth Building is a row of three shops with residences erected in 1871 by John Daley, a local undertaker. The buildings were designed by architect George R Johnson. In c.1908 Daley sold the buildings to another undertaker, Josiah Holdsworth, whose family ran a prominent undertaking business from the centre shop until 1972 and after whom the buildings are named.

The role of nineteenth century undertakers differed significantly compared to modern companies. Storage of bodies was not normal because bodies were usually kept at home before being collected by undertakers and taken directly to the cemetery. Holdsworth's presided at the funeral of the notorious criminal Squizzy Taylor in 1927, a funeral for which the bill has remained unpaid. The busiest period for the Holdsworth's was during the 1919 influenza epidemic, when up to five funerals a day were carried out by the company.

The buildings are constructed from brick, which is stuccoed on the main facade but face brick at the rear. Each of the three buildings comprises a basement, ground floor retail space and upper floor offices. The full length verandah rests on cast iron columns decorated with Corinthian capitals. The bowed canopy in front of the central shop incorporates the wording Holdsworth Undertakers.

Each shop is accessed from the street via splayed entrances. Each shop has stairs which lead down to the basements, each lined with basalt and brick. The interiors of the ground floor retail spaces, which are open plan, have been totally modernised. The upper storey of each shop is only accessible via a modern stair at the rear, within the shopping plaza. Most of the fixtures and fittings in these spaces have been modernised, although a pressed metal cornice survives in one room. In the roof of the centre building is a lantern light and a pressed metal ceiling. The lantern light was possibly introduced by Holdsworth when he took over the building.

The facade of the upper storey is slightly recessed behind the shop fronts, forming small balcony areas between the projecting party walls of each shop. The balconies have a balustrade of decorative cast iron panels, with cast iron columns and a decorative frieze. The centre bay is distinguished by coupled columns, in contrast to single columns on the flanking balconies.

The buildings now stand on a much reduced footprint, the result of the shopping plaza development in 1984 which removed the rear wings to make way for a retail development.

The Holdsworth Building is of architectural and historical significance to the State of Victoria.

The Holdsworth Building is architecturally significant as an example of a mid-Victorian retail and residential development. The first storey balconies are particularly unusual, notably for the elaborate balustrade of decorative cast iron panels, and the cast iron columns and decorative frieze which are more normally associated with purely residential styles. The verandah, with its distinctive central bowed canopy, is a rare survivor of a type that was once very common in Melbourne.

The Holdsworth Building is historically significant for its long association with the undertaking and funeral trade. The association of the central shop with undertakers, through two firms, extended from the time of its construction in 1870 until the early 1970s. The building, being slightly grand, is representative of nineteenth century funeral parlours which operated primarily as offices. The location of these buildings close to Melbourne General Cemetery demonstrates the close physical relationship between funeral parlours and cemeteries in the nineteenth century.