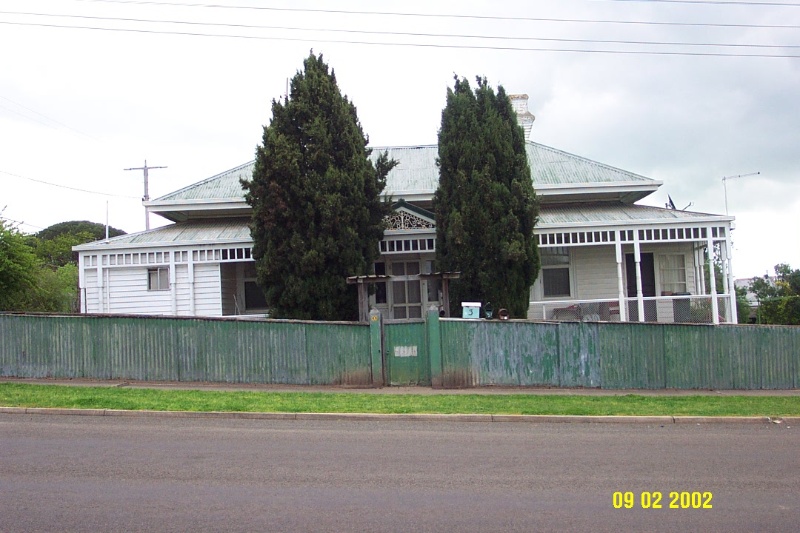 What is significant?
Fintona is a single storey timber house and, formerly, a doctor's surgery located at the north-west corner of Gage and Church Streets, 4 blocks south of the centre of Coleraine. It was constructed in 1893 for Dr Samuel Connor who had recently immigrated from Ireland. The house is typical of the period and situation, being symmetrical about the front door and modest in its detailing. It appears to have been designed by the local civil engineer, Arthur Hill. The corbelled chimneys are of interest. The original fence and remnants of the garden survive. The original timber coach house, stables and loft survive in the north-west corner of the site. Fintona was of the home and surgery of several doctors. The house has been converted into three flats, which has compromised its integrity. The property is in fair condition.

How is it significant?
The residence and former doctor's surgery known as Fintona are of architectural and historical significance to the township of Coleraine and the Southern Grampians Shire.

Why is it significant?
Fintona is of architectural significance as one of a small number of substantial architect designed late 19th century timber residences in Coleraine. Historically it is significant as the home and surgery of several local doctors.