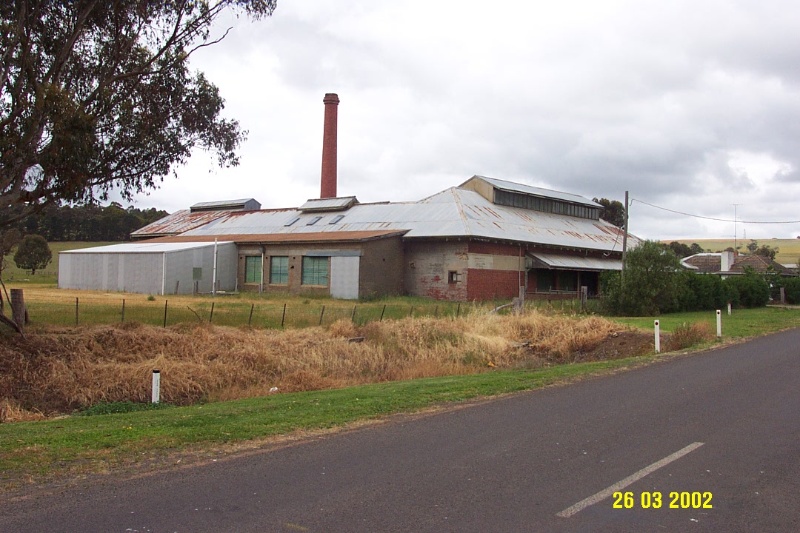 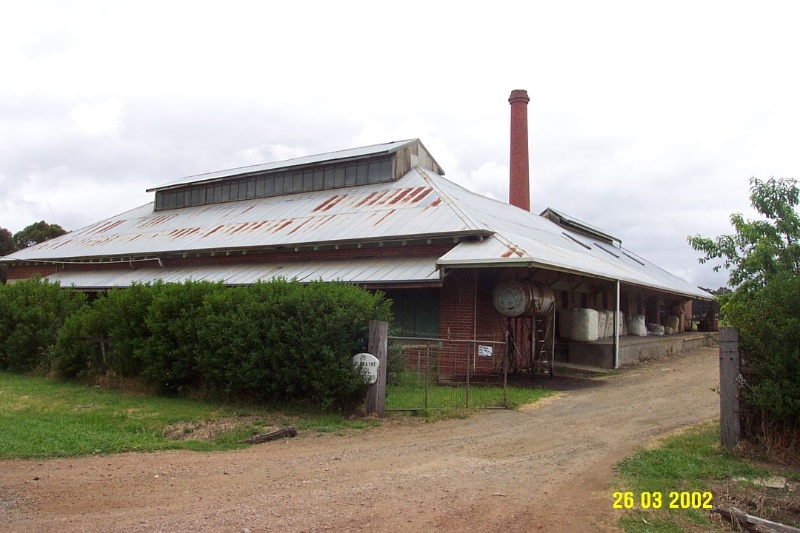 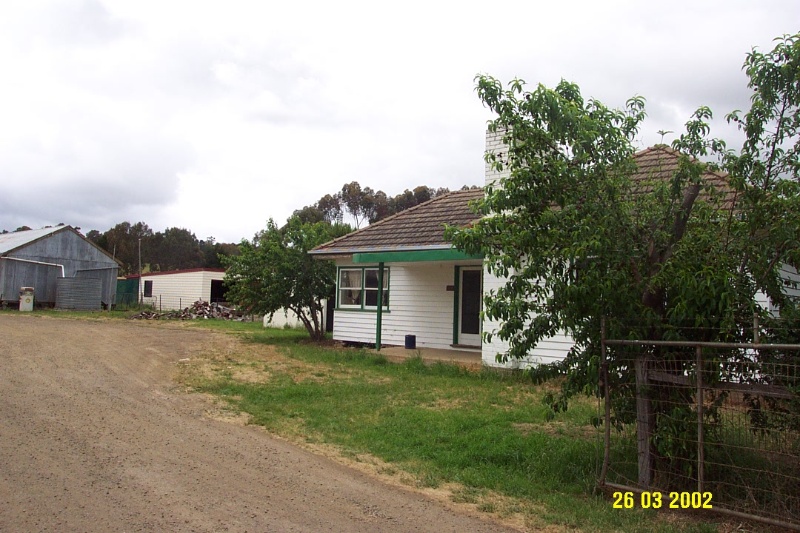 What is significant?
The former Coleraine Butter Factory is an industrial complex situated in Robertson Street, on the eastern edge of the township of Coleraine. Its tall chimney stack is one of the most visible landmarks in Coleraine. The main factory building is constructed of brick, with a corrugated iron roof, and a large lantern window across the main roof ridge. To the east of the main building is a tall shed with a timber open-slatted wall on the south side and corrugated iron roof, together with a brick office building. On the south side of the complex is a large open shed, and a timber house with tiled roof built in 1943 for the factory manager. The factory buildings are in good condition and retain a good a degree of integrity.

How is it significant?
The former Coleraine Butter Factory is of architectural and historical significance to the township of Coleraine.


Why is it significant?
The former Butter factory is of historical significance to the township of Coleraine as a representation of a dairy industry which started in the area around the turn of the Century. It is of historical significance for the physical reminder of a previous industry within the township associated with closer settlement, and a way of life which is no longer supported. The Coleraine Butter factory is historically important as it is only one of two such factories in the study area. It is of architectural significance as one of the few surviving industrial complexes within the township of Coleraine, and the visual impact of the smoke stack which is a dominating landmark in the township.
Show more
Show less
All information on this page is maintained by Southern Grampians Shire. Click below for their website and contact details.