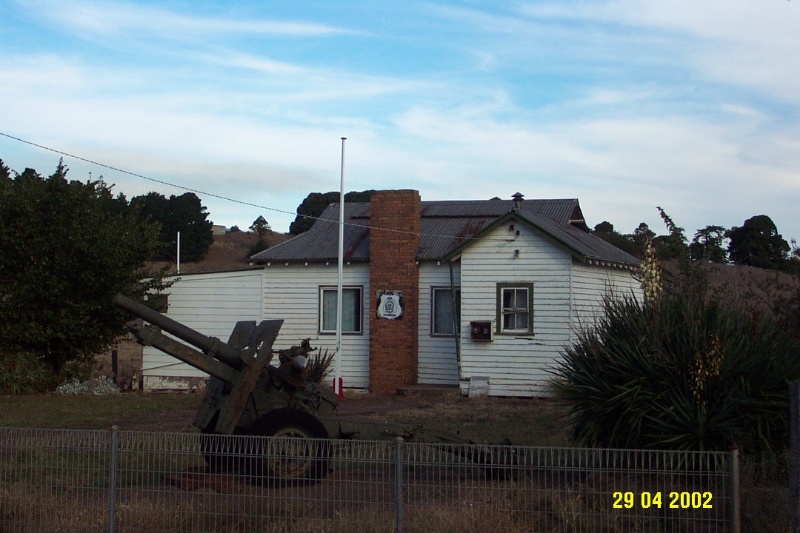 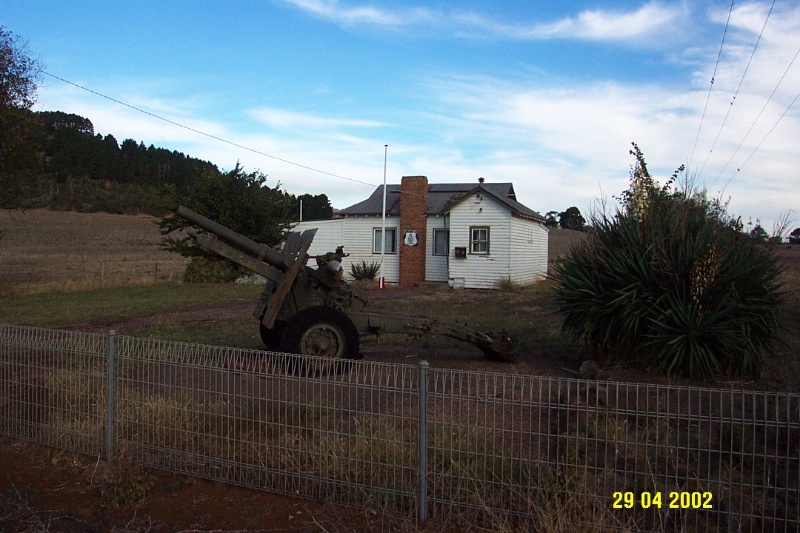 What is significant?
The RSL Hall, Ritchie Street is a small weatherboard building located in Ritchie Street, on the edge of the township of Penshurst, and on axis looking north down French Street. It is not certain when the hall was built but it appears to date from the early 1920s. No designer or builder has been associated with its construction. It has been altered and extended but remains substantially intact and in good condition. The flagpole outside the front entrance is a key element in the significance of the place as is the cannon, moved in 1995 from the Penshurst Botanic Gardens.

How is it significant?
The RSL Hall, Ritchie Street is of historical and social significance to the Southern Grampians Shire and to the township of Penshurst.

Why is it significant?
The RSL Hall, Ritchie Street is of historical and social significance as the focus for the activities of the Returned Servicemen's League and the commemoration of those who served and died in active service.