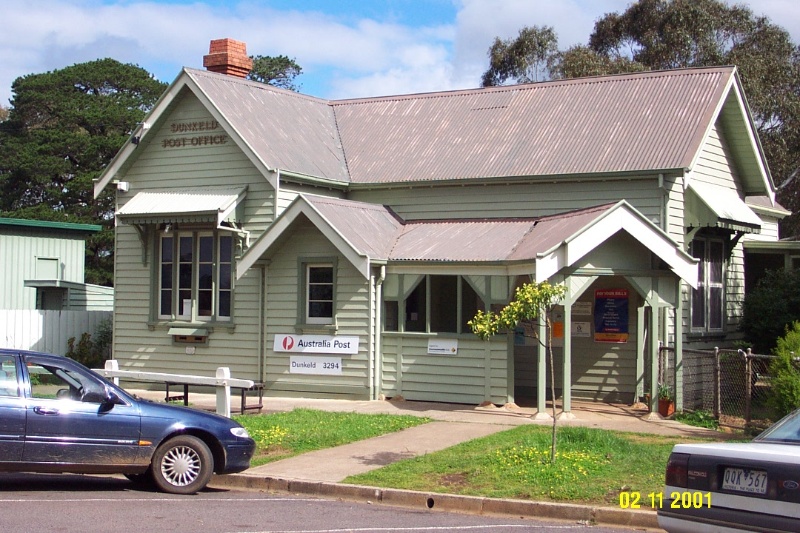 What is significant?
The Dunkeld Post Office is a single storey asymmetrical timber building with a verandah, subsequently enclosed at dado level, which includes a projecting corner pavilion. The post office is located on the south east corner of Sterling and Wills Street in the township of Dunkeld. The first post offices were located in insubstantial huts, valued at less than half the rated amount for a simple house in the township. The present post office was not built until the 1890s when it also provided telegraph services. The telegraph had reached Hamilton from Portland as early as 1861 and came through Dunkeld in association with the construction of the railway line late in 1877. The post office is in good condition and retains a high degree of external integrity, although the interiors have been much altered and modernised.

How is it significant?
The Dunkeld Post Office is of historical and architectural significance to the township of Dunkeld and the Southern Grampians Shire.