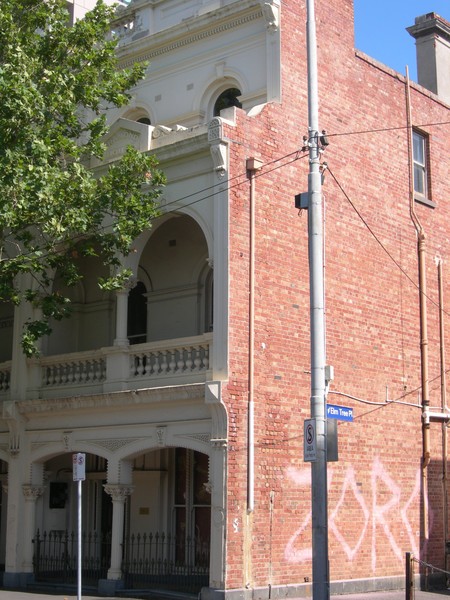 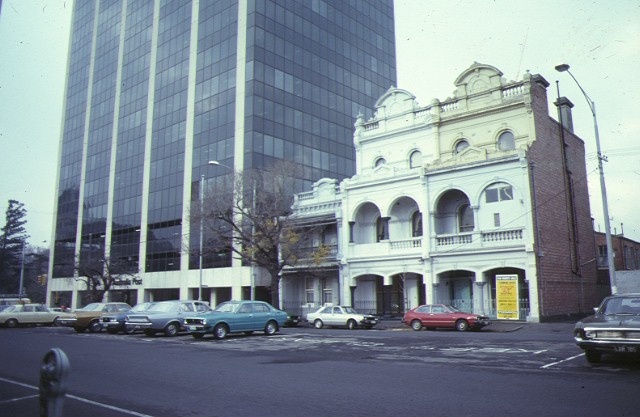 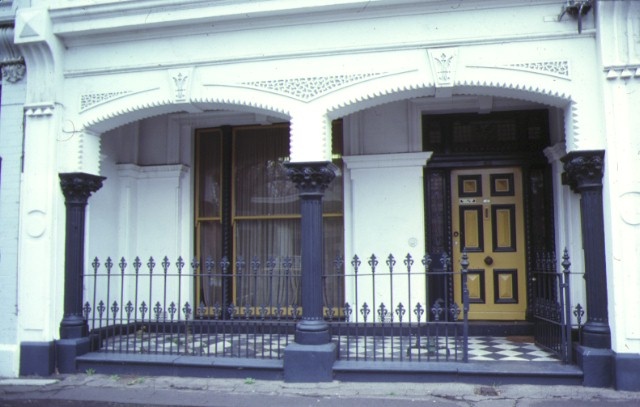 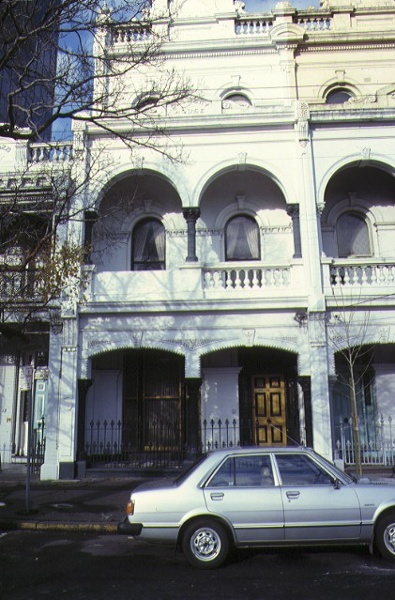 Dalmeny House was erected in 1888 by the Paterson family. It is one of a pair of houses designed for the Patersons by the architect Thomas Watts and built by A Oliver. The Paterson sold Dalmeny House in 1890 to an artist, John Brunton. Dalmeny House is in the so-called boom-style classicism, with a characteristic range of classical elements and free detailing. It is a three storey house of brick construction with a rendered facade and a two storey verandah. The ground floor level of the verandah is treated as an arcade composed of stilted segmental arches with nail head mouldings and rustication to the spandrels. A simple iron palisade fence runs along the line of the arcade. The upper storey is a loggia with semi-circular arches. The main parapet is very elaborate with a baroque broken pediment flanked by scroll work and balustrades. Other details include an antefix, decorated keystones, masks and urns.

Dalmeny House is of architectural and historical significance to the State of Victoria.

Dalmeny House is architecturally significant as a prominent landmark of the Queensbury Street precinct and unusual example of its type. Dalmeny House survives intact with its neighbour Cramond House as an unusual example of the so-called boom style classicism, notably for the highly mannered treatment of the verandah and unusual decorative elements including nail head mouldings and rusticated spandrels to the arcade.

Dalmeny House is historically significant for its close association with Melbourne artists and writers. Together with its neighbour Cramond House, it was the regular meeting place in the late 1880s and the 1890s of a large group of Melbourne artists and writers, including one of the first owners of Delmany House, John Brunton. Others in the group included John Ford Paterson, his brothers Hugh and James, Arthur Streeton, Frederick McCubbin, Max Meldrum and Louis Esson. Dalmeny House was also the residence of Hugh Paterson, a member of the Paterson Brothers firm that almost monopolised the decoration of homes of the wealthy, as well as public buildings such as Government house, Melbourne Town Hall and the library at Parliament House.