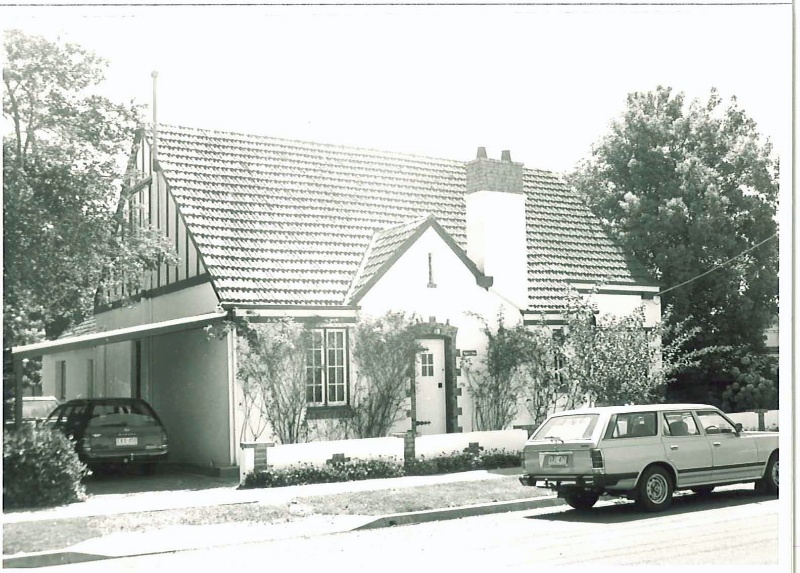 SIGNIFICANCE: »One of the few Picturesque style bungalows in Hamilton, Budock Vean is also significant as a complete transformation of an earlier house.

One of the few Picturesque style interwar bungalows in Hamilton, this house replaced or, more likely, incorporated an earlier brick house which had been constructed in 1866 or earlier for and by William Dunn, builder and bricklayer. ([i]) The original house was still there in 1892. ([ii]) Mrs C M Brentnall is listed as the owner/occupier in 1938 of a house on the site. An amendment to the 1938 sewerage plan indicates the removal of the front verandah and in 1980 the current owner, Graeme Richard Ralph, was responsible for a garage extension. By 1986 the owner is listed as J R M Miller. ([iii])

The house capitalises on its position relative to the street and maximises its appeal with the Picturesque use of materials and details. Of particular note is the massing of the front porch and chimney. The simple planting and rambling rose compliment the architectural style of the house. It is substantially intact and in good condition. Like its near neighbour, the house at the corner of Kennedy and French Streets, Budock Vean is one of several houses in Hamilton which have been completely transformed from their original appearance.