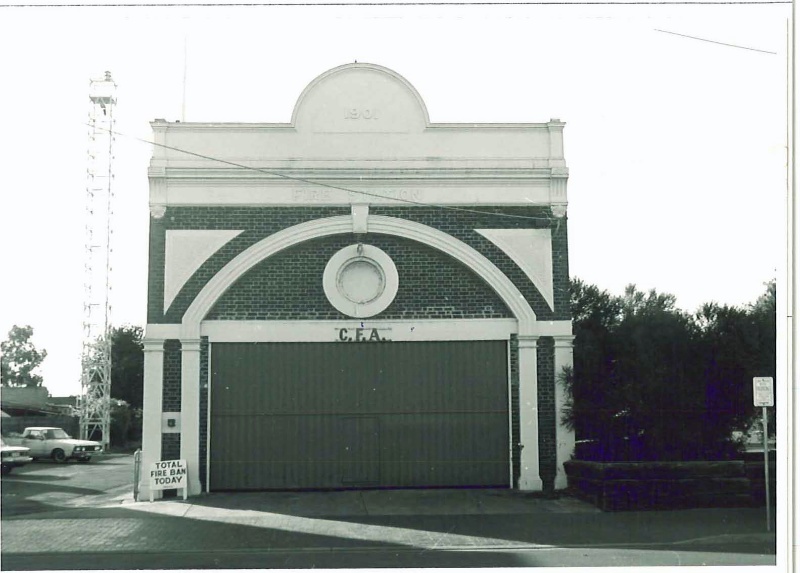 SIGNIFICANCE: As the building housing the CFA and for its importance in this part of the Gray Street streetscape.

This building has local significance for its architectural interest as a fire station in the late Classical style and for its historical associations with the Hamilton Fire Brigade, a volunteer fire brigade, having been formed as early as November 1880. ([i]) An earlier fire station was located in the Town Hall Reserve in part of Crown Allotment 16, Section 8 in Gray Street. ([ii]) The Hamilton Fire Brigade was rated for its new site in 1901, ([iii]) and the building was completed by 1902. ([iv]) The facade has been altered to accommodate larger vehicles thereby compromising its integrity but the building is in good condition.