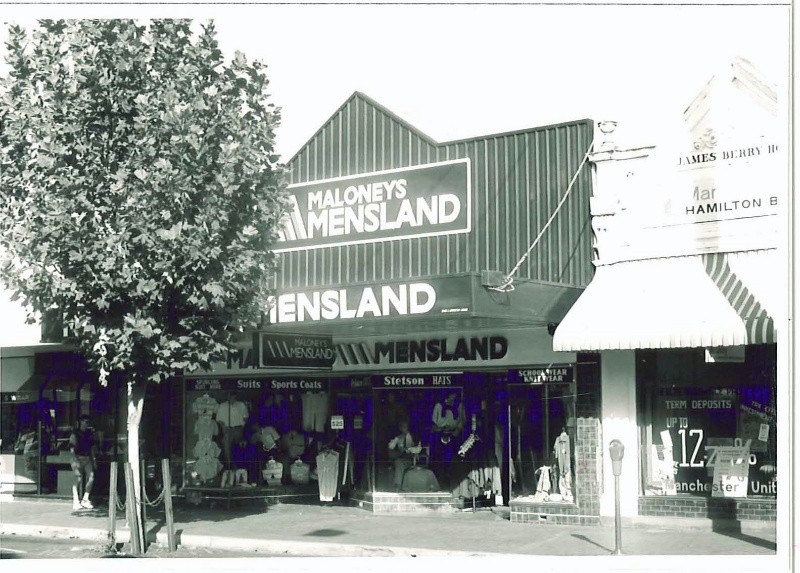 SIGNIFICANCE:
The original shopfront by the Melbourne shopfitters, Gill & Co survive as may well the facade behind the parapet cladding.


This building, constructed c1938 for G M O'Neill, ([1]) has local significance for its architectural interest as a Moderne style shop with Gill shopfronts and for its historical associations with a number of Hamilton townsmen, including, in 1947, S Robson, chemist. ([2]) Robson's Pharmacy is now at 160 Gray Street. The earliest owner, G M O'Neill, was quite likely related to Thomas O'Neill, well known Hamilton haberdasher and draper, secretary of the Hamilton Progress Association in 1908 and a leader in the Ratepayers' Association founded in 1933. ([3])


The building has suffered a superficial loss of integrity by the introduction of cladding over the clerestory and parapet. The shopfronts are remarkable for their planning. The cantilever verandah would be original but may have been refaced. The building is in good condition.