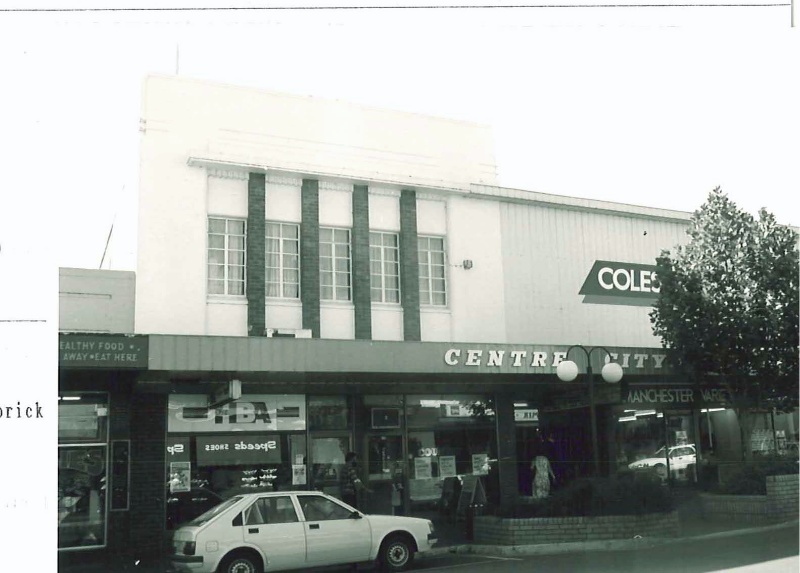 SIGNIFICANCE: One of the largest shop buildings in Gray Street, this dominates the highest ground with its two stories. It is in fact older buildings refurbished.


This building has local significance for its architectural interest and for its historical associations with the Coles-Fossey firm and, earlier, with David Laidlaw & Co. and with A Miller & Co., the owners of Miller's Department Store at 121 Gray Street. Structural alterations were made to the building for David Laidlaw & Co. c1936. ([i]) The architect for these alterations was almost certainly Harry Norris, who was associated with a number of building works for Coles and this is comparable to his other designs. ([ii]) By 1978 Miller & Co. occupied No. 111 Gray Street. ([iii]) Coles New World Supermarket in Gray Street (corner Brown Street) came to Hamilton in 1973-74 taking advantage of the loss by fire of the originally building on that site. ([iv])


The Coles building which is `streamlined' is of extra interest as a foil to the many local designs of Seabrooke and Fildes who followed a rather different stream based on Dutch precedents. Norris is now well known for his adaptability to various styles using them to conjure up associations advantageous to his clients. ([v]) The architect was constrained by the forms of the existing buildings. The existing cantilever awning was new in 1936. Some of the shop fronts have been altered and the arcade has been remodelled. Otherwise the building is relatively intact and in good condition. It forms an important part of the streetscape because of its length and scale.