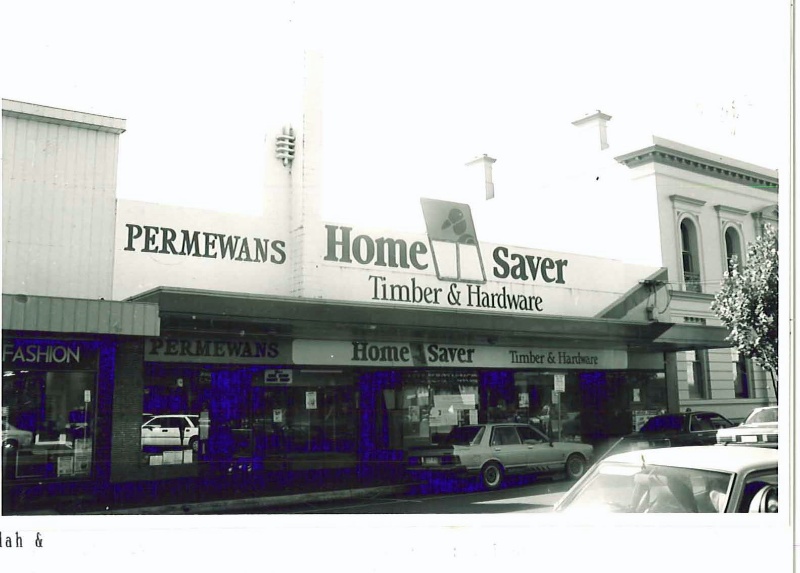 SIGNIFICANCE: Formerly Miller's Department Store, this site has always been a main element in the commercial section of Gray St and a local landmark. The avant garde Melbourne architects, Seabrook and Fildes were responsible for the Scullion's shops as well. The island showcases are special.


This building has local significance as an earlier shop completely rebuilt and remodelled for A Miller and Co in 1937 by the avant garde Melbourne architects, Seabrooke and Fildes. Just at this time they designed the revolutionary MacRobertson Girls High School in South Melbourne. They also designed the Scullion's shops at 196 Gray Street as well as many other projects. An illustration of the remodelled Miller's store appeared in the Royal Victorian Institute of Architects Journal of May 1937 and in the Argus of 25 November 1937. ([i]) It was built by the prolific local builder with whom they were closely associated, Reg Williams. Fildes gave Williams the design and specification of a house, 355 Gray Street, as a wedding present. ([ii]) The architects used their favouite motif, a glass brick tower, to give a vertical punctuation to the design. Hamilton Sewerage Authority plans show an early (1937?) plan of the building with stables at the rear and a record of alterations and additions for Thomas and Taylor, A Miller and Co, in 1962 and 1975. ([iii])


Miller's Store was the largest in Hamilton, in a key commercial location and promoted itself vigourously as the best place to shop. The G J Coles store, next door, was Miller's main rival. It used the architects' rendering of the shop for years afterwards, reflecting its "moderne" approach to retailing. For some time the building was used by Permewans and later became a Homesaver store. It is now vacant. The building has been little altered except for superficial changes and is significantly intact. It is in good condition.