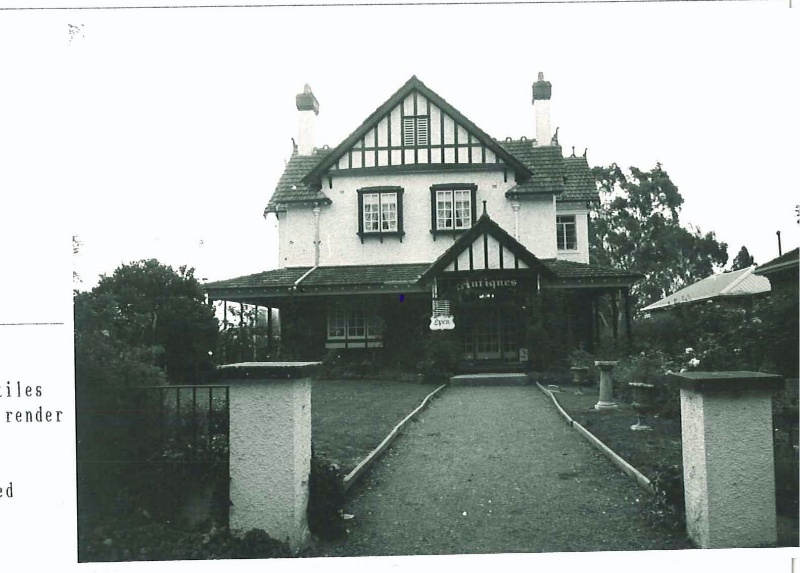 SIGNIFICANCE: »Notwithstanding the verandah, a very English version of the Federation style, the house was probably designed by Walter Butler. It has important associations with leading townsmen.

This building has regional significance for its architectural interest as a fine example of the Queen Anne style house and for its historical associations with Harold Learmonth (1863-1933) of Peter Learmonth & Co., stock and station agents and auctioneers, a prominent Hamilton townsman and mayor. ([i]) It was probably designed by the leading society architect, Walter Butler. He was active in the area at this time and associated with the Learmonths. ([ii]) The house is an important foil to both Eildon, now the Napier Club building, designed by Ussher and Kemp in 1904 and Myrniong, designed by Butler (or Henry Kemp) in 1906. All three architects were closely associated. ([iii]) Notwithstanding the verandah, it is a very English version of the Federation style and hints at the Arts and Crafts movement in its detailing.

The Gables, built in 1908, ([iv]) replaced an earlier timber house on the site owned at first by Sigismund Jacoby, storekeeper, and by Learmonth in 1890. ([v]) Learmonth's brother-in-law, Dr David Laidlaw, Medical Superintendent at the Hamilton Hospital, built his mansion Eildon, around the corner at 34 Thompson Street, in 1904. The house remains significantly intact and is in good condition. Being the largest residence in this part of French Street it plays a critical part in the streetscape. It also has an important relationship with the Botanic gardens opposite. ([vi])

[vi] Walter Butler was a landscape architect and, having designed an important garden at Myrniong, may have done so at The Gables.