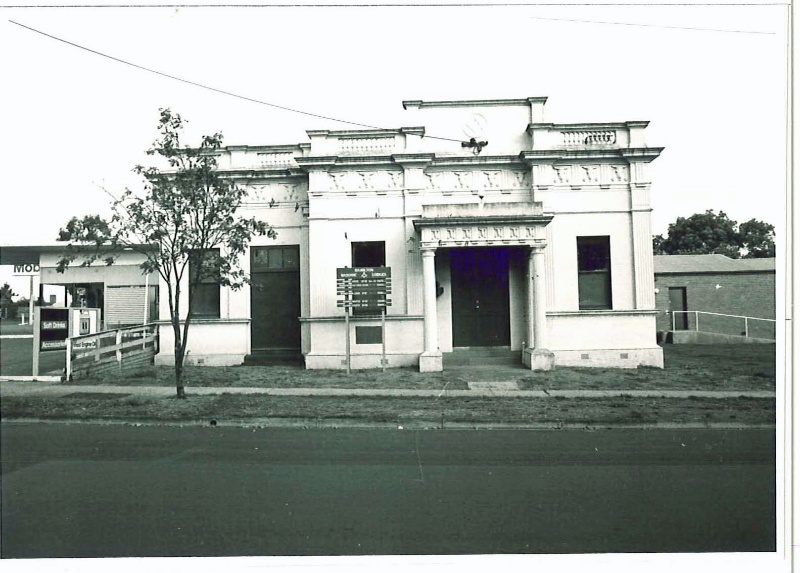 SIGNIFICANCE: »A key surviving building in this streetscape and for its architectural expression of the principles of the Masons

This building has regional significance for its architectural interest and for its historical associations with Hamilton's Freemasons, a powerful local group as in most Victorian country towns, - particularly with the facade's designer in 1915, local architect and Worshipful Brother in the Masonic Fraternity, Frank Hammond. ([i]) Hammond (1858-1932) was also Hamilton's Town Clerk from 1887 to 1890 and again from 1902 to 1923 and Town Engineer from 1902 to 1927. He designed many important Hamilton buildings including the `fever ward' at the Hamilton Hospital, with Butler in 1897, Samuel H Palmer's splendid residence at 4 McIntyre Street (1901) and 1903 additions to the Mechanics' Institute at 47 Gray Street. Hammond was responsible also for a detailed beautification scheme relating to the conversion of Market Square into Melville Park completed in September 1909. ([ii])

The choice of a classical style was mandatory for Hammond as the architectural expression of the principles of the Masons. The use of skulls in the frieze and other overdrawn if not Mannerist classical detailing is notable but overall the design is old-fashioned which is typical for the architect. The building is significantly intact and in good condition. It is a key surviving building in this streetscape.