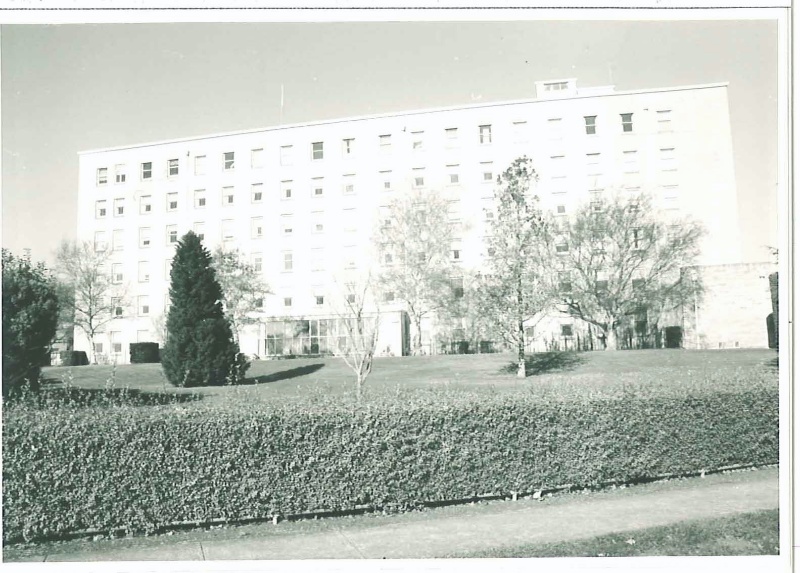 SIGNIFICANCE: Built immediately after the Second World War to accommodate the very large number of nurses and trainees who worked at this regional hospital.

STATEMENT OF SIGNIFICANCE
Princess Margaret Nurses Home
Foster Street
This large complex has regional significance for its architectural interest as a hospital with diverse components constructed over a long period from the 1860s to 1980s. It has historical significance for its important role within the Western District region and for its associations with a number of prominent local doctors including Dr David Laidlaw, who was Medical Superintendent in the pre-1920 period and Dr Samuel Fitzpatrick who replaced him. (i) The complex has social significance for its replacement, in 1904, of male warders with female nurses. (ii) The hospital also has industrial importance as a local employer and in the 1980s was the largest single employer in the town. (iii)

The Princess Margaret Nurses Home is the largest building in the complex and probably the largest in Hamilton. It was finally opened in 1955 to accommodate the very large number of nurses and trainees at the Base Hospital. It was designed in the International Style, the automatic choice for such a building at that time. Its clean functional lines are a perfect expression of the spirit of advance and optimism which lies behind the style. It remains significantly intact and in good condition. It is the most dominant building in the Hospital complex and in this part of Hamilton.