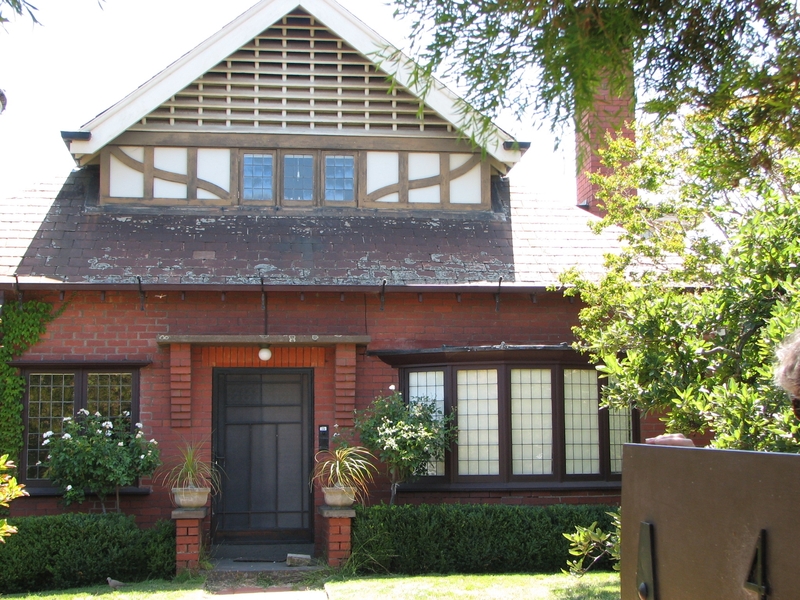 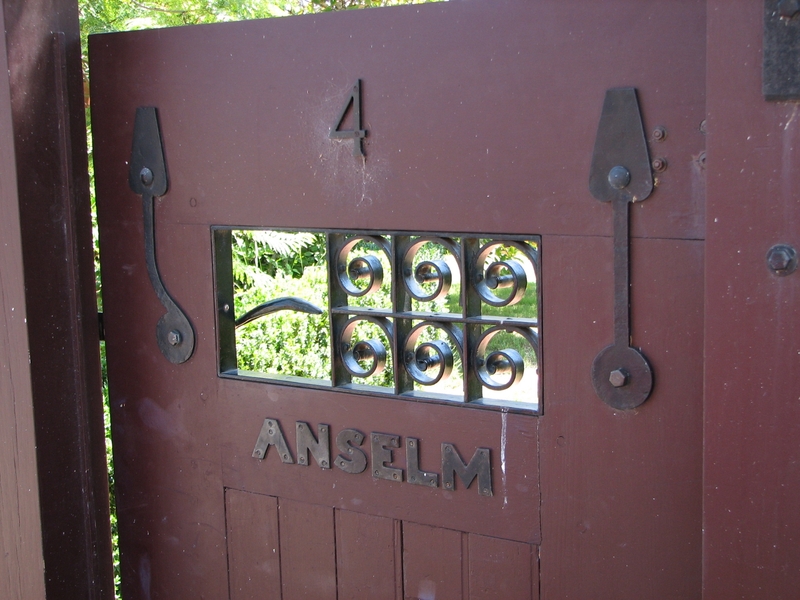 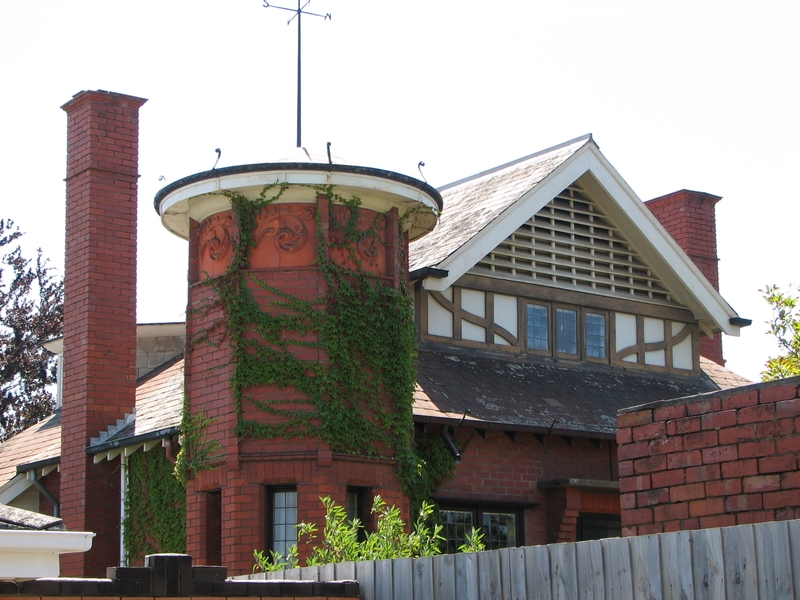 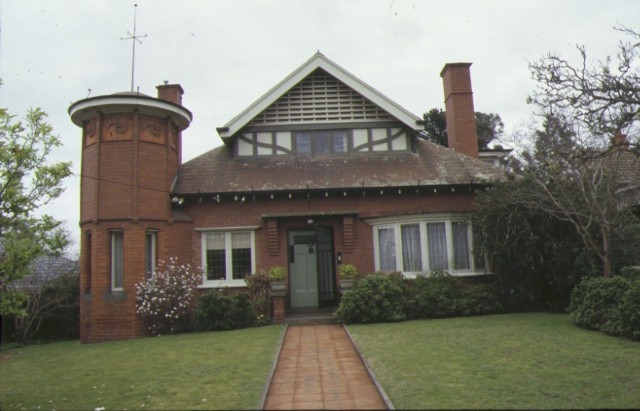 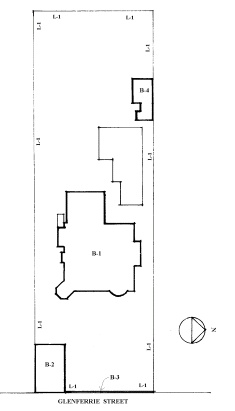 What is significant?
Anselm was designed by noted English born architect Robert Joseph Haddon(1866-1929) as his own house and constructed in 1906. A single storey Arts and Crafts influenced red brick house with attic, Anselm has a pyramidal slate roof with prominent chimney stacks. There is a octagonal corner tower with saucer shaped domed roof surmounted by a weather vane, and the tower has decorative terracotta panels immediately below the eaves line. The front door opens immediately into a large living or common room, screened from view by a timber and bottle glass screen. The large room was designed to function as a drawing and dining room. The house is rich with hand crafted details including door and window furniture, wrought iron gutter brackets, fireplaces (one with built in wood box), and fire tools. The interior decoration includes hand painted frieze of Port Phillip in the study, and a hand painted frieze of turbulent sea with sailing boats in the tiled bathroom. There is a small hand painted tile at the base of the tower which states ?This building was erected AD1906 from designs by Robt J Haddon FRIBA,Lond FRIVA Melb Architect?. He also designed an attic addition which was constructed in 1927. Anselm is substantially intact although the double casement window immediately to the south of the front door was originally circular.

How is it significant?
Anselm is of historical and architectural significance to the state of Victoria.

Why is it significant?
Anselm is historically significant as the home of highly influential architect, teacher and writer Robert Haddon, who was a consulting architect from his office known as the Central Drawing Office and was associated with the work of a number of architects and firms such as G B Leith and Sydney Smith and Ogg of Melbourne and Laird and Barlow of Geelong, and Michael McCabe of Camperdown. He was head of the department of architecture at the Working Men?s College from 1902 and a founding Vice president of the Arts and Crafts Society of Victoria.. He influenced many architects through his teachings including Percy Oakley, A C Leith, E M Nicholls and Eric Hughes who were articled in his office and later became principals of their own firms.

Anselm is architecturally significant as an Arts and Crafts influenced villa and as an example of the work of architect Robert Haddon, which combines elements characteristic of much of his work including the corner tower, decorative Art Nouveau style terra cotta work. Anselm is important for its ability to demonstrate many of the principles he espoused and which are explained in his book ?Australian Architecture? published in 1908. These principles include simplicity, originality, craftsmanship, honesty and national sentiment. The house demonstrates the various ideas he held on the external appearance of a building, as well as on the design of the house and garden. Anselm is significant for its innovative planning with the use of what he described as a common room, rather than separate dining and drawing rooms, and unusual absence of a hallway. It is also significant for exhibiting a richness in hand crafted or painted decoration, which are evidence of his lifelong interest in art and craftwork. The garden retains much of the original hard landscaping including the central terracotta paved front path, side path and glazed terracotta surface drainage system, and is also important for its ability to demonstrate his ideas on garden design.