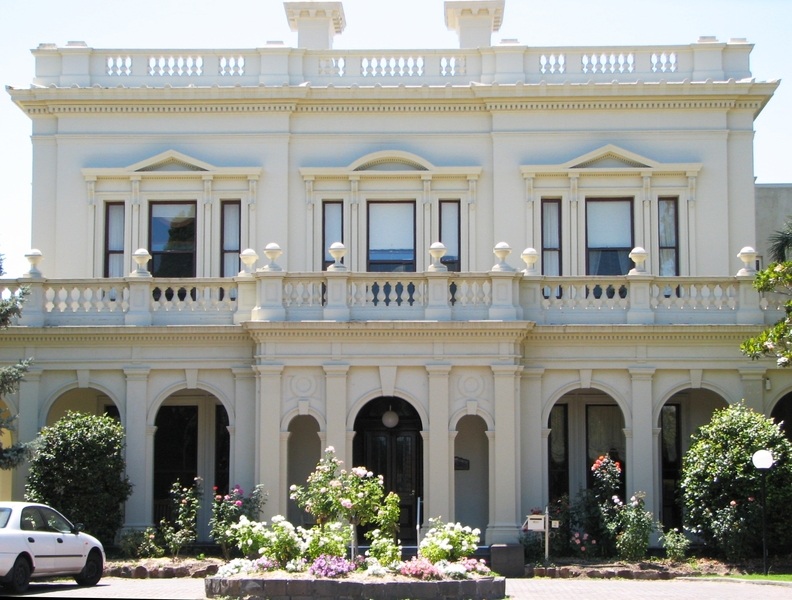 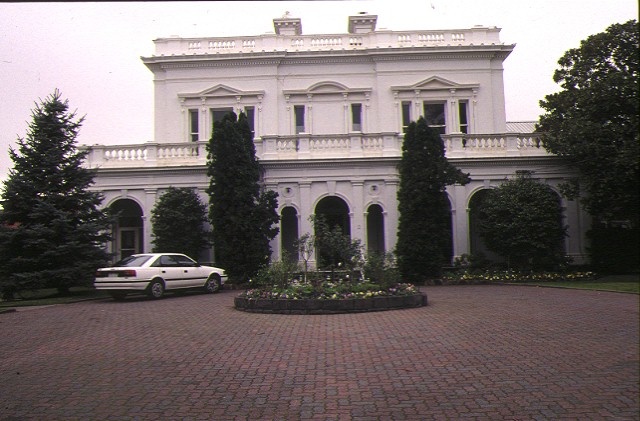 Broughton Hall (formerly know as Tara) was constructed in c.1858 for Sir John O'Shanassy, one of the colony's early immigrants and three times Premier (1857; 1858-1859 and 1861-1863). The house was extended in 1883. Broughton Hall was occupied by the O'Shanassy family until the end of the nineteenth century. It was privately owned and occupied by various people until purchased by the Anglican Church in 1951. The two-storey building is an early Italian Renaissance Revival mansion with an open terrace to three sides which includes refined ornamentation. Internally, the building includes an entrance hall decorated with a cast-metal dado frieze based upon the Ghiberti Frieze on the doors of the baptistery of St John the Baptist in Florence.

Broughton Hall is of historical importance through its association with John Sir John O'Shanassy, an Irish immigrant and one of Victoria's early settlers, who was also Premier of the Colony of Victoria on three occasions. Broughton Hall is of social and cultural importance through its ability to demonstrate the opportunities available to early settlers in the newly-established colony of Victoria. The building illustrates O'Shanassy's prominence of in society through is grand interior opulence and ornate exterior and demonstrates the need of some colonists' to establish status through grand residences. Broughton Hall is architecturally important as an unusual demonstration of the Italian Renaissance style, not popularised until the boom period of the 1870s and 1880s. It is important architecturally for its opulent interior in the Italian style which demonstrates good design, aesthetic characteristics and a richness, diversity and integration of features unusual for the period in which it was constructed.