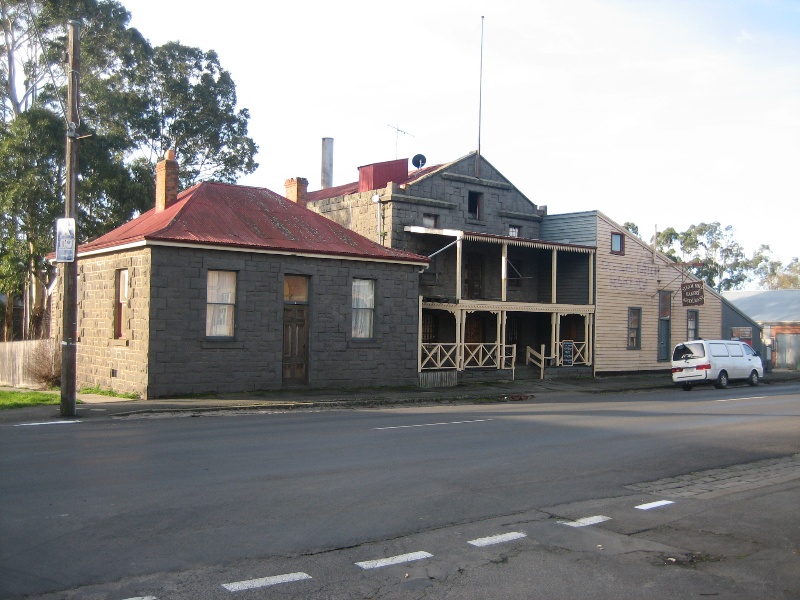 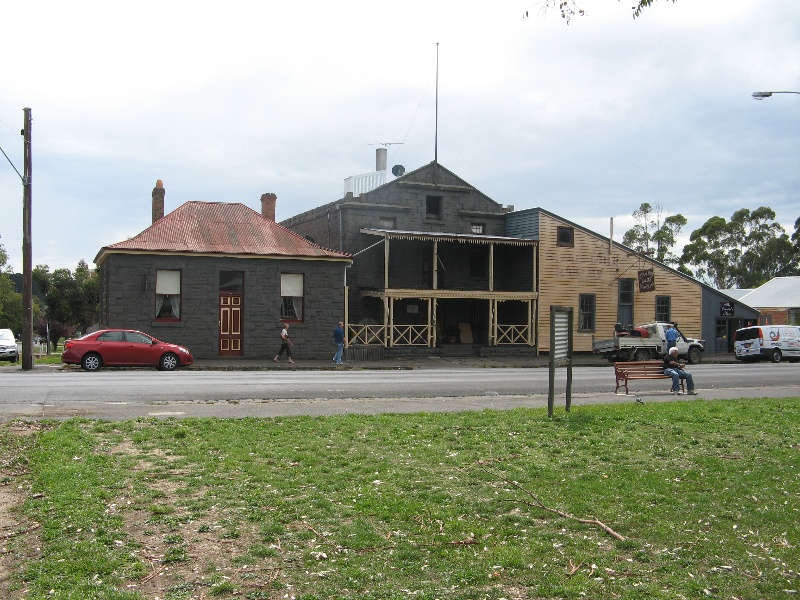 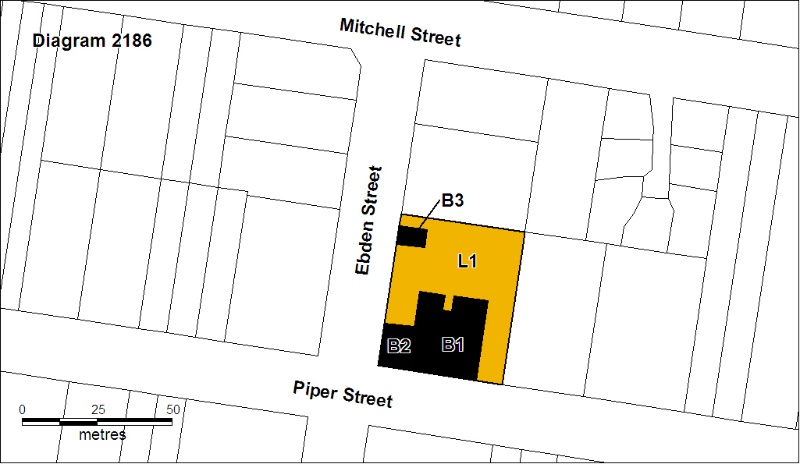 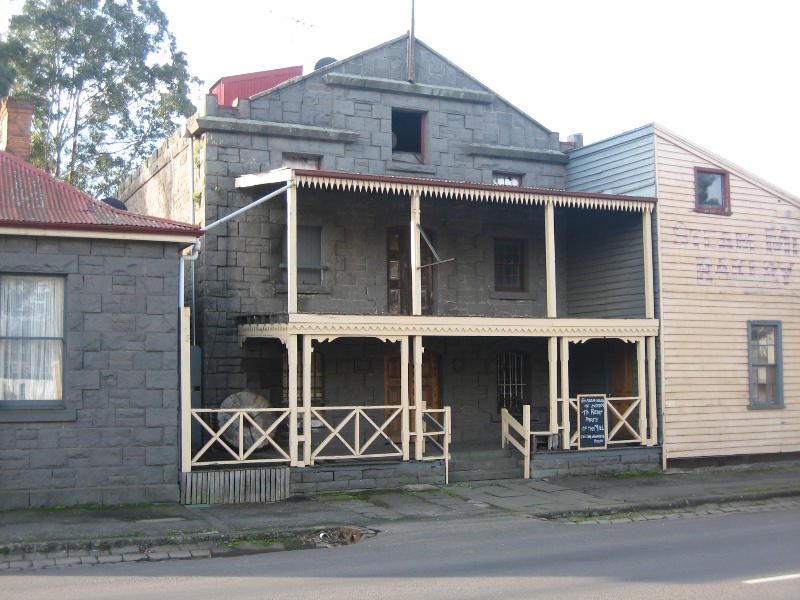 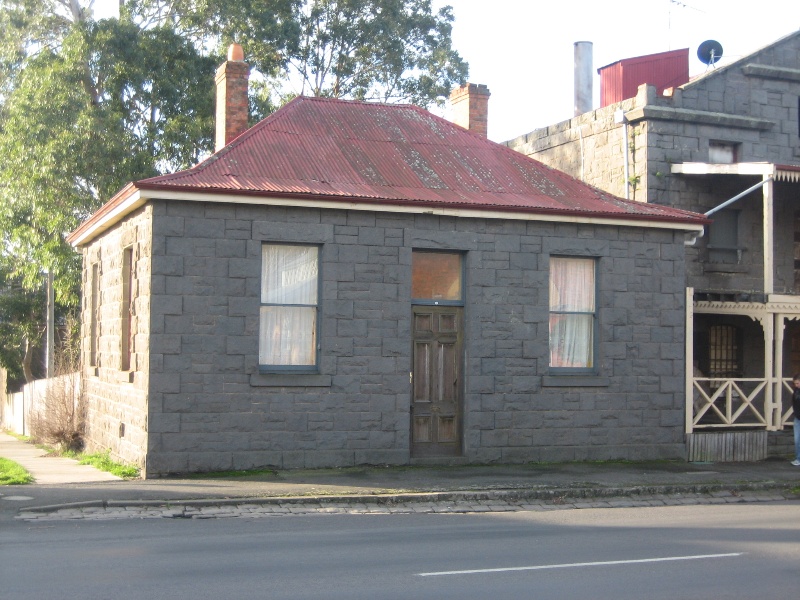 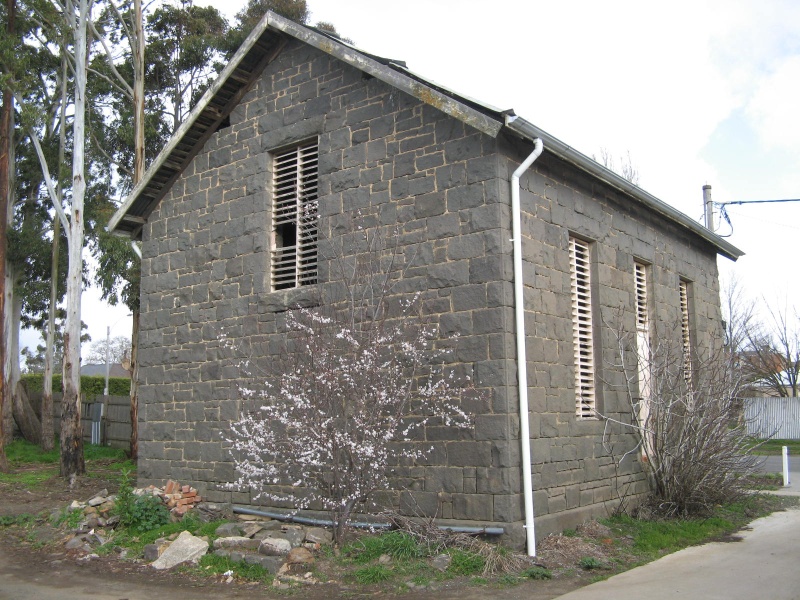 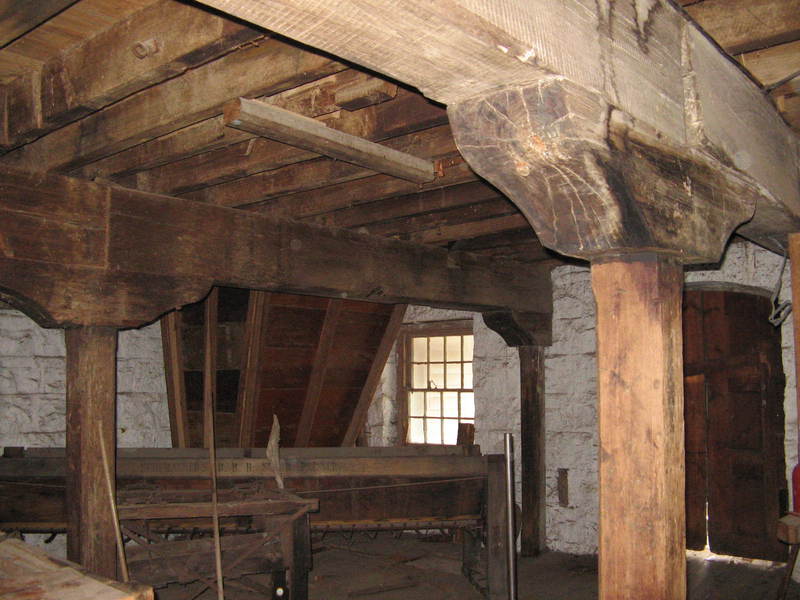 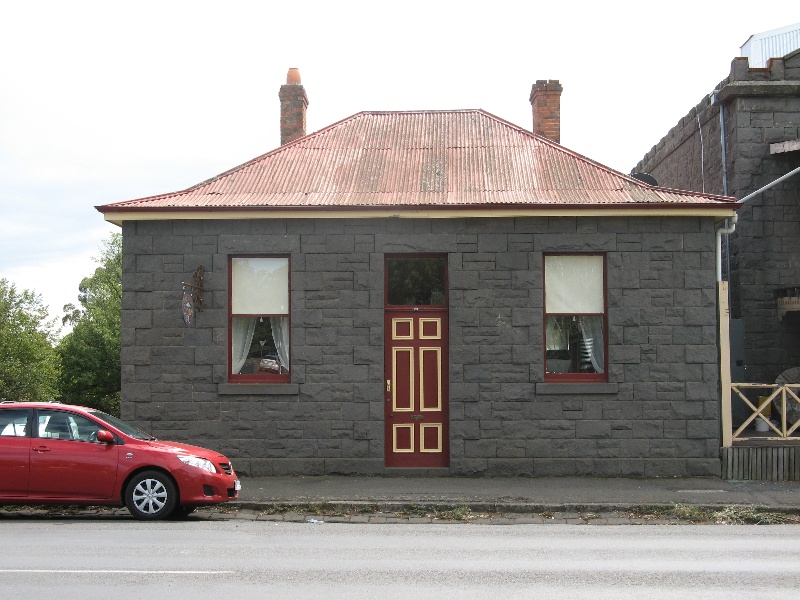 
What is Significant?
Built in 1862 by Frederick Castilla, the Former Willis Flour Mill in Piper Street, Kyneton consists of a four floored bluestone mill building with a three floored timber framed extension to its eastern side, a four room bluestone residence and a stables.

The area in the vicinity of Kyneton was occupied early in the settlement of the Port Phillip District and the first mill was established on the Coliban River at Tylden in 1841. Kyneton grew as an agricultural centre particularly following the discovery of gold in 1851 and was able to help meet the demand for food from the diggings to the north at Castlemaine and Sandhurst. There was a brief but vigorous expansion in milling in area in the late 1850s and early 1860s at the time the railway arrived in Kyneton. The expectations that drove this activity appear to have been short lived as few of the mills established at this time were in operation beyond the end of the decade. Castilla's involvement in the mill was only brief and the mill was sold later the same year. Unlike many of the other mills in the area it continued to operate under a number of different owners and lessees.

The involvement of the Willis family in the mill began in 1898 when George Willis leased the mill as part of consortium before taking the over the lease himself in 1902. Willis bought the mill in 1907 but the house remained in separate ownership until it was bought by Willis' sons in 1941. The ownership of the mill remained with the Willis family for most of the twentieth century.

Due to a loss of international export markets and a downturn in domestic flour consumption the flour milling industry became increasingly competitive in the 1960s and many smaller and regional mills were struggling to cope. In a programme designed to reduce competition in this difficult market larger mill owners through the Flour Millers' Council initiated what was called a mill 'rehabilitation' scheme whereby mills were purchased and the equipment was sent to the wreckers. In 1964 the milling equipment in Willis' mill was bought under this programme and scrapped. Following the acquisition of the milling equipment by the Flour Miller's Council the place was used as a stock feed agency and to sell petrol.

David Willis, a descendant of George Willis, took over the mill in 1977 to develop it as a tourist attraction and re-fitted it with a collection of milling equipment that he collected throughout the state. He installed a bakery in the basement of the timber extension but this no longer operates.

The mill building is constructed of coursed bluestone with quoined corners and openings. The mill originally had a castellated parapet to the front facade but this was altered to a triangular gable end when the roof was raised during the early part of the twentieth century. Traces of the castellated parapet are still evident in the wall of the building particularly in the projecting bluestone cornices that sat below the castellations. The current verandah to the Piper Street facade of mill is a reconstruction of the original verandah which was removed during the twentieth century. A trapdoor is located in the floor of the verandah with access to the basement below to allow the bags of flour to be passed up to the verandah for loading. The height of the lower verandah floor was the same level as the tray of a dray which allowed ease of loading. The verandah also includes a set of scale associated with the early operation of the mill. The internal structure of the building is of pit sawn hardwood joists over long spans supported by pit sawn hard wood columns and bolsters. An earlier timber shingle roof cladding is extant under the current corrugated iron roof. The mill building differs in form and scale from other mills that have survived from this period which usually take the form of a large three to four level rectangular building with gable ends.

The construction date of the timber extension is unknown. It is roughly constructed of machine sawn timbers and still retains its original shingle roof under its corrugated iron roof. It was reputedly used as an oat rolling mill operating in conjunction with the flour mill. The street level ground floor slopes into a central trapdoor to assist in the cleaning of the mill.

The residence is a two level structure of coursed bluestone with quoined corners and openings. The building has an unusual bell-cast roof. The main floor of the house, at street level, comprises of two rooms either side of a central hallway with a timber framed addition to the rear. The timber extension is relatively recent but replicates the form of a previous structure. There is also a lower basement at ground level.

The stables building is a single storey coursed bluestone structure with narrow quoined openings. The windows contain fixed louvres and a door opening high in the street side wall suggests the building originally included a hay loft. Internally the floor is of paved stones and the space is divided by timber partition stalls. The louvres in the windows have been recently installed.

Little original equipment remains except for built-in grain bins on the first and second floors of the mill and the conveyor associated with the bin in the south west corner of second floor. Most of the equipment that is currently (2008) in the place was installed during the 1970s and 1980s. However, the original function of the mill is evident in the structure, the form of the building and in traces left in the fabric. The various holes and trapdoors in the floors suggest the location of the various pieces of machinery and conveyors that once operated in the mill.

How is it Significant?
The Former Willis Flour Mill is of historical and architectural significance to the State of Victoria

Why is it Significant?
The Former Willis Flour Mill is of historical significance for illustrating the history of flour milling from the mid nineteenth century to the mid twentieth century. The mill was established in response to the growth of the population in the goldfields of central Victoria and to the construction of the rail line between Melbourne and Echuca.

The Former Willis Flour Mill is of historical significance as a rare example of a flour milling complex in a town setting.

The Former Willis Flour Mill is of architectural significance as an 1860s regional milling complex demonstrating, through the traces left in the fabric, the operation of the mill as both a stone and a roller mill. Few regional mills now contain any machinery that illustrates the function of these places.