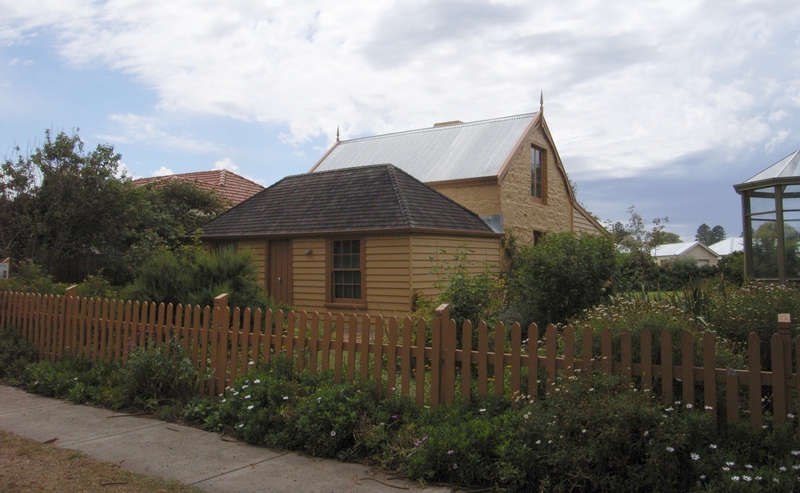 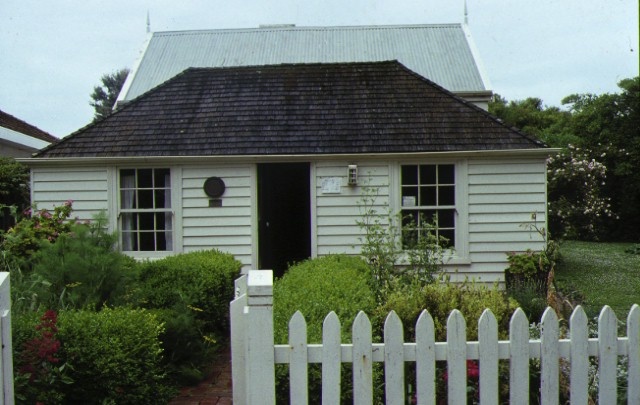 What is significant?
Motts Cottage, named after the owner and occupant, Sarah Jane Mott from 1918 until 1944, is located within the main street grid of Port Fairy. The Mott family worked as fishermen, boatmen and labourers in Port Fairy. The oldest part, the single storey, two-room timber section may date from about the time the town was surveyed and laid out in 1845, or even before since it is skew to the street. The two storey stone section was built before 1856 when Mrs Jane Chastel leased the property. Another tenant, John Hooper, a successful stone mason purchased the property from Atkinson's Special Survey sale in 1885 and subsequently he, or his daughter Caroline, ran it as a boarding house, perhaps the reason for a skillion addition at the rear, used as the kitchen. Another room and simple cast iron trimmed verandah were added at the front possibly at the same time, but were since removed when the cottage, purchased by the National Trust in 1973, was converted to its current use as a house museum in 1977. The garden gazebo was built in the early 1990s to house a sundial. The house is relatively intact to the 1860s period and is in good condition.

How is it significant?
Motts Cottage is of architectural and historical importance to the State of Victoria.

Why is it significant?
Architecturally, the cottage demonstrates humble vernacular construction techniques in timber and stone.

Historically it reinforces the modest character of a pioneering town of national significance.