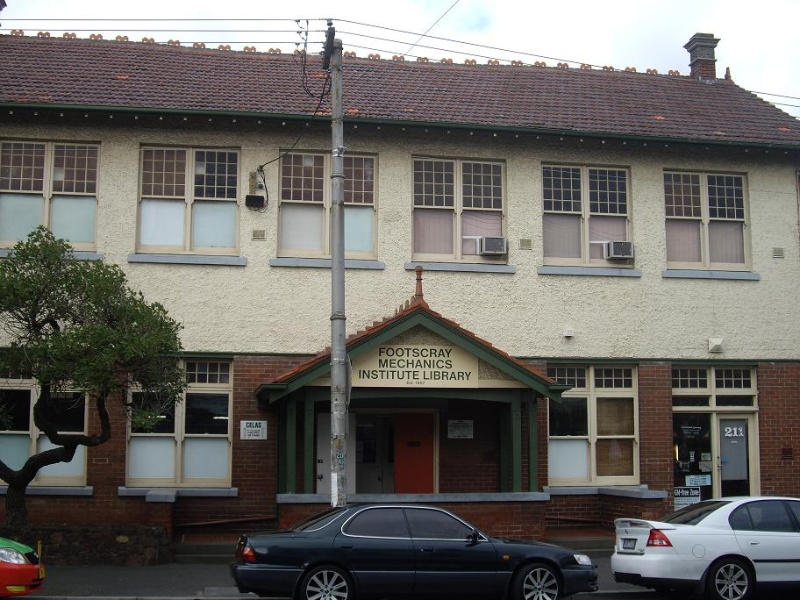 The Mechanics Institute is of historical and local architectural significance to the City of Maribyrnong. Historically the building is important as the city's main library for many years and a physical reminder of the mechanics institutes which dominated male social life and adult learning in the 19th and early 20th centuries in Victoria.

The progress of Victoria in arts, education and industry owes much to the role of the mechanics institutes as venues for self education and learning, particularly among the working classes in industrial suburbs, of which the Footscray institute was a key example. (Criterion A4 & G1) The mechanics institutes have been subsumed or replaced by municipal libraries and other educational institutes and so where they survive they represent the nineteenth and early twentieth century phenomena. (Criterion B2) Architecturally a simple and typical example of the Queen Anne style adapted to an unusual building type (for the style). (Criterion F1) The associated Cypress trees form an important landscape element.

Architecturally, not significant but well preserved and historically, of some value as the city's main library for many years and a local physical reminder of the mechanics institutes which dominated male social life in the 19th early 20th centuries in Victoria.

G.1 social importance to the community