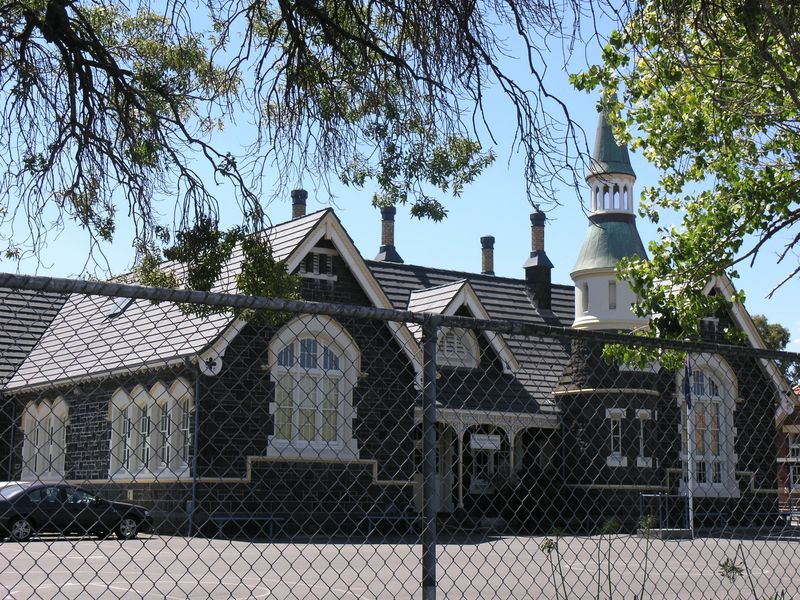 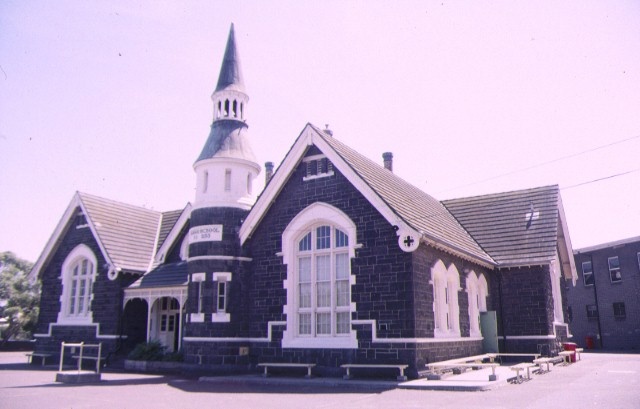 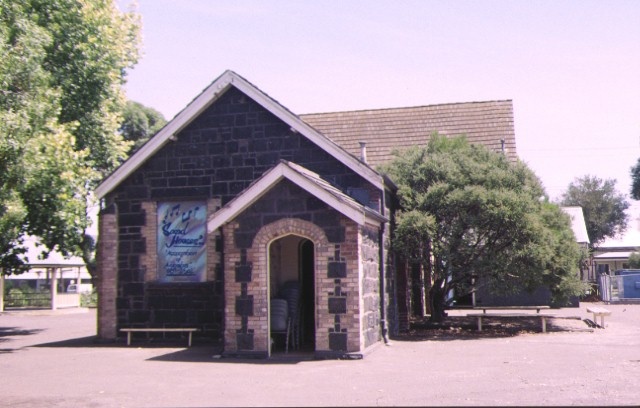 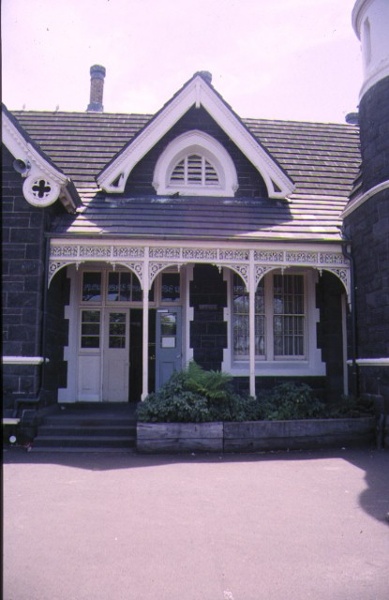 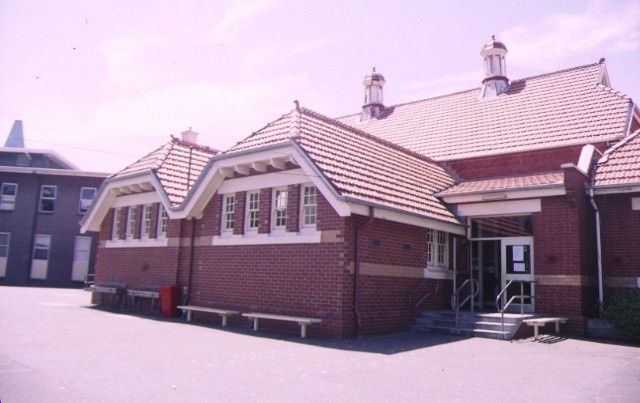 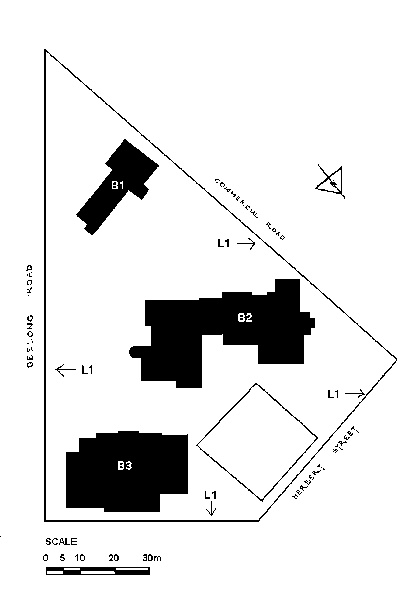 Footscray Primary School No.253 was first opened as a National School on 13 August 1860 in a single wooden classroom. A detached bluestone classroom was constructed in 1864-65 and completed in 1868. This operated as a Common School until the Education Act of 1872 came into operation. The school catered for a poor but settled population. The parents of the children were mostly "quarrymen, stone-breakers and general labourers". By the time the 1881 bluestone building was built, the school population had changed from the children of small farmers, contractors and quarrymen to the children of factory workers. In 1911 an infants school was added on the north-east corner of the site. The 1868 bluestone building as well as the separate 1881 building survive on the site. The Common School is constructed of bluestone with brick quoining and consists of two classrooms. The 1881 main school is also constructed of bluestone and has a prominent entry with a verandah and turret office containing a belltower. The infant building is in the pavilion style, an Edwardian design adopted by the Public Works Department for infants buildings constructed between 1907 and 1915. It is constructed of red brick and has a central hall with classrooms around. The main hall has a polished timber hammer beam roof and leadlight windows depicting Australian birds.

Footscray Primary School is of social, historical and architectural importance to the State of Victoria.

Footscray Primary School is of social and historical importance as it was associated with the provision of education from the Common School period of 1862-72 as well as under the Education Act of 1872. Its bluestone construction in both the Common School and the Education Department phases is linked with the growth of Footscray and is an example of the way local sources of building material were used before the improvements in transport in Victoria gave access to greater diversity of materials. The intactness of the whole school site at Footscray is enhanced by the presence of the Common School, the main building of 1881, and the detached infant school of 1911. There are few school sites which demonstrate so clearly the sequence of development from 1864 and this may be linked with the growth of the suburb of Footscray and the history of an industrial inner suburb of Melbourne.

Footscray Primary School is of architectural importance as it exhibits the principal characteristics of a locally built Common School of the 1860s together with those of the early Education Department Urban School and the early twentieth century Infants School. It demonstrates the development of a school on the one site for over one hundred and thirty years. There are two brick single-room Common Schools in the metropolitan area but Footscray is the only extant urban example of a single-room stone Common School. Details of particular note are the mural painted in the main classroom of the 1868 Common School building and the elaborate verandah and turret at the entry to the 1881 bluestone building. The Infant Building retains its characteristic details including elaborate ceiling and leadlight windows and exterior hexagonal roof ventilators.