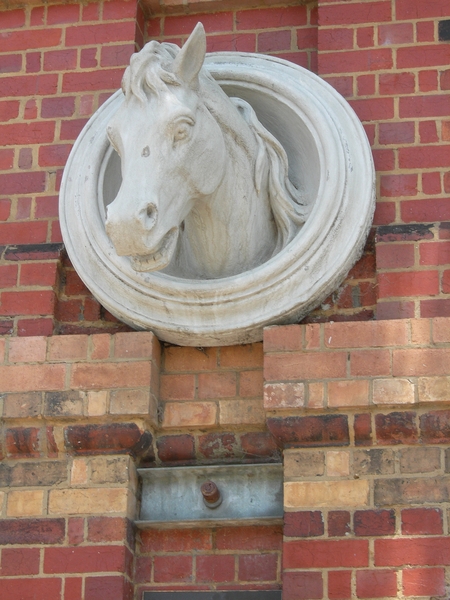 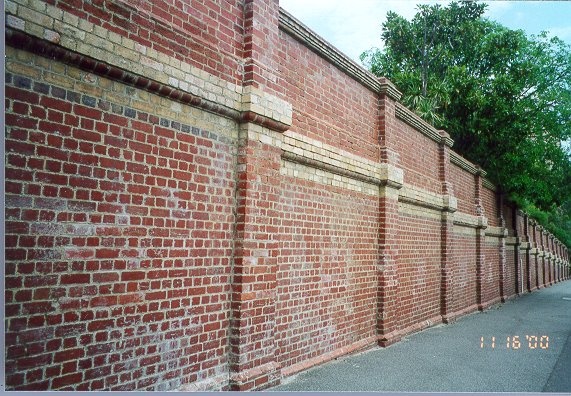 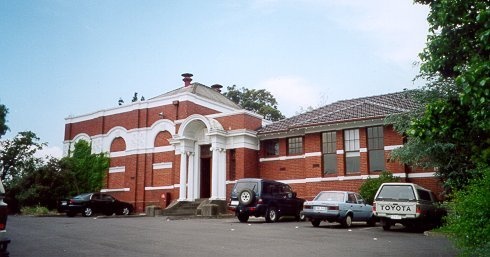 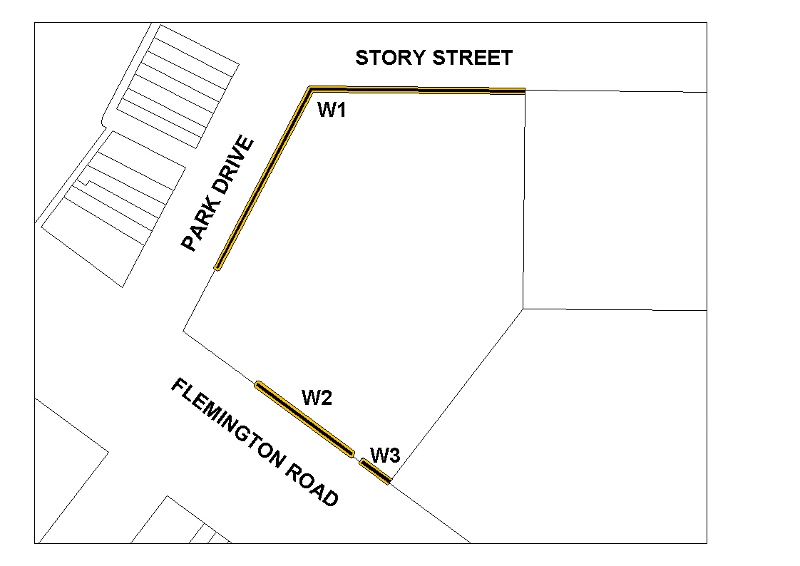 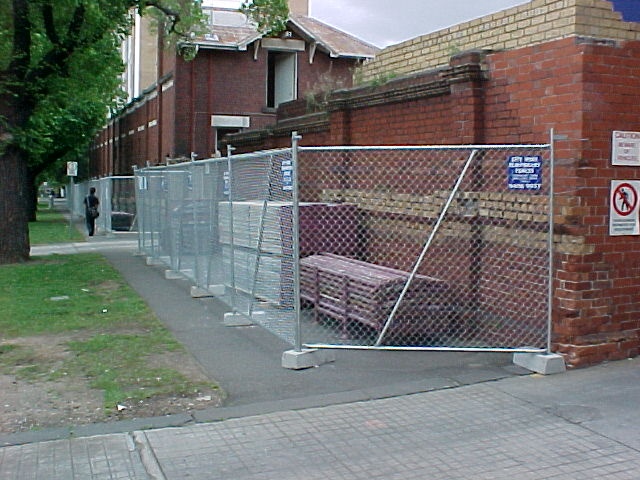 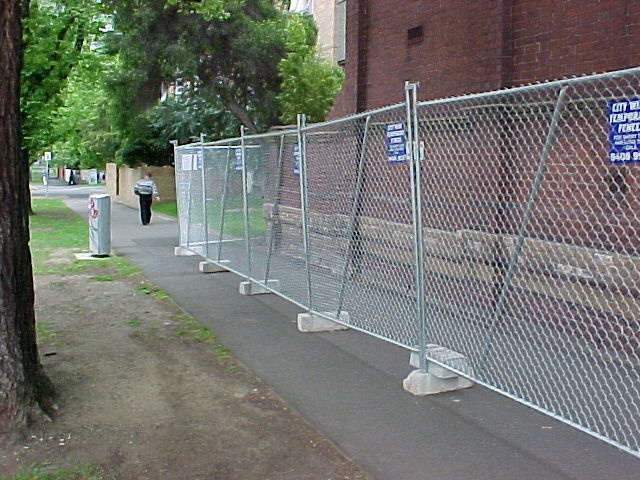 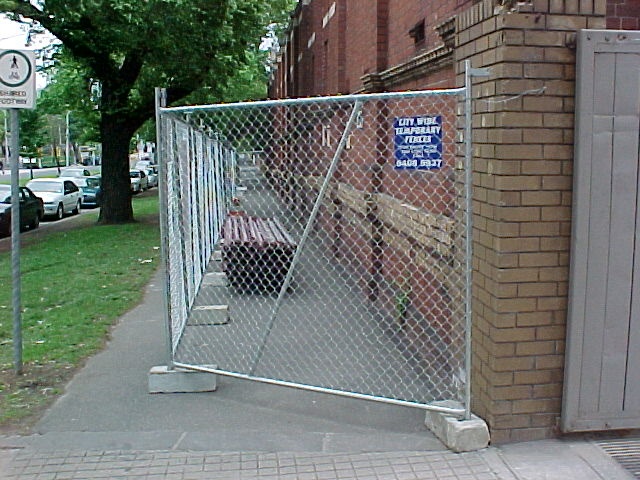 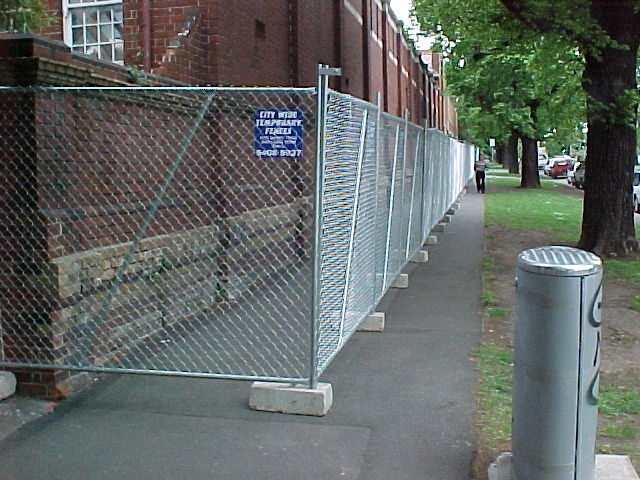 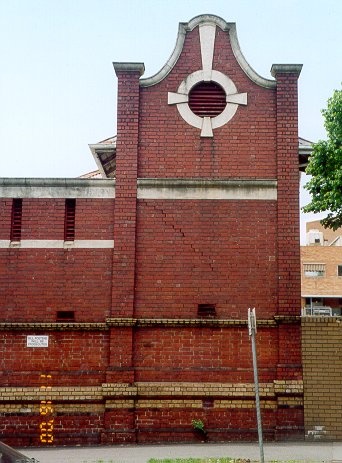 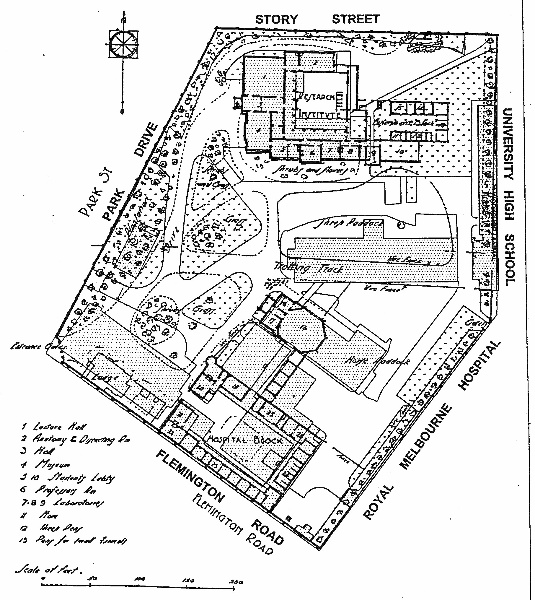 What is significant?
The Northern Market Wall, which was constructed in 1888 , is the surviving part of a wall which surrounded the whole Northern Market, a site which was bounded by Flemington Road, Royal Parade, Story Street, and Park Drive and consisted of a haymarket and cattle, horse and pig market. The Northern Market operated at various times between 1855 and 1939, with the most intensive use of the site being from the early 1870s to the late 1930s

The wall partly surrounds the present Melbourne University Veterinary Precinct which is bounded by Story Street, Park Drive, Flemington Road and to the east by University High School and the Royal Melbourne Hospital. The high face brick wall borders the site along the Story Street and Park Drive boundaries and along Flemington Road. The wall consists of panels measuring approximately 3 metres each ; there are 20 panels along Story Street, 25 along Park Drive and 16 along Flemington Road. The wall is unbroken along Story Street and Park Drive. There are two sections remaining along Flemington Road; one is of 13 panels and one of 3 panels. The wall is constructed principally of machine made red bricks with cream and Hawthorn black dressings at the two cornice levels. The fence is closely buttressed with wide piers and these served to create level changes where the land slopes. A horse's head is fixed to the wall in Story Street near the corner of Park Drive. The prior existence of the markets explains the why such large contiguous areas of land later became available for such important institutions as the Royal Melbourne Hospital, University High School, the University of Melbourne's Veterinary School and the Royal Dental Hospital.

How is it significant?
The Northern Market Wall is historically and architecturally significant to the State of Victoria

Why is it significant?
The Northern Market Wall is historically important for its strong visual and physical association with the extensive livestock and hay markets which for decades dominated this near approach to the central city of Melbourne. The wall, although not constructed until 1888, nevertheless indicates the history of the site since 1856 when it was set aside as a livestock market and its active use from 1868 to the late 1930s. It is a unique remnant of the livestock markets that once occupied the site and is strongly associated with the history of Melbourne's markets in the nineteenth and early twentieth century. The wall was built as an expensive civic work to define and separate the market reserve, confining a potential public nuisance, and reducing dangers inherent with livestock in urban areas. The construction of the Park Drive and Story street section demonstrated the tension between the commercial and residential interests of the city of Melbourne, since it was designed partly to protect local residents from the sights and smells of the livestock held at the market. It is significant that the wall continued along the prominent Flemington Road frontage and that it echoed the very substantial brick walls and constructions of the whole site (save part of Grattan Street) and the Hay Market. The Flemington Road section of the wall is particularly important as a landmark which recalls the position of the livestock market and Haymarket, located at the junction of two of the major routes into the city, at the corner of Flemington Road (Mount Alexander Road) and Royal Parade (the Sydney road). The wall constitutes the only substantial remaining evidence of the historic use of this precinct and is a link with a vital aspect of Melbourne's agricultural and pastoral past.
The Northern Market Wall is architecturally significant as an example of a large and elaborate nineteenth century enclosing fence remaining in the State. It is of interest for its scale, detailing and use of contrasting brickwork.