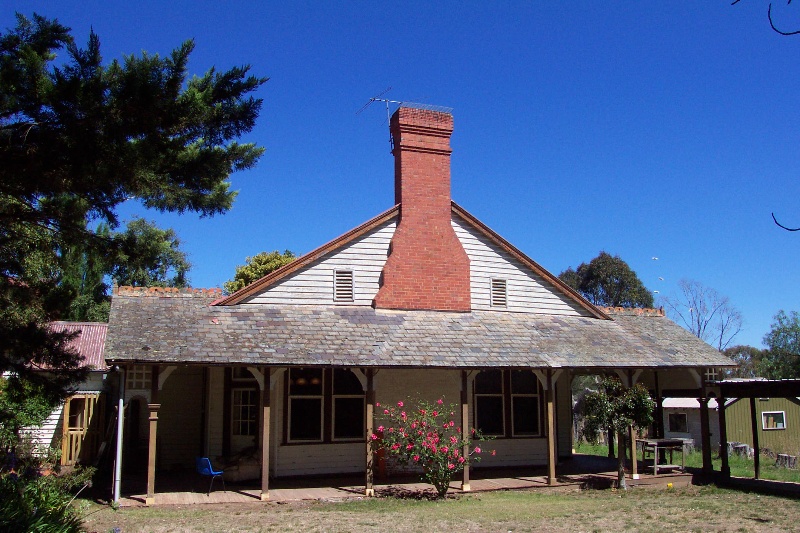 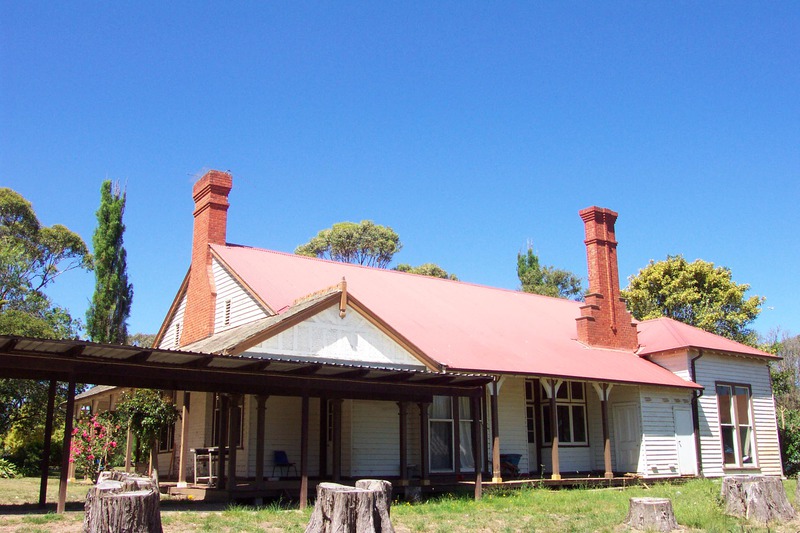 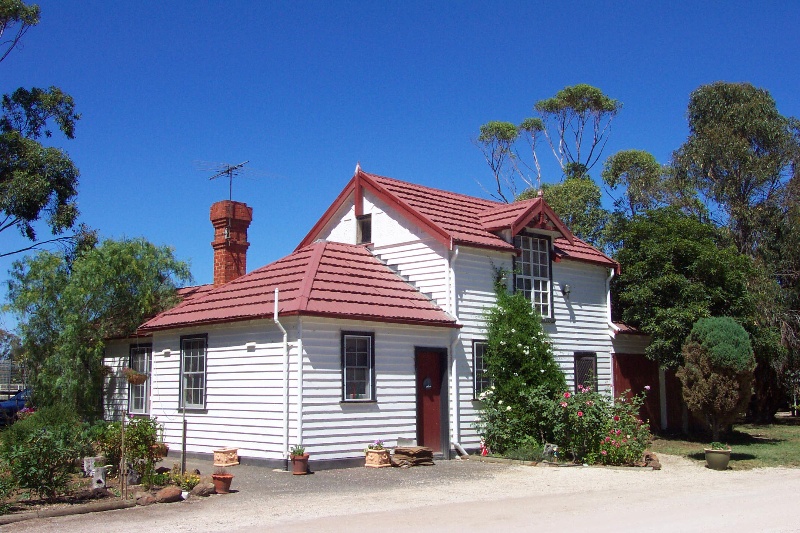 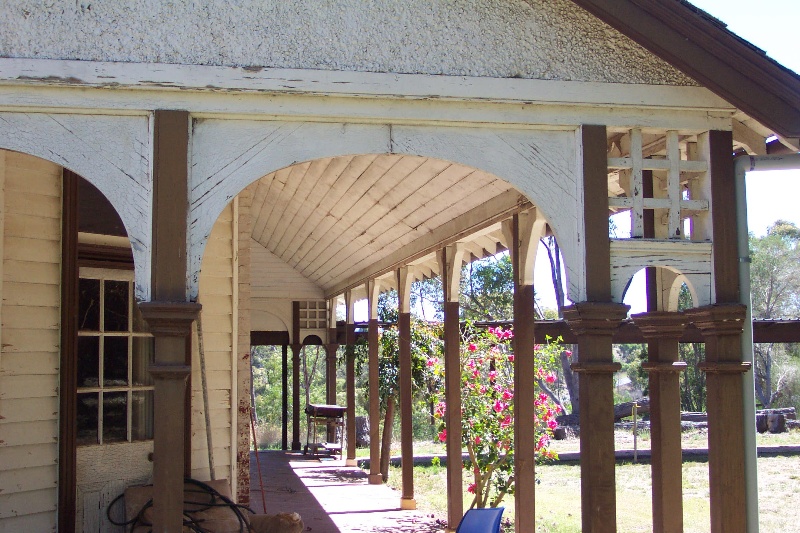 Cornwall Park Stud, 2389-2485 Diggers Rest-Coimadai Road, Diggers Rest, is significant as a moderately intact example of an unusual Federation styled main house and former coach house buildings associated with the turn of the century break-up of the Melton Park estate. Although the interwar Bungalow styled cottage appears to have been relocated to this site, it now contributes to the setting of the place. One of the prime pastoral and farming properties in the district, the (former) Gnotuk Park property became more prominent when its main homestead was adapted for use as a guest house in the early twentieth century.

The main house at Cornwall Park Stud, Diggers Rest-Coimadai Road, is architecturally significant at a LOCAL level (AHC D.2). It demonstrates original design qualities of an

unusual Federation style. These qualities include the prominent, elongated gable roof form that traverses the site, together with the substantial gable that projects towards the rear, the minor verandah gable that projects towards the front and continues along the side and towards the rear and the front verandah formed as an extension of the main roof. Other intact or appropriate qualities include the asymmetrical composition, single storey height, surviving slate tile roof cladding with terra cotta ridge decoration (verandah gable), hipped roofed wing (possibly representing a significant early addition), two prominent face red brick, strapped and corbelled chimneys, modest eaves, timber verandah posts with projecting capitals and decorative solid curved timber brackets, open timber lattice fretwork valances between the corner verandah posts, rectangular bay window with timber framed casements and highlights, paired timber framed double hung windows, turned timber finials on the gable ends, timber ventilators in the gable ends, stuccoed gable ends, and the terra cotta ridge decoration on the gabled verandah.

The former coach house/stables at Cornwall Park Stud, 2389-2485 Diggers Rest-Coimadai Road, is architecturally significant at a LOCAL level (AHC D.2). Although altered and converted into a residence, it still demonstrates original design qualities of the Federation era. These qualities include the elevated gable roof form (with attic space) and the side single storey hipped roofed wing. Other intact or appropriate qualities include the asymmetrical composition, horizontal timber weatherboard wall cladding, face brick and multi-corbelled chimney, modest eaves, timber framed multi-paned windows, and the timber framed single door opening on the hipped wing.

The nearby interwar Bungalow styled cottage, although possibly relocated to the site, also contributes to the significance of the setting of the place.

Cornwall Park Stud, at 2389-2485 Diggers Rest-Coimadai Road, is historically significant at a LOCAL level (AHC A4, B2). Known as 'Gnotuk Park' for most of its history, it is one of the best-known of the Melton farm properties established in the historic break-up of the large pastoral estates at the turn of the twentieth century. The property had been part of the well-known Greenhills and Melton Park estates, at various times associated with Victorian identities Sir Samuel Gillot, the Hoadley family, and Denis Gowering. During the ownership of Robert Ennis the property became a local centre for innovation in agricultural machinery, with various patented devices trialled on the property. The large homestead, built for grazier J Black in 1897, was used by the Swan family as a guest house for holiday-makers in the 1930s and 40s, further adding to the local prominence of the property. Its late twentieth century conversion into a horse stud, and its community use as part of the Djerriwarrh Festival under the present Trescowthick ownership, continue the historical prominence of the property within the local community.

The homestead and coachhouse complex is of social and aesthetic significance at a LOCAL level (AHC E1). 'Gnotuk Park', as it is still known by many locals, was identified as being a place valued by the community at a heritage study forum.