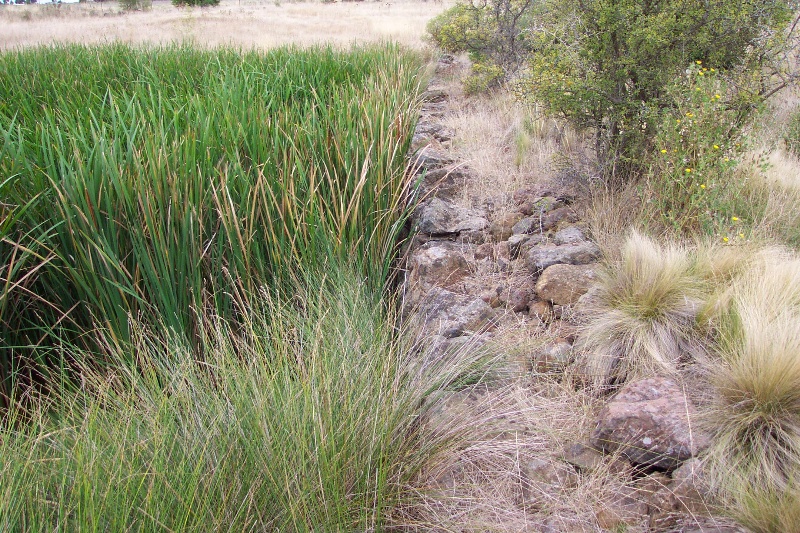 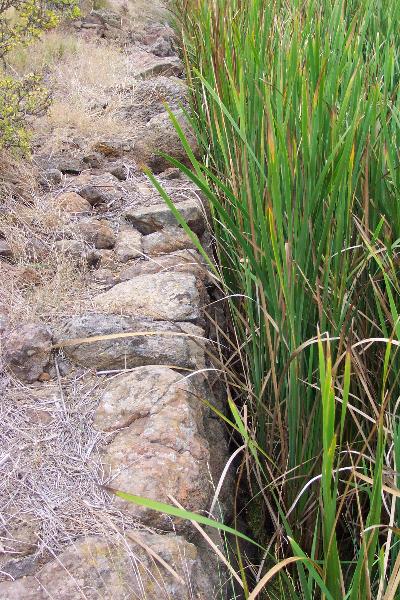 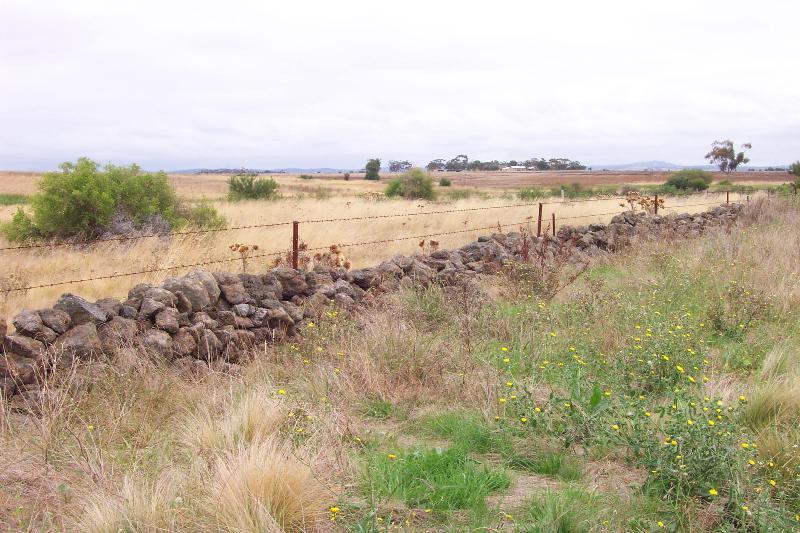 The former Murphy dam, at 209-247 Plumpton Road, Diggers Rest, is significant as an example of a type of dam constructed in nineteenth century Melton by some small pastoralists and farmers in an attempt to counteract the extremely dry local climate. Its dry-stone construction with roughly worked bluestone is aesthetically pleasing, and an excellent example of a small dam of this type in Melton.

The former Murphy drystone wall dam, Diggers Rest, is historically significant at the LOCAL level (AHC A4, B2). It is a small example of at least five similar, very well built, dry stone dam structures in the Shire, three of which were built on the Clarke Rockbank pastoral estate. These dams express the importance of water in the extremely dry local climate. They may also have been related to the difficulty of excavating large 'tanks' (paddock dams) in the area, much of which has high bluestone bedrock. It appears to be an early dam, built c.early-mid 1850s. It is of particular interest for having been built by a small farmer / dairyman, rather than a pastoralist or large farmer. Built by James Murphy, a pioneering Diggers Rest farmer, it contributed to the success of his small farm and the survival of his family on the otherwise dry-land property for at least two generations. The associated remnant drystone wall complex, of unusual plan, is likely to date at least partly to the 1850s, and is also of historical significance.

The former Murphy drystone wall dam, Diggers Rest, is aesthetically and structurally significant at the LOCAL level (AHC D2). It is a neatly constructed and highly intact dry-stone structure, with a vertical face on the dam side constructed of partly shaped local bluestone and fieldstone. Although now overgrown with reeds it still holds water.

The former Murphy drystone wall dam, Diggers Rest, and the associated complex of drystone walls, in various condition, are scientifically significant at the LOCAL level (AHC C2) for their potential to provide further information in regard to early farming practices, especially in the dry plains areas of the Melton Shire.