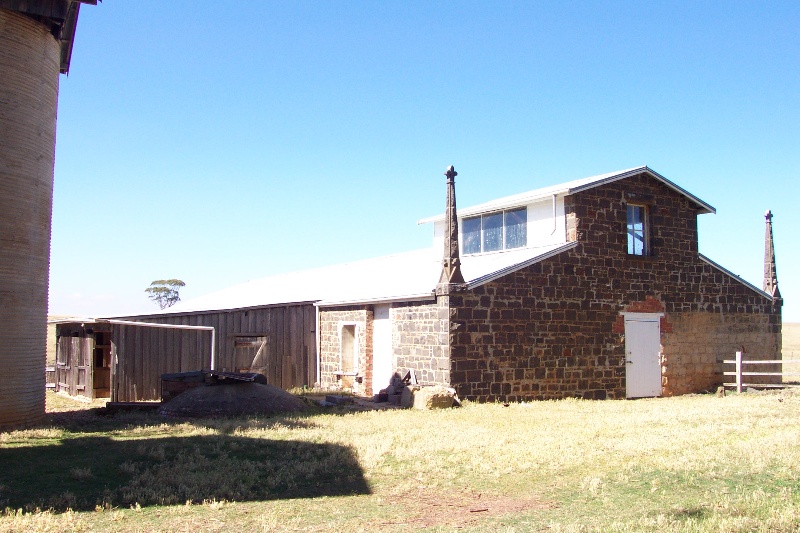 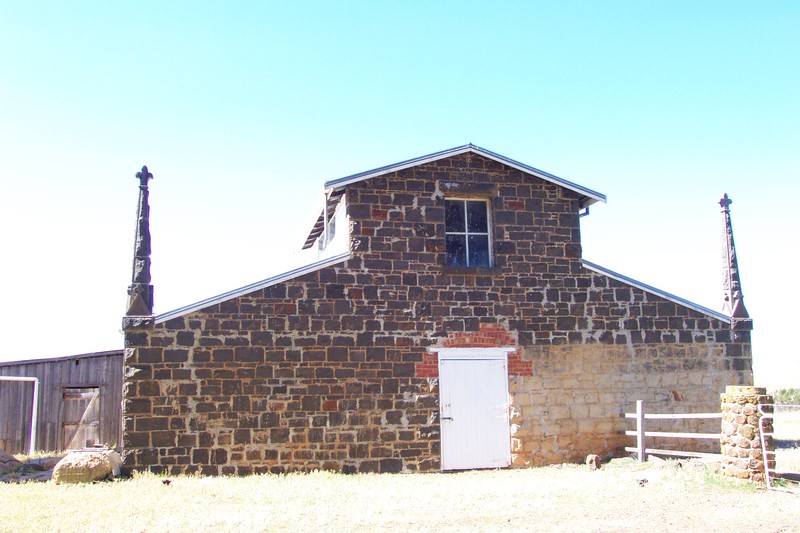 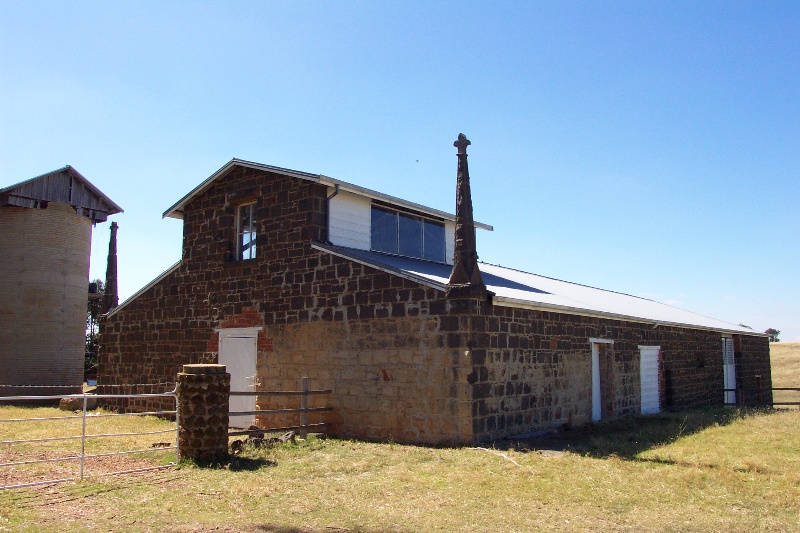 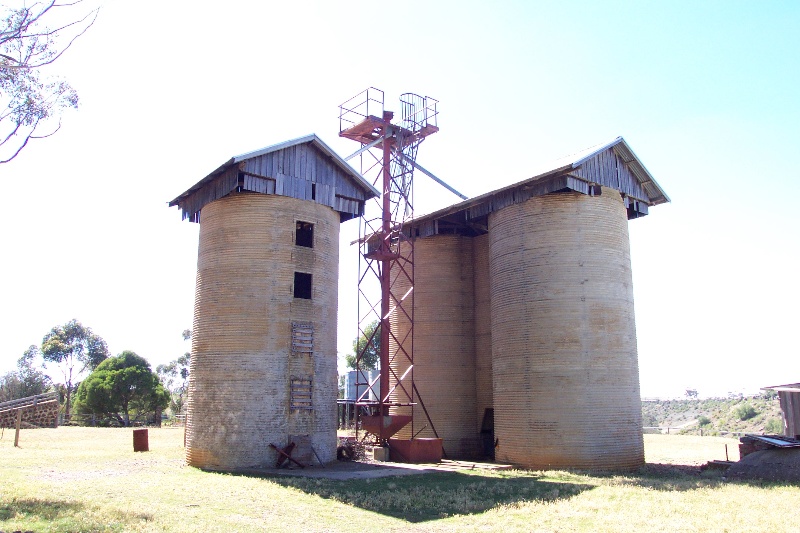 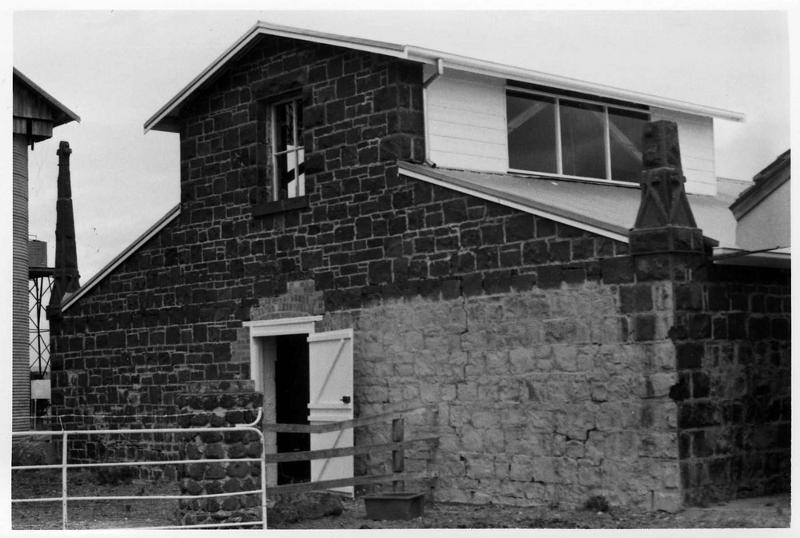 The Warrawong Shearing Shed at 1182 - 1250 Exford Road Exford is significant at the STATE level as a rare and unusual surviving Victorian styled bluestone shearing shed that once formed part of the major nineteenth century pastoral property of Exford. The woolshed most likely dates to the mid - late 1850s. The most comparable shearing shed in the Melton Shire is the bluestone building at Deanside, which forms part of a nineteenth century complex of pastoral buildings and is included on the Victorian Heritage Register. The building appears to be of moderate integrity. Nearby the woolshed are mid twentieth century mortared random rubble (fieldstone) gate piers, troughs and cattle ramps that contribute to the significance of the place. Adjacent to the shearing shed three large concrete silos are of LOCAL significance as a legacy of the changing farming practices in the twentieth century and are comparable to the silos at Eynesbury Homestead, Melton South, that is also included on the Victorian Heritage Register. They are significant as the most striking evidence of the historic change of use of the property from a major sheep-run, to small farming; and also for their relatively early date (pre-1935), their use of corrugated formwork, and their association with prominent Melbourne industrialist JW Derham. Alterations to the shearing shed also demonstrate this historic change.

The Warrawong Shearing shed is architecturally significant at a STATE level (AHC D.2, E.1). It demonstrates original and unusual design qualities of a Victorian style for a nineteenth century pastoral structure. These qualities include the symmetrical composition and particularly the narrow elevated gable roof form with lower flanking skillion wings, coursed random bluestone wall construction, galvanised corrugated steel roof cladding and the tapered bluestone pinnacles adorned with crosses on the main gable end. Other intact or appropriate qualities include the window opening with vertical iron bars, double door opening at the side, and the timber framed window in the upper gable end. The nearby bluestone gate piers, together with the adjacent concrete silos, although of a different period of construction and function, also contribute to the significance of the place as a legacy of the transition from pastoral to farming use in the twentieth century.

The Warrawong Shearing shed is historically significant at a STATE level (AHC B2, H1). It is an early example of a superior quality stone shearing shed in Victoria, most probably built in the mid to late 1850s, by Simon Staughton, one of Victoria's most successful and notable squatters. With other pastoral dynasties - principally the Chirnsides and Clarkes - Staughton and then his sons dominated the ownership of the plains and uplands north-west of Port Phillip. With WJT Clarke he was by far the largest landowner in the Shire of Melton. His family became noted contributors to numerous Melton public causes.

The property is also historically significant as an exemplar of the historic early twentieth century transition, throughout rural Australia but particularly in Melton Shire, from large pastoral estates to small farming holdings. This transition was begun by Harry Werribee Staughton, and culminated in the Closer Settlement Board's 'Exford Estate', a famous and early estate of the Board. This association is demonstrated on the property by the evidence of conversions of the woolshed, the 1930s concrete grain and ensilage silos, and later water troughs and random rubble fence and gatepost construction, all evidence of the progressive farming that occurred on the property. The property also gains significance through its associations with several of its owners in this period, notably the internationally prominent early Australian woman racing driver Joan Richardson, and prominent early twentieth century industrialist JW Derham.

The property may retain archaeological evidence of the original Exford sheep washing complex, and sheep drafting yards, which would constitute rare evidence of important early pastoral practices, but at this stage there is insufficient evidence to locate this with accuracy.

Overall, the Warrawong Shearing shed at 1182 - 1250 Exford Road, Exford is of STATE significance.