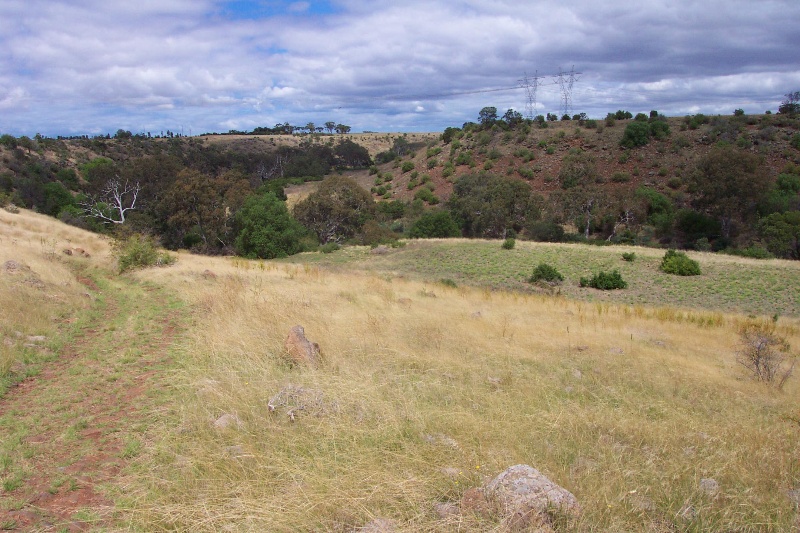 Track leading down the escarpment to the Werribee River 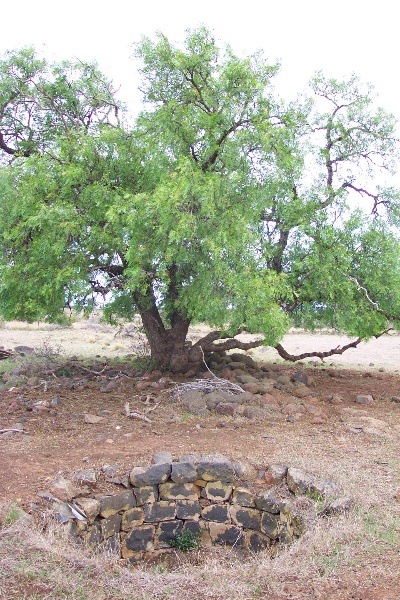 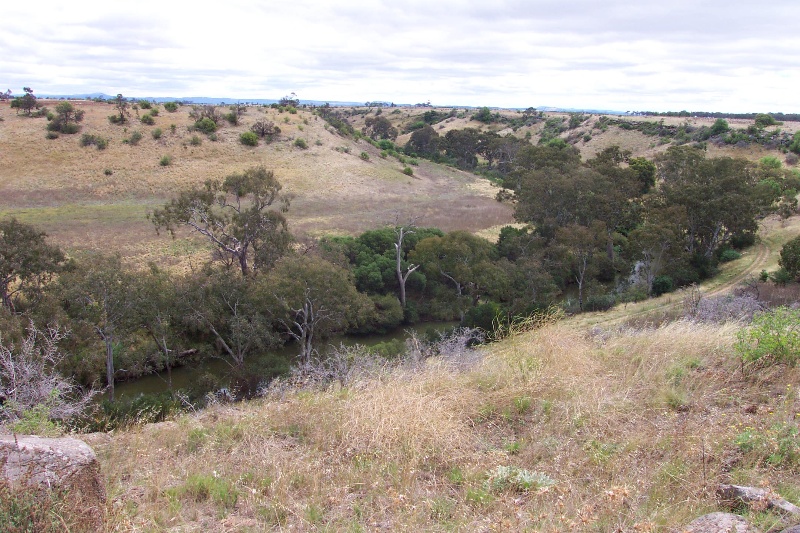 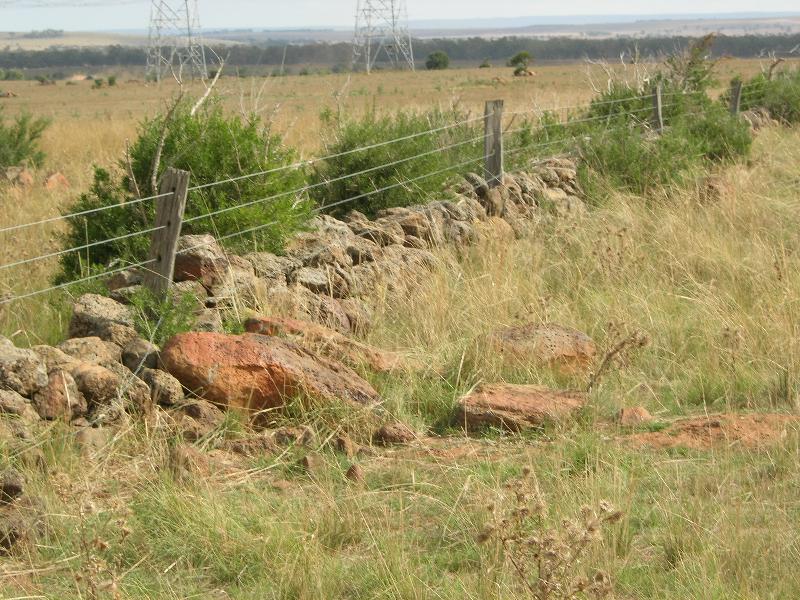 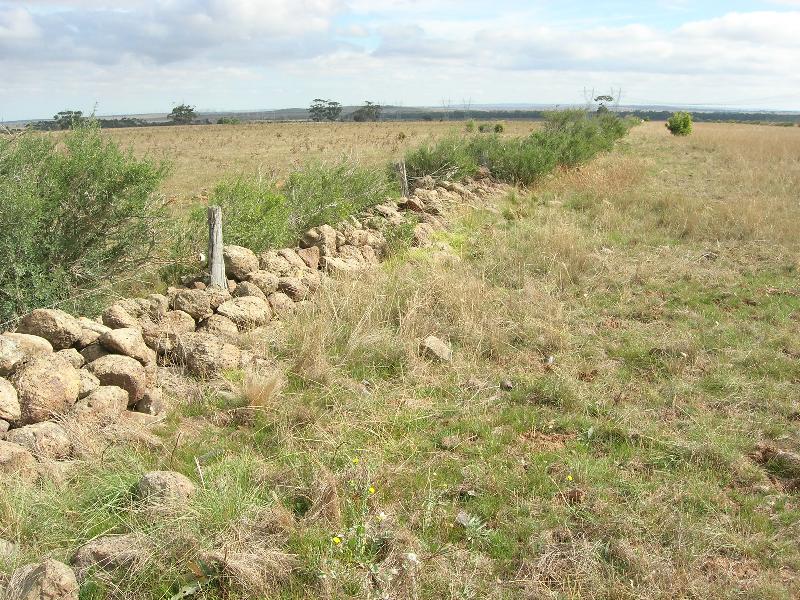 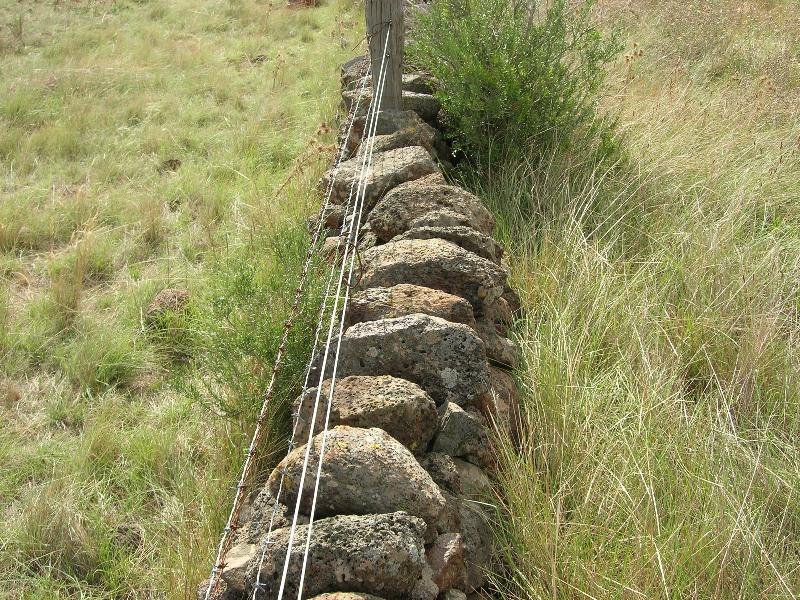 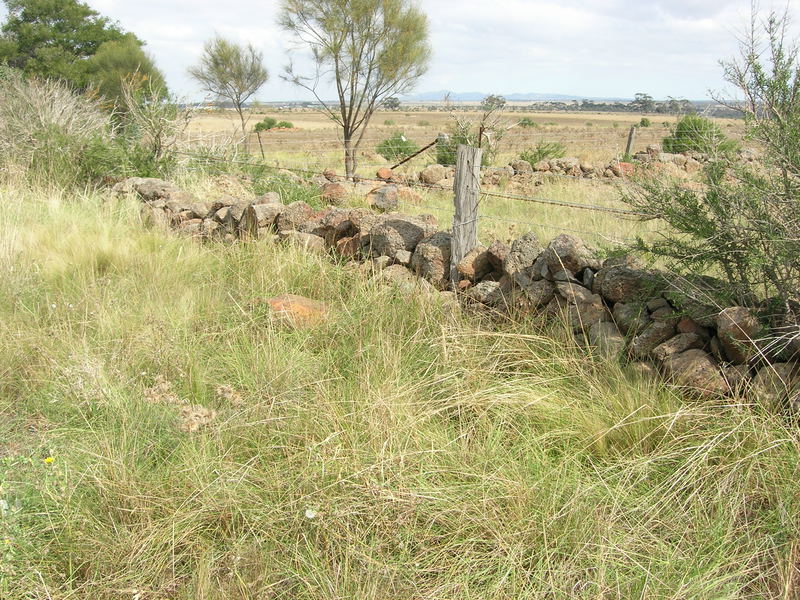 The underground tank of the Moloney farm on Mt Cottrell Road Mt Cottrell, and the adjacent Water Reserve, are significant as good representative examples of the management of water for both domestic and stock use in farming areas, a particularly important issue in the dry plains country of Melton. This is one of the best remaining examples of a Selection-era underground tank in the Shire. The small, neat, roughly-squared bluestone lined tank has few comparisons in the Shire, most other nineteenth century stone-lined tanks being earlier, larger, and of slightly different construction. The Water Reserve is an important expression of the need to provide access to water for Selectors, as by this time almost all the stream frontage was already in the ownership of large pastoralists. The drystone wall property boundary fences also contribute the appropriate the nineteenth century farming context of the site, demonstrating the size of the property and the public access route to the Water Reserve, while some are also significant in terms of their professional construction, intactness and consequent aesthetic quality.

The Moloney underground tank is historically significant at a LOCAL level (AHC D2, B2). It is an essentially intact example of an underground tank for a small farm in the Selection era, and is different in scale, construction and materials from other earlier and later era underground tanks in the Shire. It is of small diameter, built of squared basalt with lime render (now mostly deteriorated). Its open (uncapped) design is an early style, now rare in the Shire. Like many surviving domestic underground tanks in the Shire, it together with associated plantings, is virtually all the evidence that remains of a former dwelling. It demonstrates the early provision of domestic water supply, and the critical importance of water management in the dry Melton Plains district. It represents a farming era and way of life that is no longer practised. The neat, well-built and largely intact tank is situated between two peppercorn trees (Shinus Molle, var. areira) which are also distinctive features of nineteenth century farms. The pepper trees in a setting of bare plains, largely devoid of signs of human occupation, accentuate the isolation of the place, which was also a contributor to tragic outcomes when sickness struck. It testifies to the prime importance of water management for the survival of small farmers, particularly on the dry Werribee and Keilor plains.

The adjacent Water Reserve, access road and associated drystone wall fencing is also historically significant at a LOCAL level. (AHC D2, B2, E.1) Created at the same time that the Moloney selection was established, it expresses the desire to support small selectors in a dry climate, in a place where access to available watercourses had already been largely alienated. It is also historically linked to the farm site through being known locally as 'Moloney's Water Reserve', or 'Moloney's Recreation Reserve'. It is also expressive of the value in which an attractive water recreation feature has been held in the area.

The Moloney underground tank is scientifically significant at a LOCAL level (AHC C2). It has the potential, with other tanks, to contribute to an understanding of the evolution of tank construction, water management, and domestic lifestyles in the dry Melton Plains area.

Overall, the remnant Moloney farm and associated Water Reserve is of LOCAL significance.