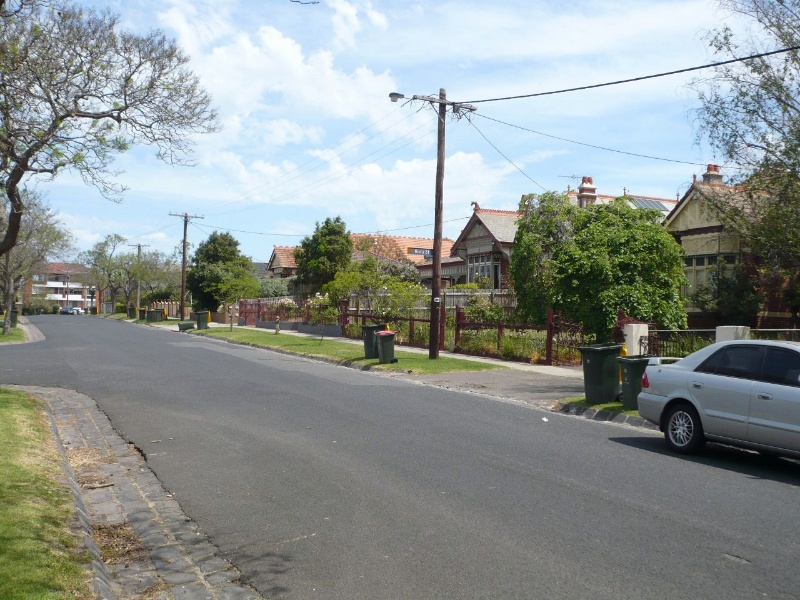 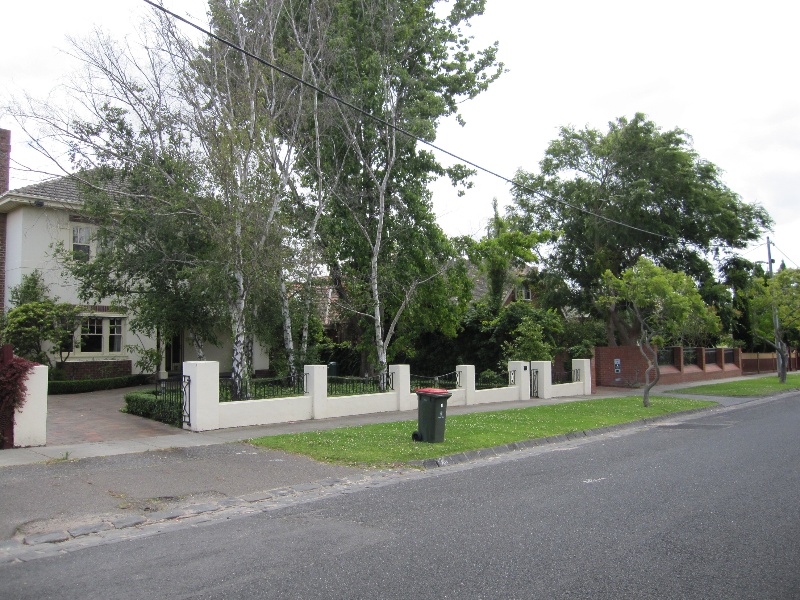 What is significant?
The Peterleigh Grove and Kalimna Street precinct in Essendon is aresidential area comprising houses from c.1880 to c.1945. The housingincludes Victorian and Edwardian cottages and villas, Queen Anne Revivalvillas, and inter-war houses and bungalows. The following elementscontribute to the significance of the precinct:

Key attributes that contribute to the significance of this precinct include:

- the consistency of scale (one or two storey), form, siting (uniform or similar front and side setbacks), and original materials and detailing (weatherboard face brick or render with iron or tiled hip or gable roof, verandah/porches with cast iron or timber detailing) of the contributory houses
- Peterleigh Grove is notable as an almost completely intact late 1930s estate where many houses also retain original or early front fences. The intact groups of Edwardian era housing in Kalimna Street and the large Edwardian villas and inter-war bungalows along Pascoe Vale Road are also notable.
- the high degree of intactness to the late nineteenth century and early twentieth century development dates
- contributory buildings that typically survive with their presentation to the street being largely unaltered
- original front fences and low height of fences meaning that dwellings are visible from the street
- road alignments and allotment patterns resulting from the nineteenth century subdivision
- the absence of vehicle accommodation in front setback areas
- the wide median strip and mature Canary Island Palms (Phoenix canariensis) in Brewster Street.
- the bluestone kerb and channel in various streets throughout the precinct, and the unmade rear laneways to some properties.

Other houses in the precinct, post-WWII fences, and non-original alterations or additions to contributory places are not significant.

How is it significant?
The Peterleigh Grove and Kalimna Street precinct in Essendon is of local historic, architectural and aesthetic significance to the City of Moonee Valley.

Why is it significant?
The precinct as a whole is historically significant as a representative example of a residential area, which demonstrates key phases of development in Essendon. The nineteenth century houses are a reminder of the substantial villas and mansions built during the 1880s boom, while the later development provides a tangible illustration of how the development of improved transport networks in the twentieth century led to closer settlement, which included subdivision of nineteenth century mansion estates. The consistency of built form in each main period and the extent to which phase is clearly apparent provides a vivid illustration of this pattern of development. (Criteria A & D)

The early twentieth century residential areas are historically significant as an illustration of the 'garden suburb' estates comprising detached housing on garden allotments that characterised residential subdivisions in the early to mid-twentieth century. (Criterion D)

Peterleigh Grove is architecturally and aesthetically significant as a fine example of a mid-twentieth century residential area, which is notable for the consistent quality of its built form and the very high degree of integrity to its period of development. (Criterion E)

Kalimna Street is architecturally and aesthetically significant for the particularly fine cluster of Edwardian and Queen Anne Revival houses. The consistent quality of its built form and the very high degree of integrity to its period of development is notable. (Criterion E)

Pascoe Vale Road is architecturally and aesthetically significant as a fine collection of large middle class Edwardian villas and Inter-war bungalows. The consistent quality of its built form and the very high degree of integrity to its period of development is notable. (Criterion E)