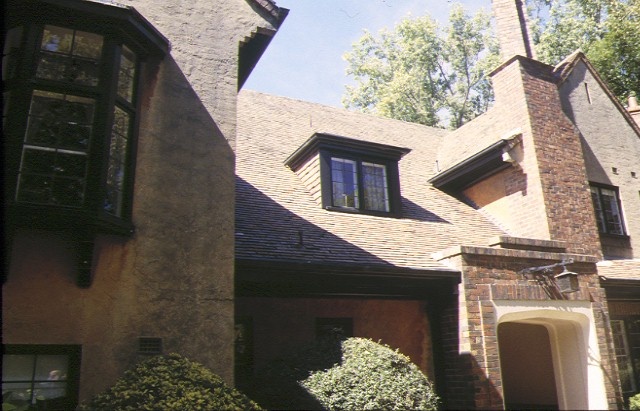 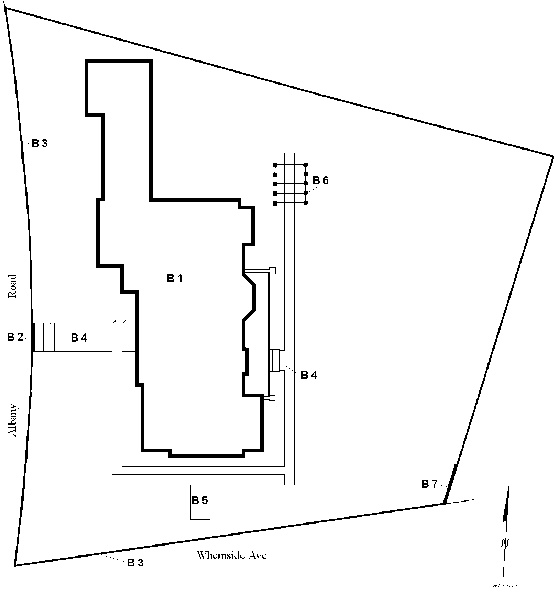 Little Milton is was built in 1926 on two allotments subdivided from the former Whernside estate. The house was designed in the Old English/Arts and Crafts style by Muriel Stott (1889-1985) in association with the architectural firm Stephenson and Meldrum for the Moran family who were prominent in the grocery business. It is claimed that Stott, whose family conducted a business college, modelled the house on Great Milton, a large residence in the Cotswolds. She had previously designed Rainbow End (1918) in Olinda for the Morans who were family friends. Little Milton was her largest commission and her last work in Australia before she emigrated to South Africa. The two storeyed house is of brick with ochred stucco. The roof is tiled. There is an attached garage to the north which forms an integral part of the design. The landscape design is by Edna Walling and features the extensive use of red brick paving. There is a timber pergola which is about half its original length and in poor physical condition. Apart from mature larger trees, some of which predate the house, the garden planting has not survived.

How is it significant?
Little Milton is of architectural, historical and social significance to the State of Victoria.

Why is it significant?
Little Milton is of architectural significance as an outstanding example of an Old English/Art and Crafts style, inter-war mansion. Its massing and detailing are skilfully executed and the house sits comfortably in its landscaped environs, although, perhaps unusually, it makes no attempt to capitalise on its corner siting; instead it sits rather demurely behind a high, but open, timber paling fence screened by relatively dense perimeter planting. The house is the most important work of architect Muriel Millicent Stott who was one of only a handful of women architects working in Melbourne in the 1920s. It is also architecturally significant for its surviving landscape elements by Edna Walling the most celebrated landscape designer of the era.

Little Milton is historically significant for its fifty year association with the Moran family of the famous grocery firm Moran and Cato. It is socially significant as an outstanding example of an inter war mansion which typified the breaking up of the large 19th century Toorak estates such as Whernside. It is also of social interest in that, unusually for the time, its architecture and landscape design were executed by women.