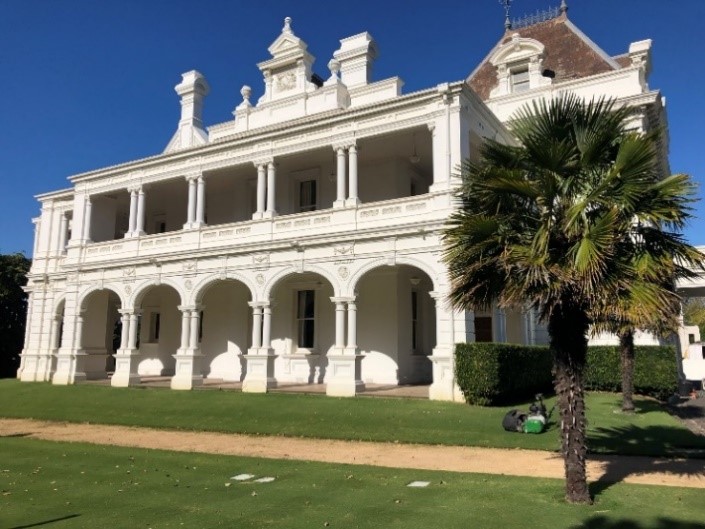 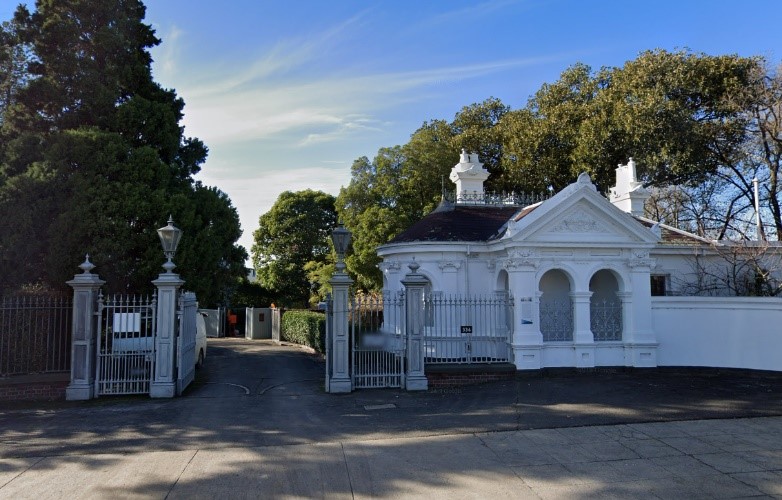 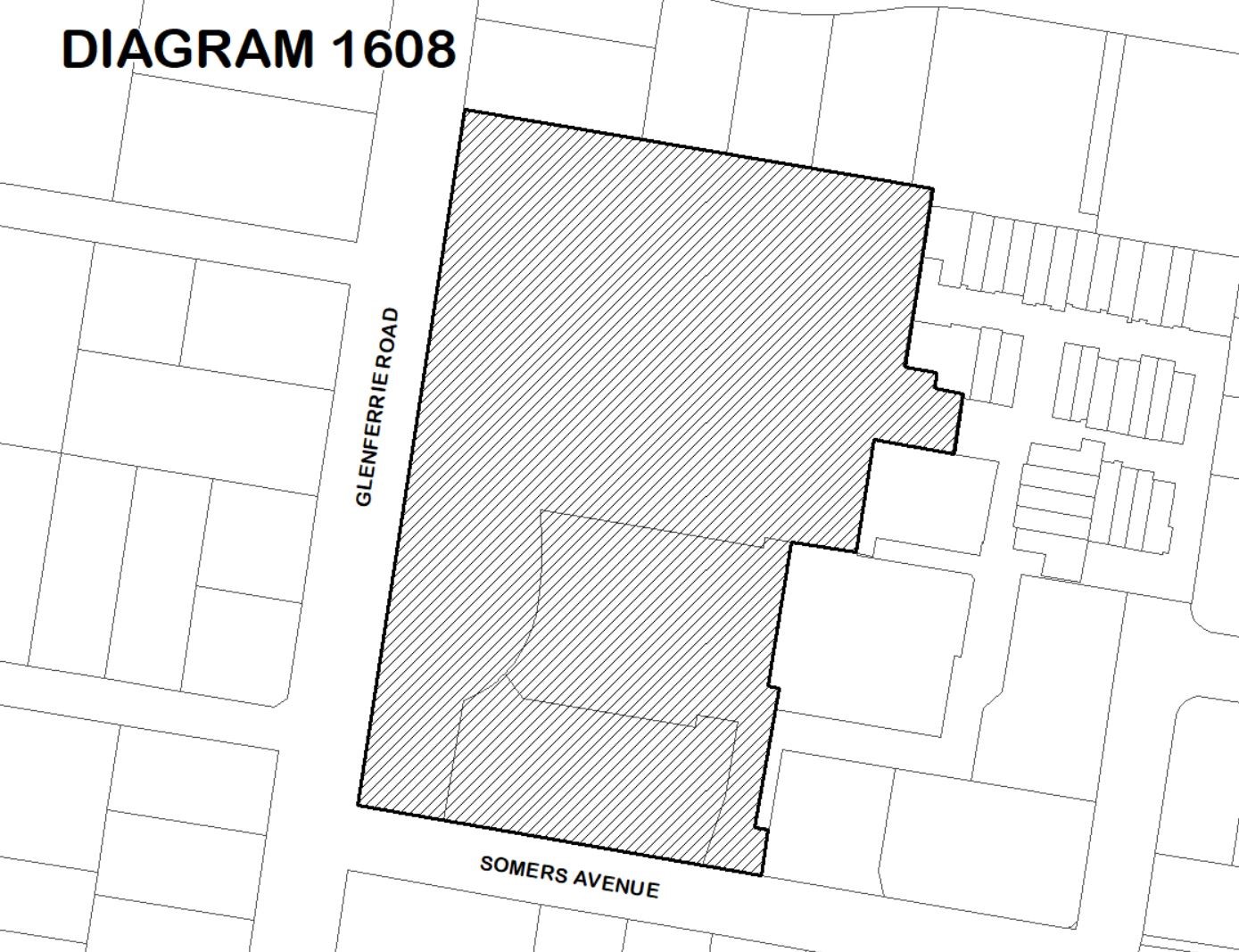 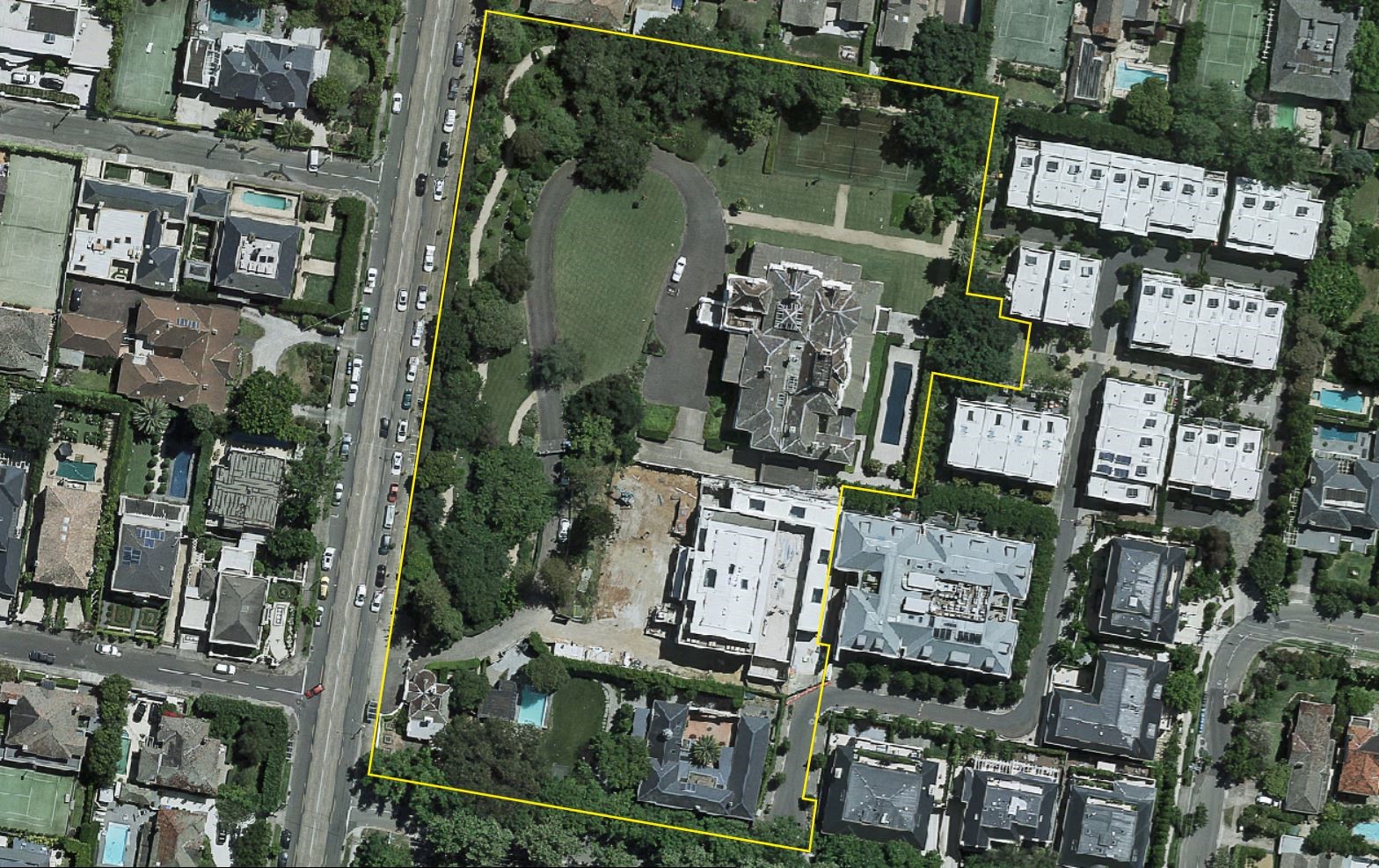 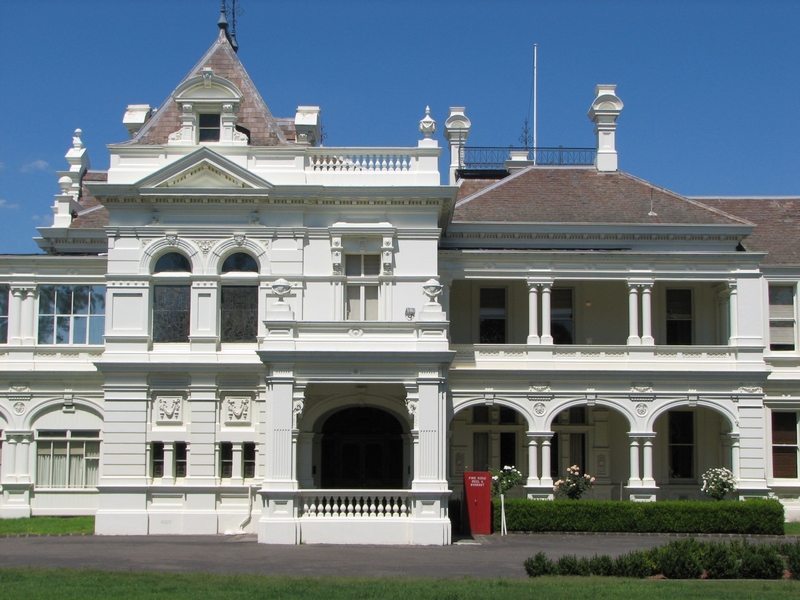 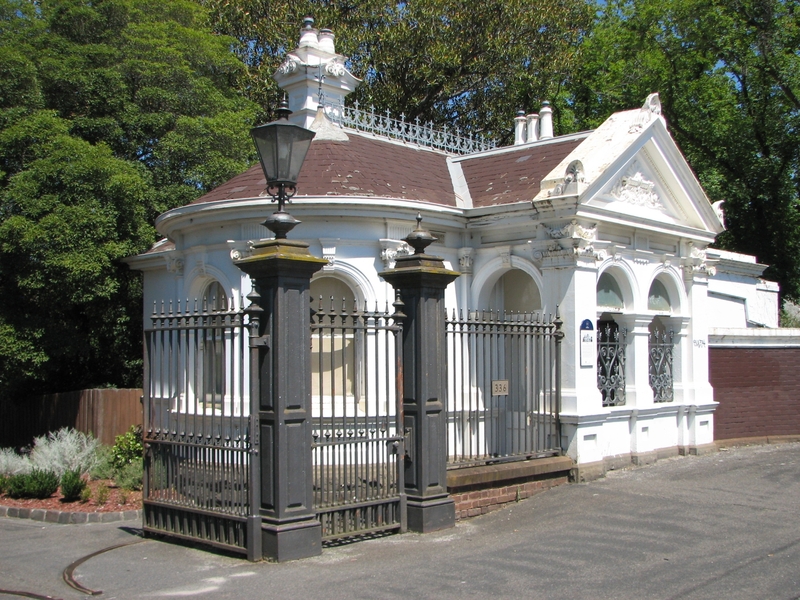 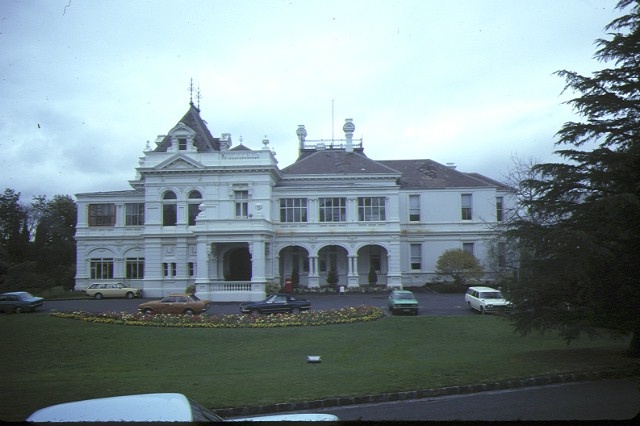 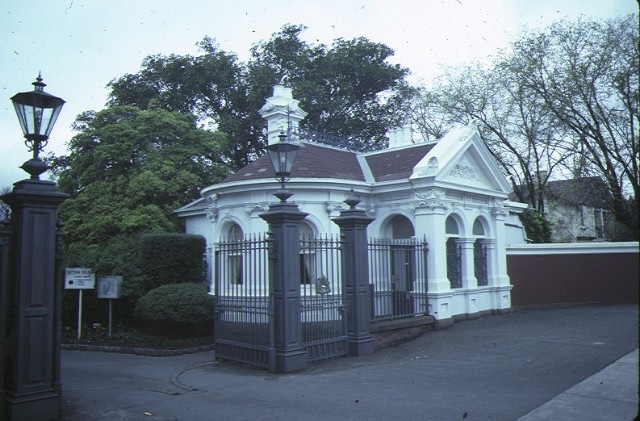 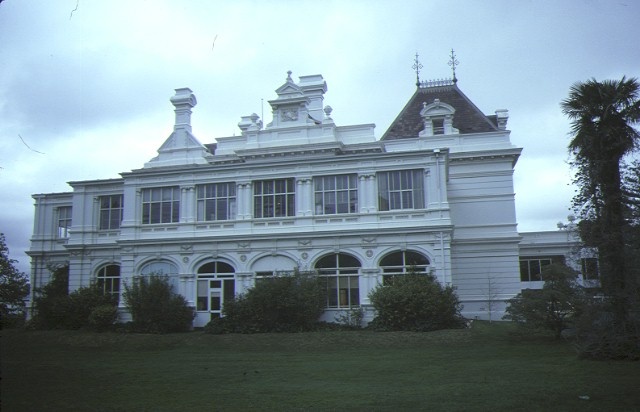 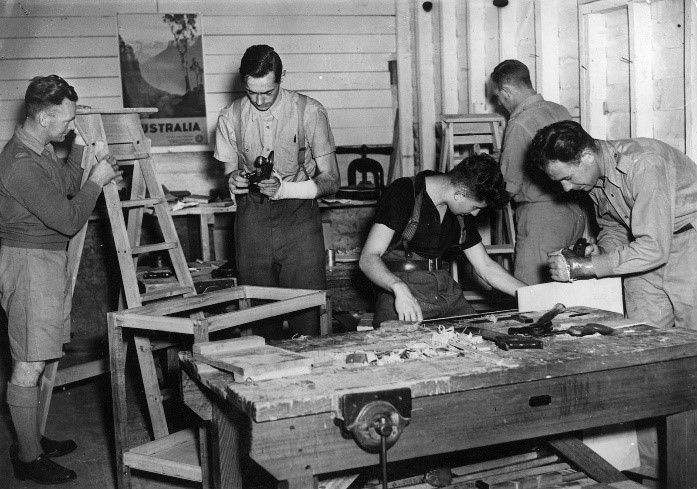 Stonington is a two-storey Boom-style mansion constructed in 1890 to a design by noted architect Charles D’Ebro for Cobb and Co coachline proprietor John Wagner. It served as the residence of Victoria’s Governors from 1901-1931. The estate retains its stables, gatehouse, ornamental gate, iron fence along Glenferrie Road and a portion of its landscaped grounds. The interior of the mansion retains elaborate and highly decorative fittings, features and details as well as examples of furniture. The 2021 residence to the south of the mansion, associated outbuildings and hard and soft landscaping, and the access road from Somers Avenue (on the 7 Somers Avenue site) are of no significance.

Stonington is of historical, architectural and scientific significance to the State of Victoria. It satisfies the following criteria for inclusion in the Victorian Heritage Register. Criterion A Importance to the course, or pattern, of Victoria’s cultural history. Criterion B Possession of uncommon, rare or endangered aspects of Victoria’s cultural history. Criterion D Importance in demonstrating the principal characteristics of a class of cultural places and objects Criterion F Importance in demonstrating a high degree of creative or technical achievement at a particular period.

Stonington is of historical significance as the residence of Victoria’s Governors from 1901 to 1931. After Federation, the parliament of the newly formed Commonwealth of Australia was located in Melbourne and during this time the Governor General resided at Government House. Stonington was then acquired for Victoria's vice-regal residence and was home to seven of Victoria’s Governors until Government House again became available in 1931. (Criterion A) Stonington is also of historical significance for its associations with Cobb and Co proprietor John Wagner. Cobb and Co virtually monopolised the coach and mail business in northern and central Victoria in the latter part of the nineteenth century. The scale and opulence of Stonington reflects the success of Wagner’s business interests during this era and the extravagant tastes of Melbourne’s wealthy elite during the economic boom years of the 1880s. (Criterion A) Stonington is also of significance for its rare gatehouse and stables. The inclusion of a gatehouse was uncommon in large urban estates and it is one of the few surviving examples. The stables, one of the largest in Melbourne, is a rare surviving example of a large urban stables building. (Criterion B) Stonington is of architectural significance as an outstanding work of the noted architect Charles D’Ebro and a fine example of late Boom-style architecture. Stonington was one of D’Ebro’s most substantial domestic commissions and is an important surviving example of his work. The mansion exhibits many of the characteristics of Boom-style architecture in both its impressive scale and elaborate exterior. These characteristics are carried through to the stables and gatehouse. Internally, the mansion features extensive and ornately carved timber joinery, detailed plaster work, skillfully crafted parquetry and stained glass designed by the firm Lyon Cottier and Wells. Some furniture associated with the early years of Stonington remains in the mansion including a side table and sideboard. Additional interior decoration by Lyon Cottier and Wells likely remains below the overpainting. The buildings are enhanced by the grounds which retain mature plantings and early landscape features. (Criterion D) Stonington is of scientific (technical) significance for its incorporation of several building techniques, creatively adapted to a residential project and innovative for the period. These reflect D’Ebro’s engineering experience and include the use of metal beams in the sub-floor structure to support the large floor spans of the hall and drawing room and concrete barrel vaults on steel joists and brick footings to support the verandahs. These, together with the fact that Stonington was one of the earliest houses in Melbourne to be wired for electric light, are indicative of the innovation and quality of the house's design and construction. (Criterion F)
Show more
Show less
All information on this page is maintained by Heritage Victoria. Click below for their website and contact details.