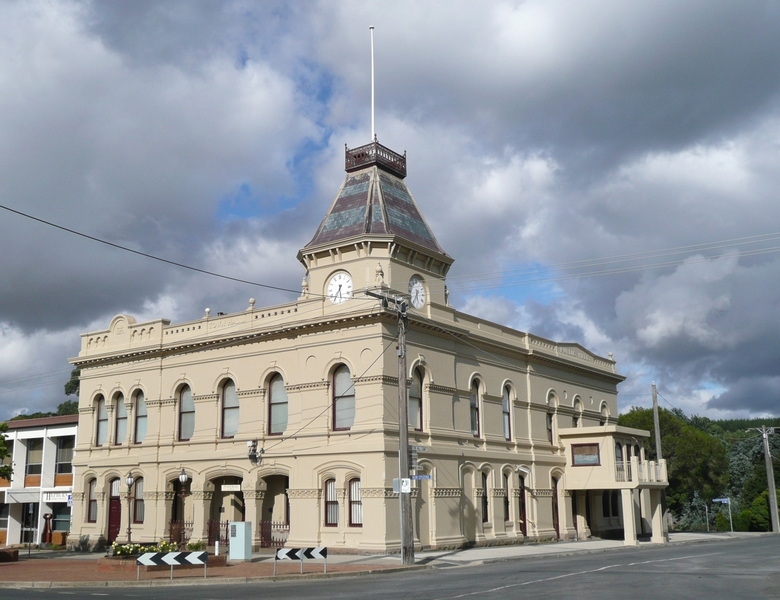 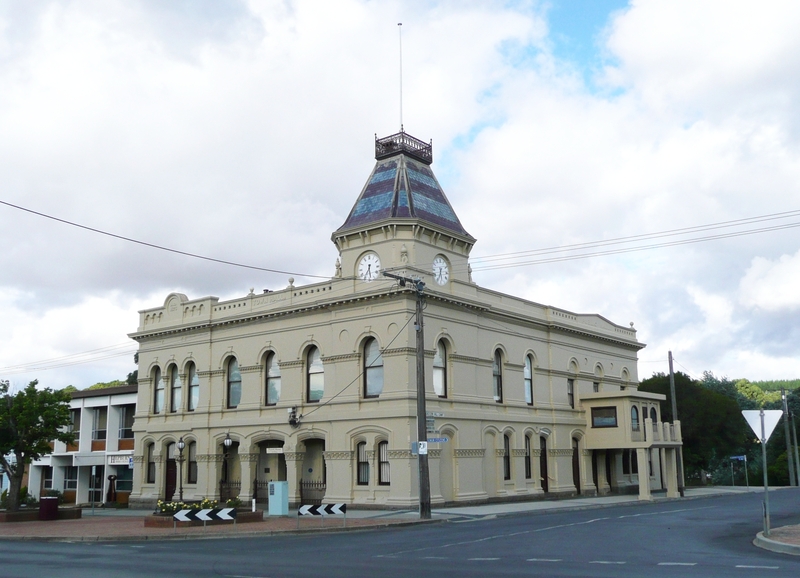 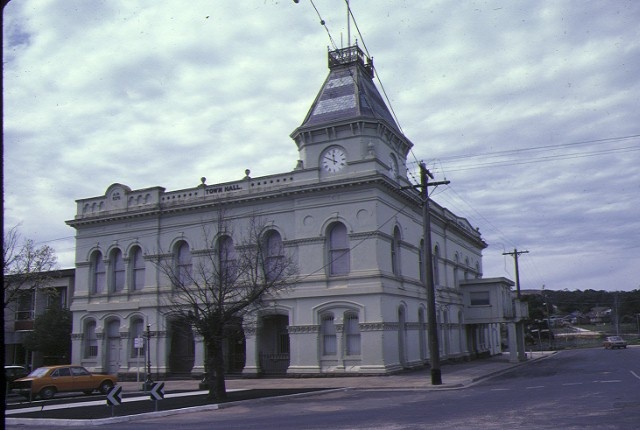 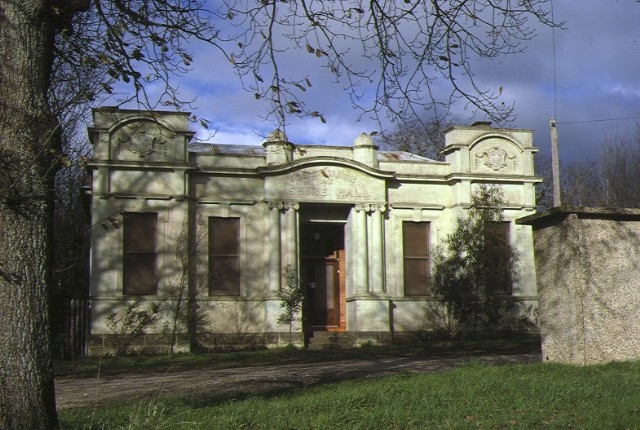 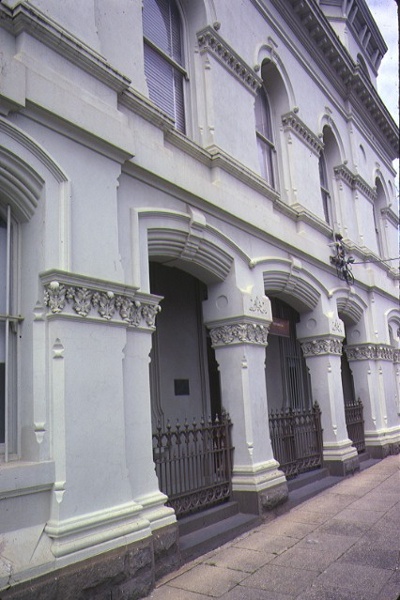 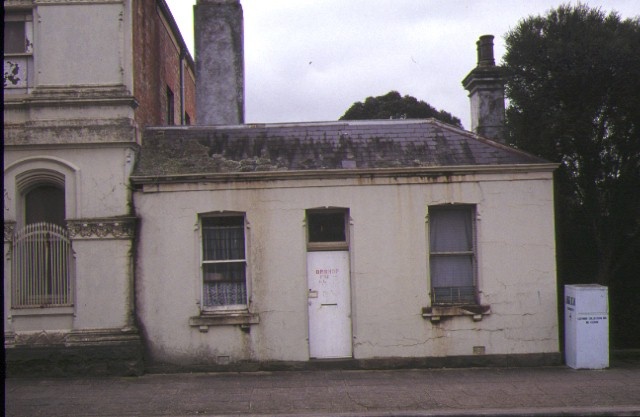 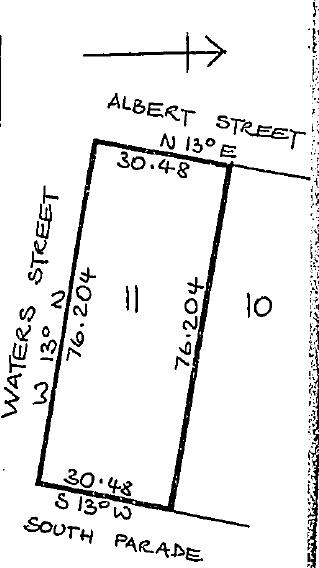 The Creswick Town Hall and Municipal Offices were constructed as one building in 1876,

thirteen years after the creation of the Borough of Creswick. The design of the building was the subject of an architectural competition, the winner of which was the architect WRH Creber. The builder was a J Boulton.

The building is of two storeys with a corner tower and is constructed of rendered brick on a bluestone plinth with a slate roof. The design of the exterior is unusual for its squat corner tower with a polygonal bell-shaped roof, the star-shaped openings to the parapet and the segmental-arced entry loggia within with the central arch is wider than those flanking it.

The compressed detailing of the facade is continued internally in the plaster decoration to the wall surfaces of the municipal offices which have, by contrast, simple boarded ceilings. The outstanding features of the interior are the spiral bluestone stair and cantilevered balcony over the entry hall, both of which have elaborate cast-iron balusters.

The town hall has a flat coved ceiling with simple plaster wall decorations, a timber dado, highlight windows and an elaborate proscenium. Art-deco roses were later installed on the ceiling.

The imposing nature of the building is reflective of the confidence and prosperity in Creswick in the 1870's. The Creswick gold rushes began early in 1852 but by the late 1860's had lapsed into the doldrums. The discovery in 1872 of a rich alluvial vein at the period of deep lead mining which was the town's mainstay until well into the 20th century.

The building is substantially intact, including its council furniture, with the exception of a cantilevered bio-box located over the main entry to the town hall.

The building is of importance for its unusual and distinctive design, its pre-eminence within the townscape and for its historical associations with the development of the important gold mining town of Creswick.