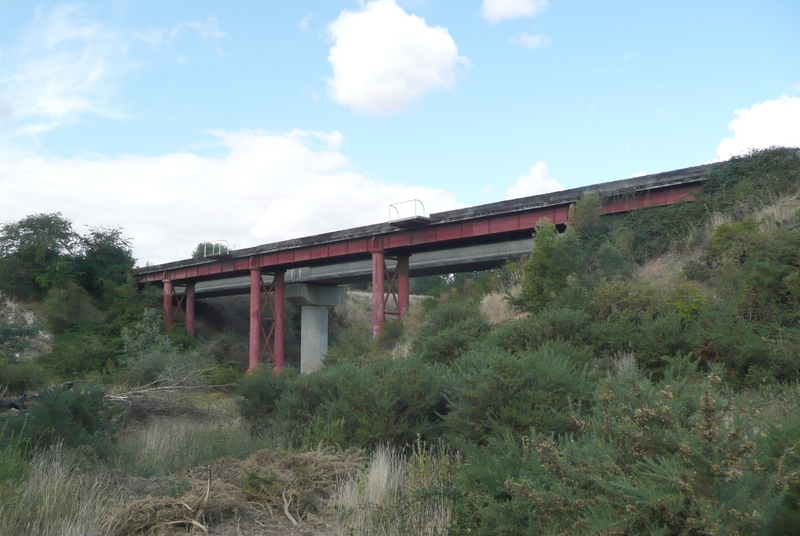 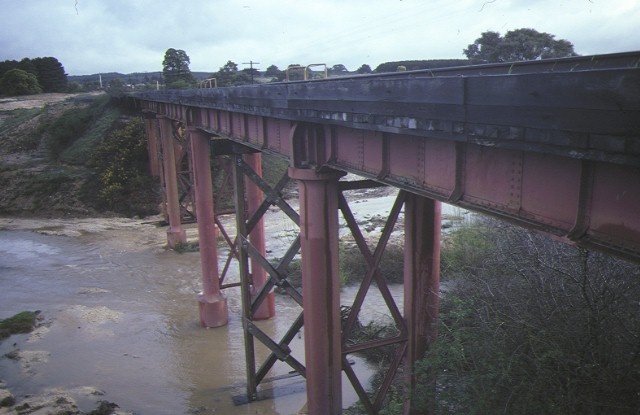 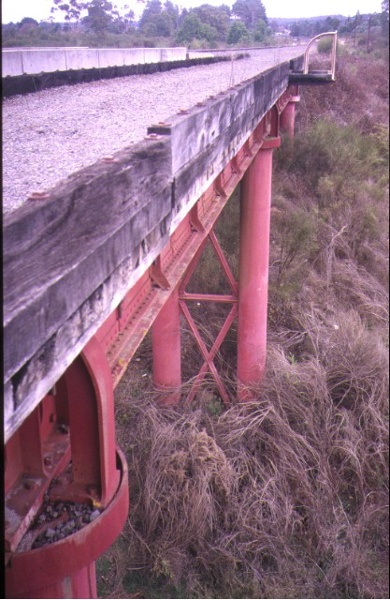 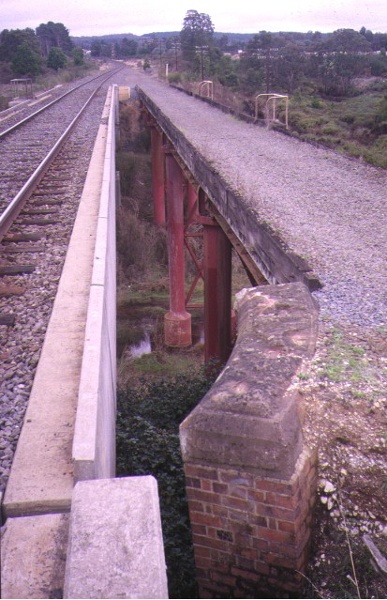 The Creswick Creek railway bridge on the Creswick to Clunes line was erected in 1874 by engineering contractors Thomas and Greenlaw. This bridge, consisting of wrought iron superstructure, supported on four groups of paired tubular cast iron stanchions across the creek, was designed by railways department engineers and manufactured by the Phoenix Foundry of Ballarat. The first train crossed on 2 September 1874. The Phoenix Foundry at Ballarat was the most celebrated engineering manufactory in provincial Victoria in the nineteenth century.

The Creswick Rail Bridge is of historical, architectural and aesthetic significance to the State of Victoria.

The Creswick Creek Railway Bridge is of historical significance as an impressive example of this firm's work as well as being a rare example of iron railway bridge construction in Victoria. A similar bridge over the Deep Creek at Carisbrook has been dismantled.

The Creswick Creek Railway Bridge is of aesthetic and architectural significance for its dramatic situation over the wide Creswick Creek valley. The Creswick creek railway bridge superstructure has been replaced, but the original iron stanchions and wrought iron beams are intact.