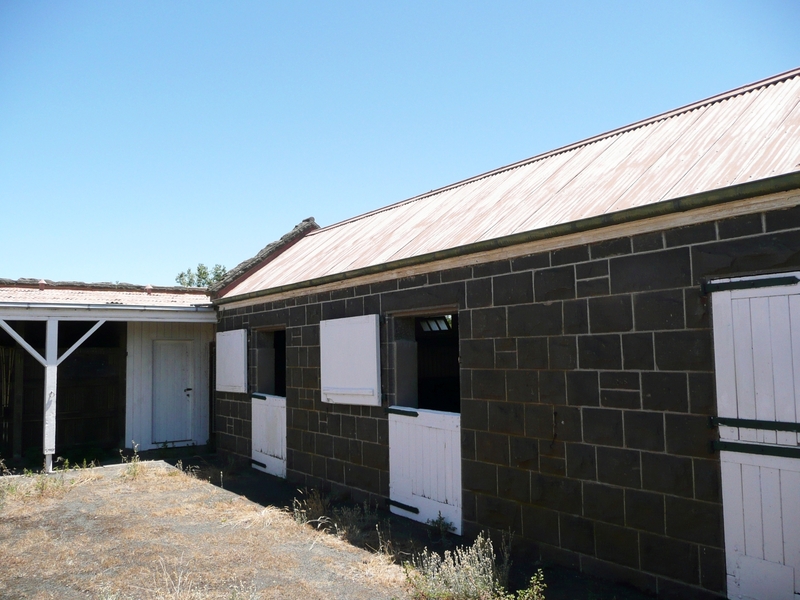 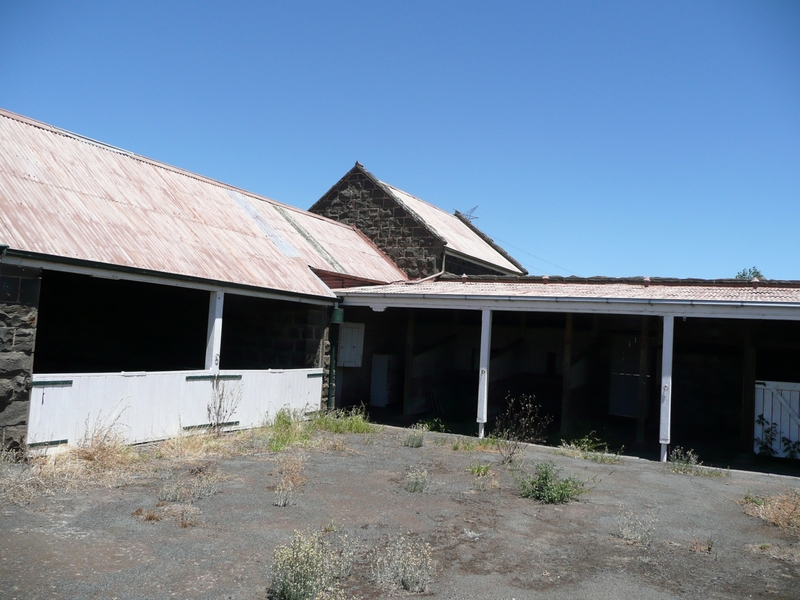 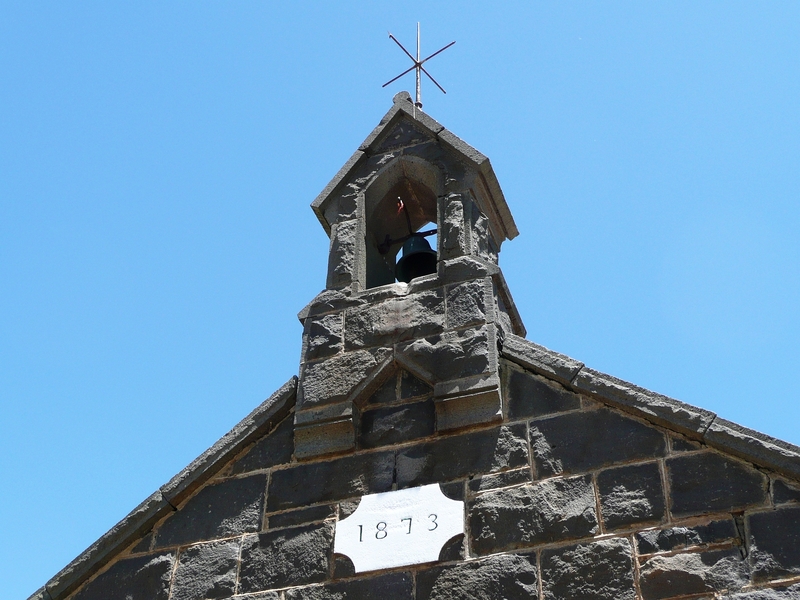 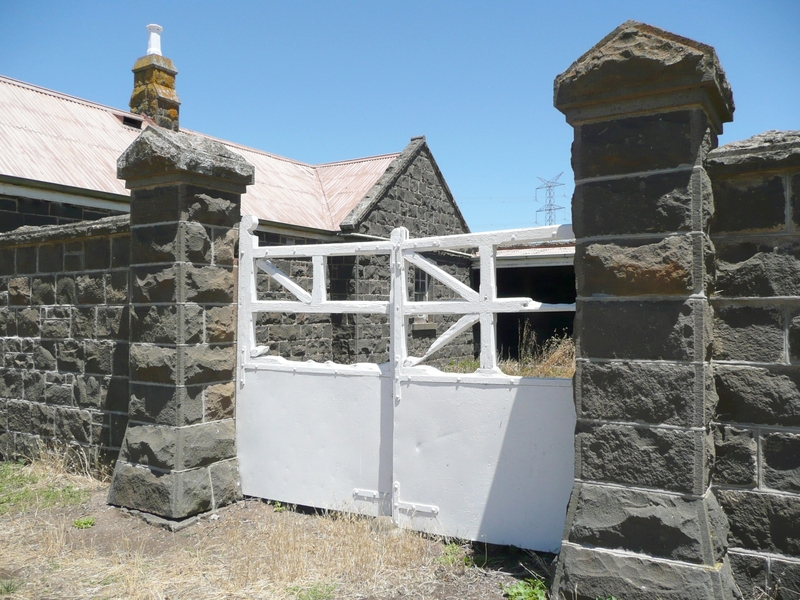 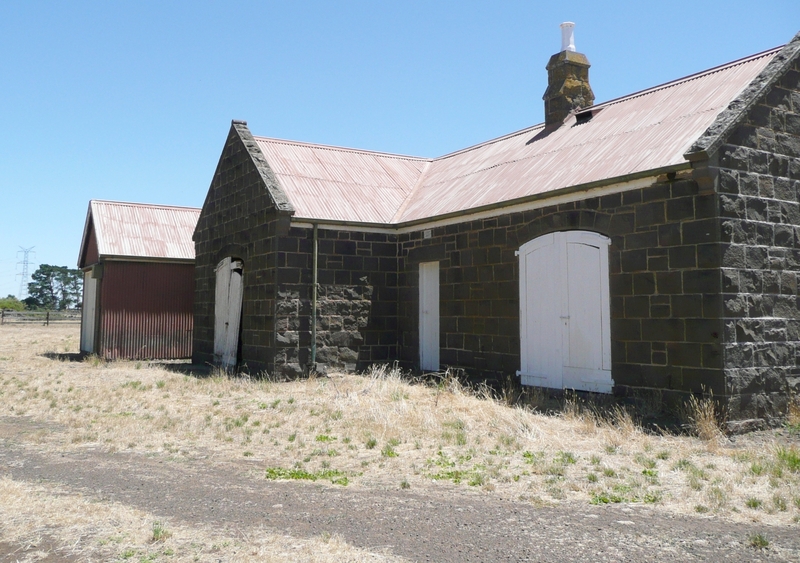 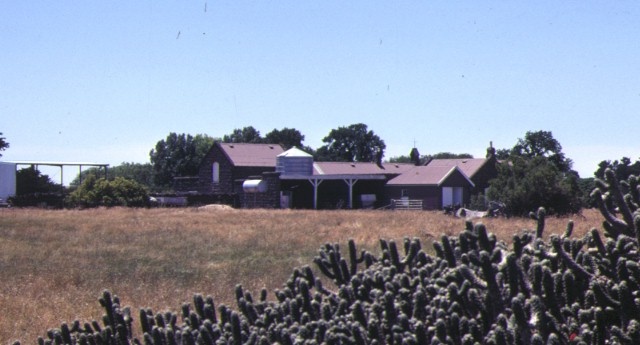 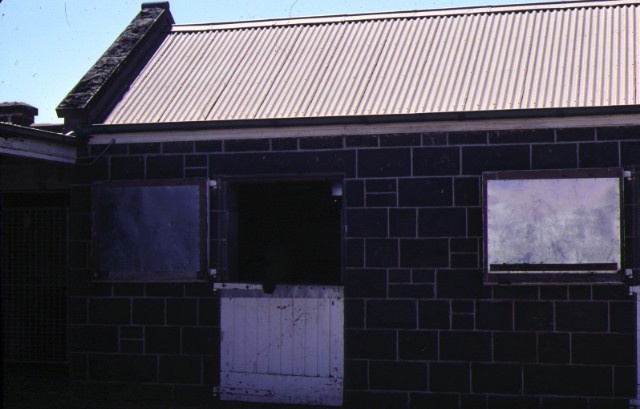 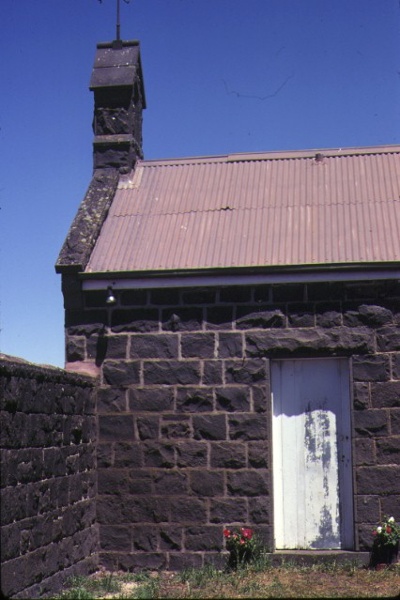 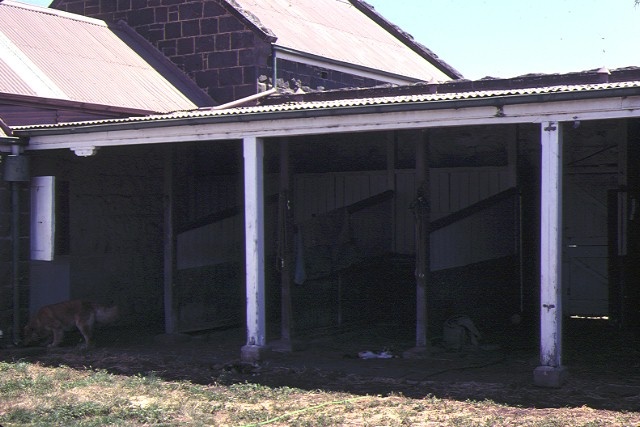 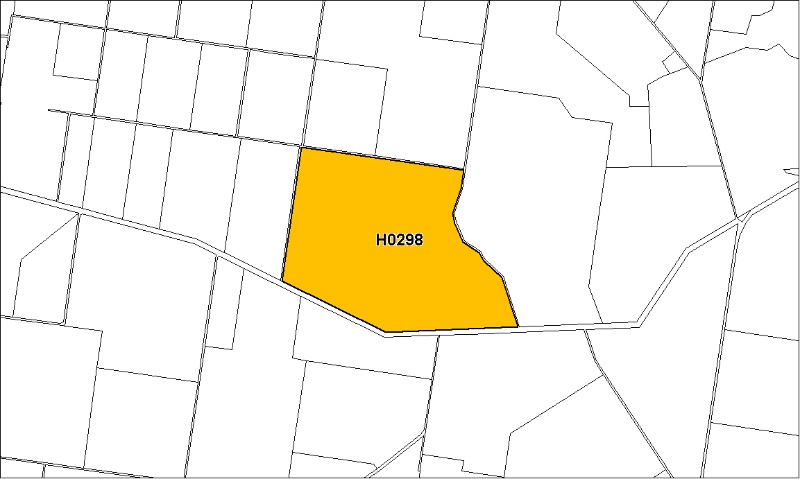 What is significant?
The stables at the Larra homestead in the Western District town of Derrinallum are an extensive, integrated complex of bluestone buildings which were constructed in 1873. They were designed for the Scottish pioneer, John Lang Currie by Scottish architect George Henderson of the Geelong firm, Davidson and Henderson, who was subsequently employed to design the Larra homestead in 1875. Henderson was engaged after completing the nearby homestead, Titanga, for Alexander Buchanan in 1872.

Scotsman, John Brown, was the first pioneer to settle in the Mt Elephant district after arriving there in 1840, and the Western District became largely a Scottish preserve. Larra was established on part of Brown's original run by the partnership of John Currie and Thomas Anderson, who purchased this 12,800 hectare run in 1844. Currie subsequently acquired Anderson's share in 1850 and became a successful Western District pastoralist who continued to extend Larra's boundaries throughout his lifetime. He developed the property into the centre of an extensive pastoral empire.

At Larra, original rubble stone cottages were progressively extended and finally integrated into the present single storey basalt homestead in 1875. After Currie's death in 1898 his son inherited the property, which he retained until his death in 1935. Currie's daughter then owned Larra until 1947, when the whole estate was sold to the Soldier Settlement Commission and subdivided into fourteen farms, and the homestead block. An extensive fire in 1944 destroyed all the station buildings except the stables and 1875 homestead.

How is it significant?
The stables at Larra homestead, Derrinallum are of architectural and historical significance to the State of Victoria.

Why is it significant?
The stables at Larra homestead, Derrinallum are of architectural significance as a rare, intact and extensive example of such a building in both the Western District and Victoria. Excellent craftsmanship is exhibited in the execution of the stonework and the simple Gothic details adopted give the building a distinctive character.

The stables at Larra homestead are of historical significance for demonstrating the importance of the Western District pastoral industry. They are also significant for their associations with the pioneer pastoralist, John Currie. Their size and nature demonstrate the importance Currie placed on housing both his working and thoroughbred horses.
[Online Data Upgrade Project 2005]