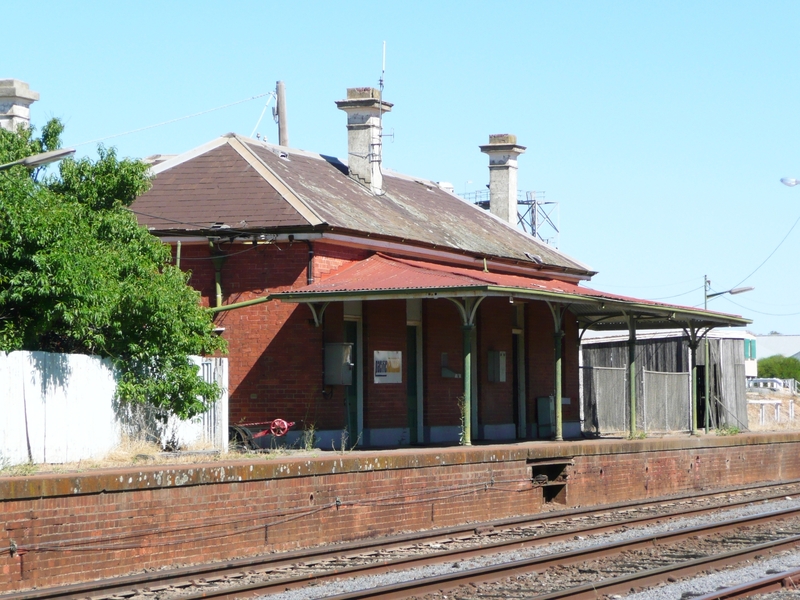 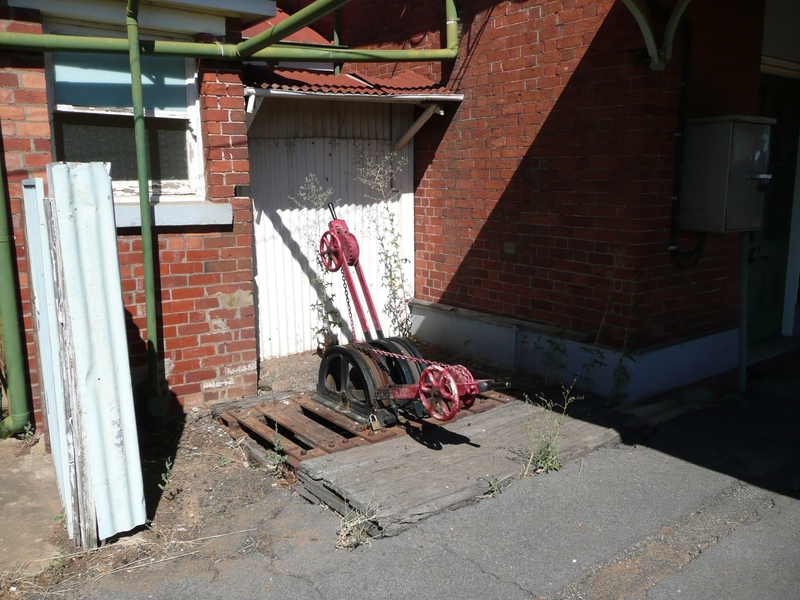 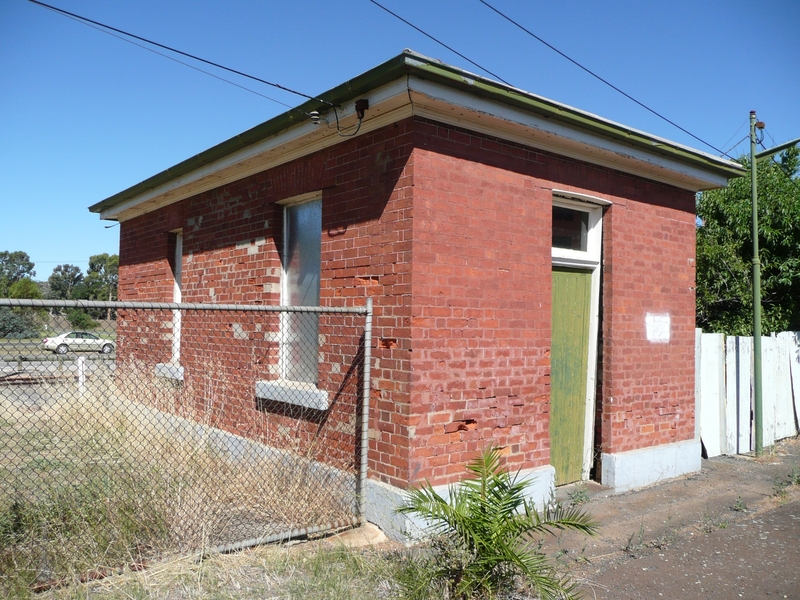 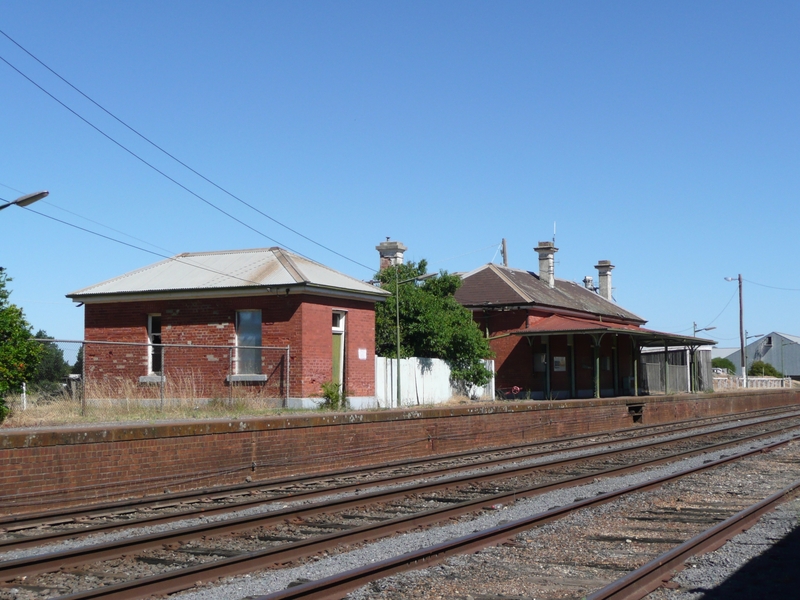 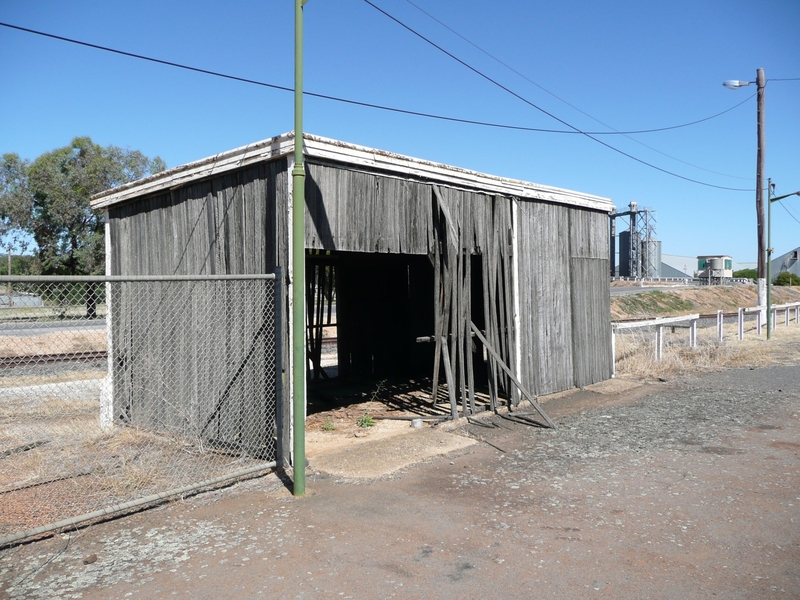 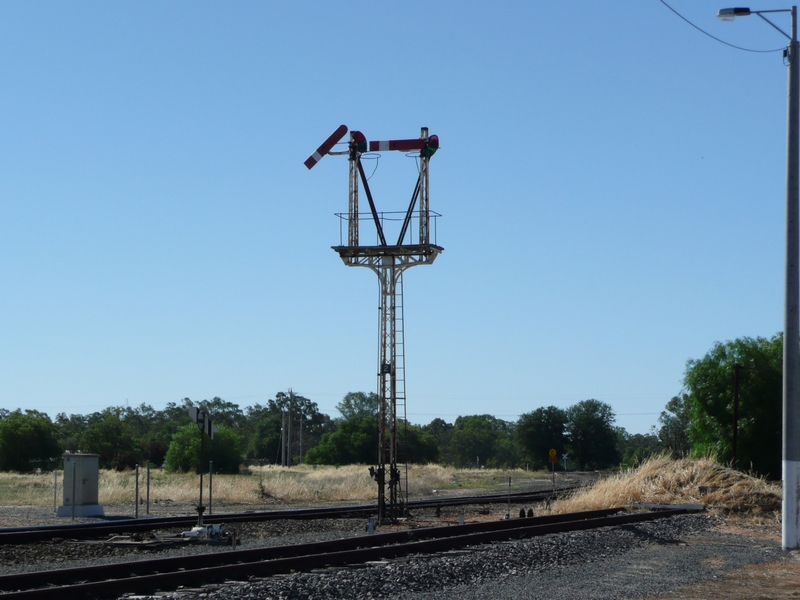 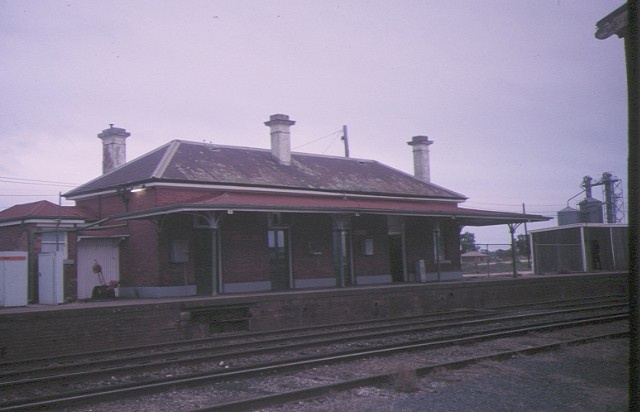 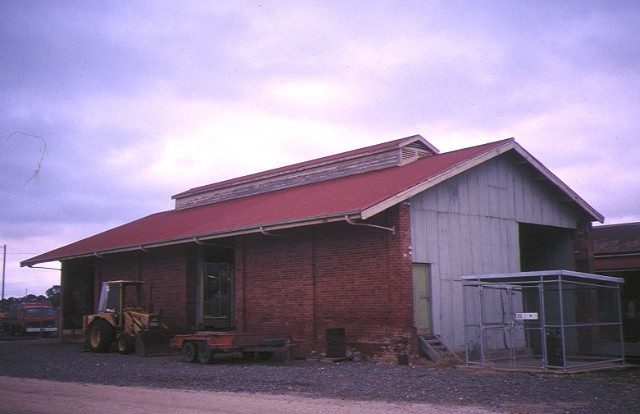 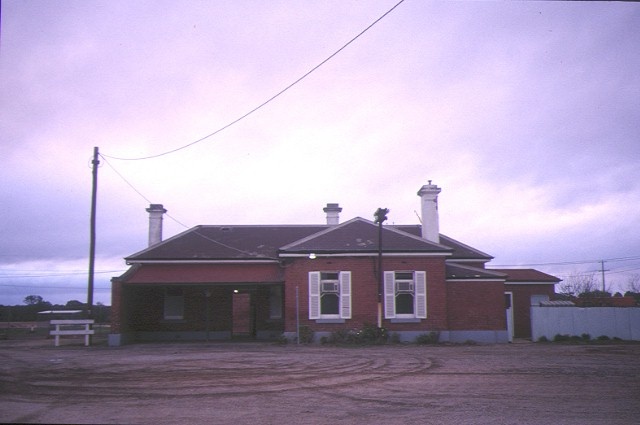 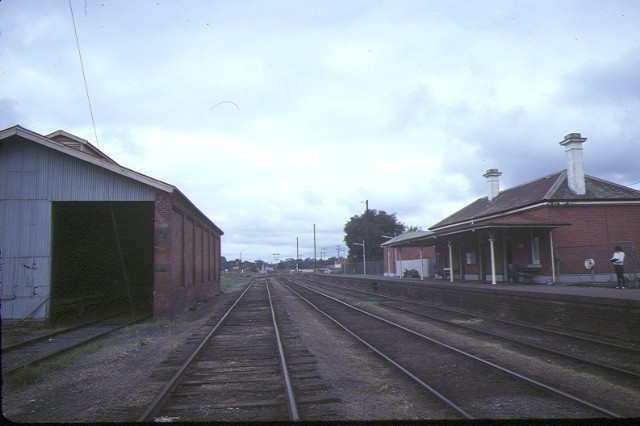 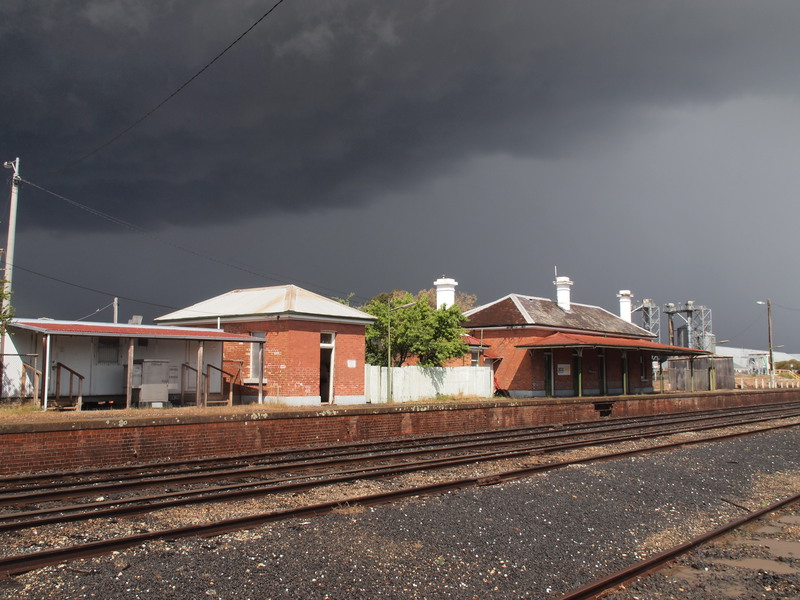 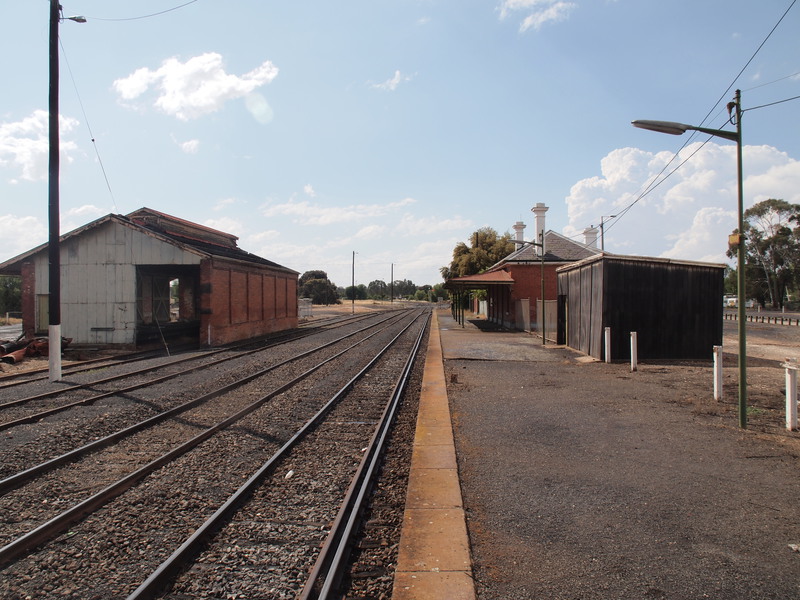 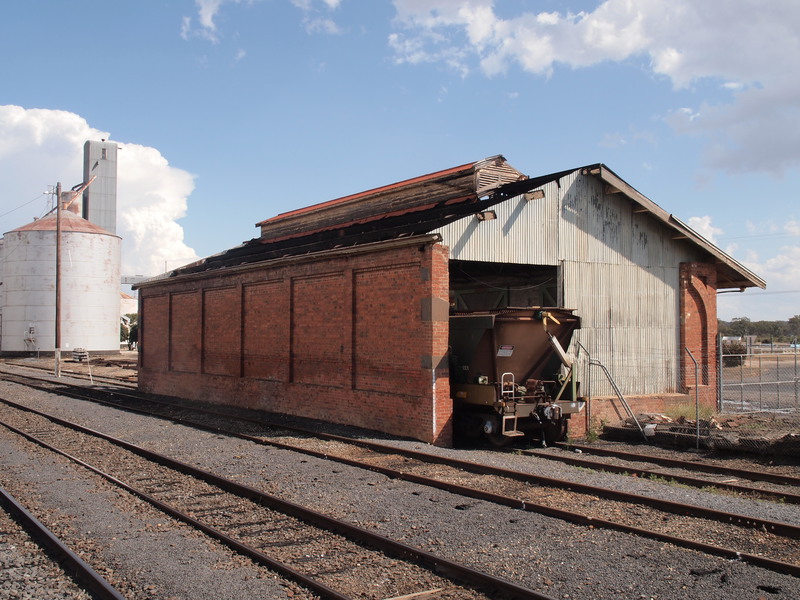 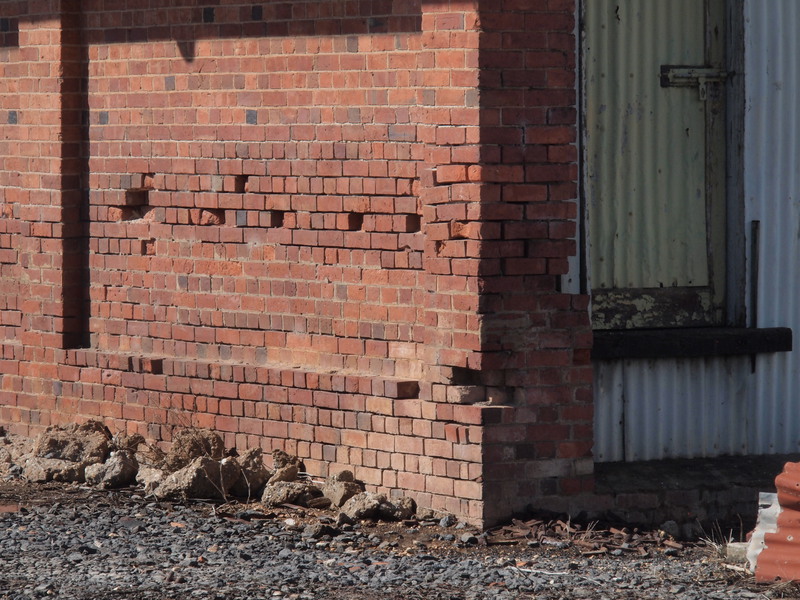 What is significant?
The Dunolly Railway Station Complex was constructed in 1874 for theVictorian Railways by ST Weeks on the Donald-Ballarat line. It comprisesa single storey classical brick station building and former residencewith a hipped slate roof, cast iron gutters with lion head brackets,standard concave verandah, roadside verandah entrance and originalbooking window. There is a large brick goods shed with athree-quarter-length lantern to a corrugated iron gable roof, corrugatediron cladding to each end and a run through track. Other structuresinclude a brick lamp room, timber van goods shed, and a signal 200mdownside of the station building. Plantings at the Dunolly RailwayStation include two pomegranate trees and a Cork Oak.

How is it significant?
Dunolly Railway Station is historically and architecturally significantto the State of Victoria.

Dunolly Railway Station is architecturally significant as arepresentative example of the 'Dunolly' type - a standard railwaystation design of the day, and restricted to certain lines only. Thestyle is characterised by relative austerity in detailing, and the useof bell cast verandahs to both sides of the building, with cast irondecoration. The brick lamp room/toilet block, goods shed and signal aresignificant for their contribution to the architectural character of thestation complex. The surviving booking window and cast iron guttersoffer an important insight into the design details of station buildingsbuilt during the 1870s. The Cork Oak Quercus suber at the Dunolly Railway Station is a remarkable specimen and believed to be the largest such tree in Victoria.