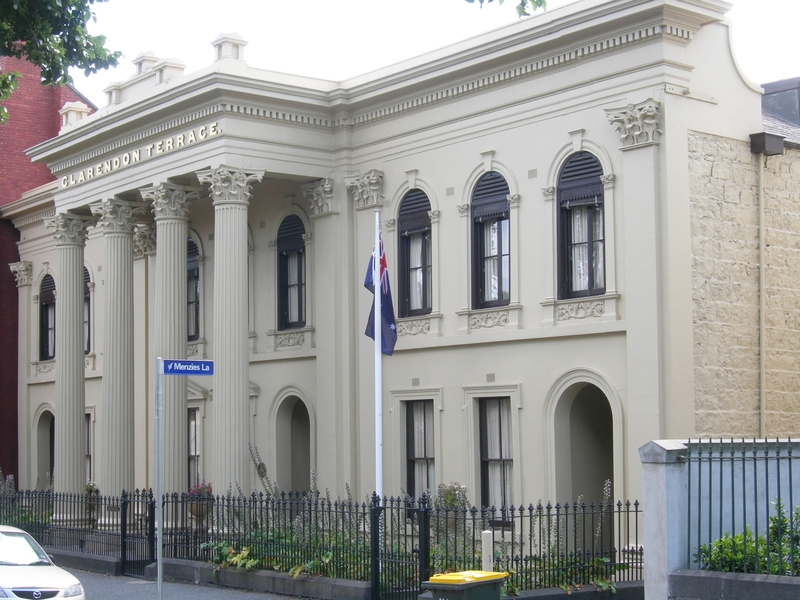 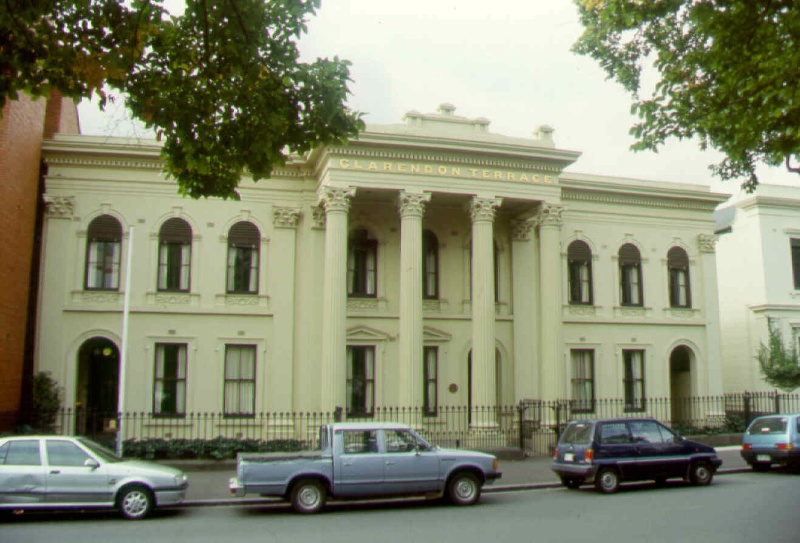 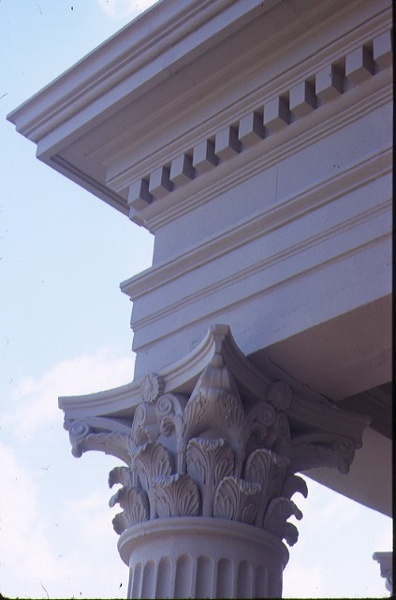 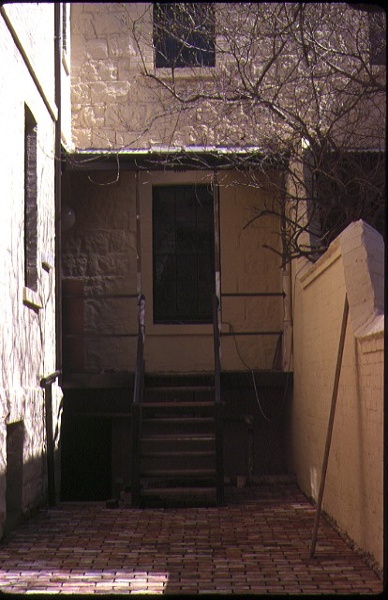 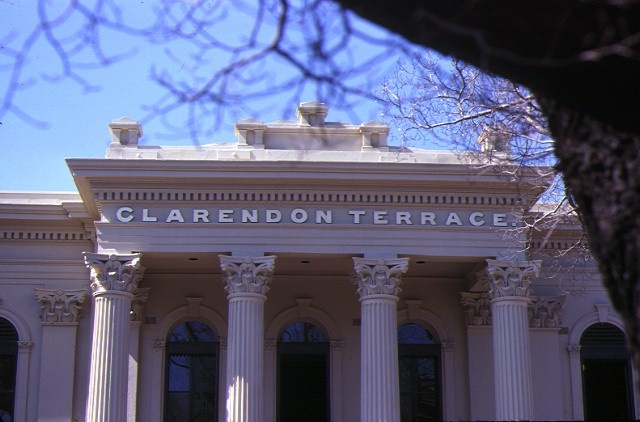 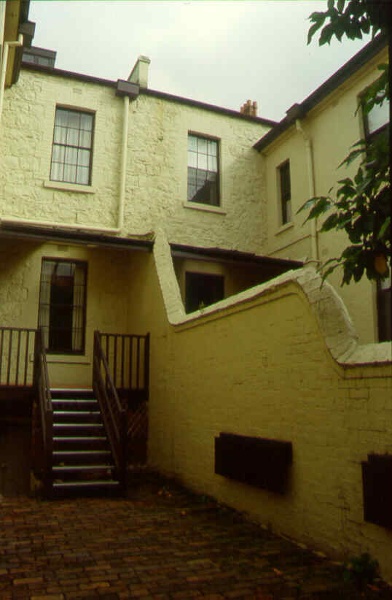 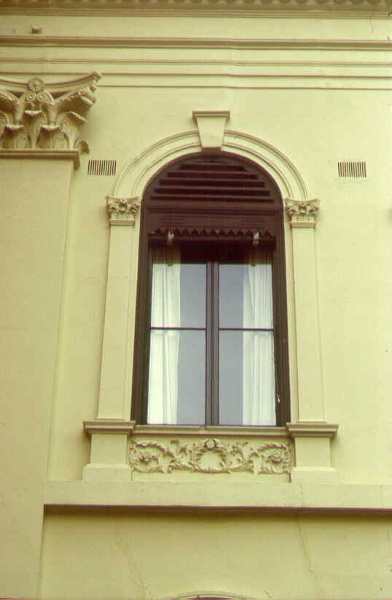 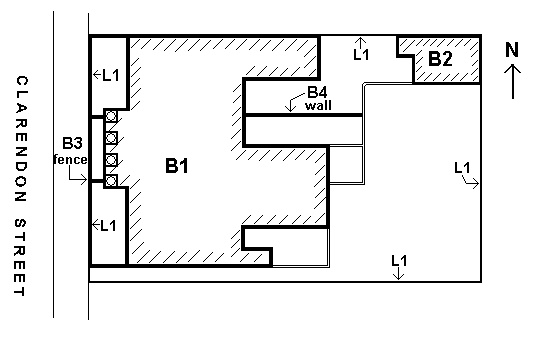 What is significant?
Clarendon Terrace was erected in 1856-57 by Robert Huckson for Charles Lister, a wine and spirit merchant and brewer. The architect was Osgood Pritchard. The building was later owned by the Marks family who were jewellers and opticians in Elizabeth Street. During Lister's ownership a number of other distinguished citizens were tenants of No. 210. Samuel McGowan, superintendent of the Electric Telegraph, occupied it during 1862 and 1863, followed G.C. Levey, M.L.A. during the 1864 and 1865 and Ah Mouy, well known Chinese merchant, rice miller and financier, from 1866-1869. Richard Goodhind, a malt and hop merchant, was the tenant of no. 212 during 1867 and 1868. Clarendon Terrace is three two-storey houses constructed in the Victorian Free Classical style. The main feature of the building which is of blue stone and rubble wall construction with a cement rendered facade is its central giant order portico with Corinthian columns. The building also has elaborate fenestration and stucco detailing. The site also contains the former stables and a cast iron palisade fence facing Clarendon Street. In May 1977 the property was earmarked for demolition. There was a public outcry and in August 1977 the government announced that they would provide the National Trust with an interest free loan to buy and restore the property. In 1980 the National Trust were approached by the Sir Robert Menzies Foundation with a proposal whereby the foundation would lease the building from the National Trust for 45 years at a peppercorn rental in return for meeting the costs of restoration. This proposal was accepted. Two of the three houses were reconstructed internally to meet the foundation?s requirements, whilst the third was restored to its original appearance. The Sir Robert Menzies Foundation currently occupies Clarendon Terrace.

How is it significant?
Clarendon Terrace is of architectural, aesthetic, social and historical importance to the State of Victoria

Why is it significant?
Clarendon Terrace is of architectural and aesthetic importance as one of Melbourne?s grandest terraces and an important work of the architect Osgood Pritchard. The Victorian Free Classical style composition with the giant order Corinthian portico is rare in Victoria. There are very few giant order residences in Australia and it is therefore of outstanding architectural importance. Clarendon Terrace in Nile, Tasmania is another example of a giant order residence. The semi-circular arched entrances, window mouldings, pilasters and the parapet finials are particularly notable. Clarendon Terrace is aesthetically important as an outstanding feature of the East Melbourne area and a fine example of a terrace.

Clarendon Terrace is of social and historical importance as an early example of a grand Melbourne terrace. Construction commenced in 1857 so that it pre-dates the large bulk of terrace housing in the inner suburbs of Melbourne. It is important for its associations with notable Melbourne identities such as Charles Lister, a wine and spirit merchant and brewer, Samuel McGowan, superintendent of the Electric Telegraph, G.C. Levey, M.L.A and Ah Mouy a well known Chinese merchant, rice miller and financier, from 1866-1869. Clarendon Terrace is socially and historically important for its associations with the preservation movement in Victoria. The public outcry and subsequent processes that took place to save Clarendon Terrace after it was earmarked for demolition are an example of community concern over heritage issues and demonstrate the value Victorians place in their heritage.