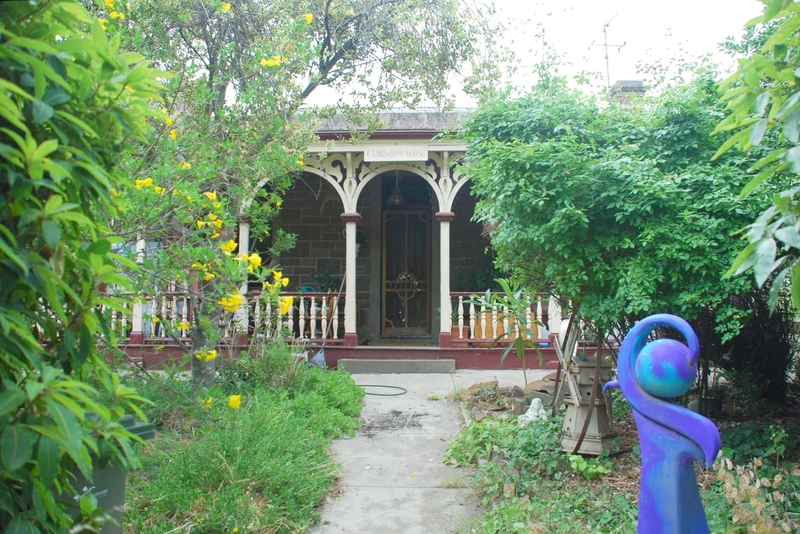 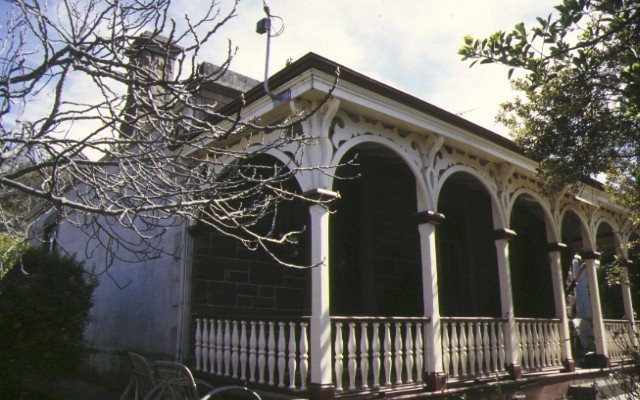 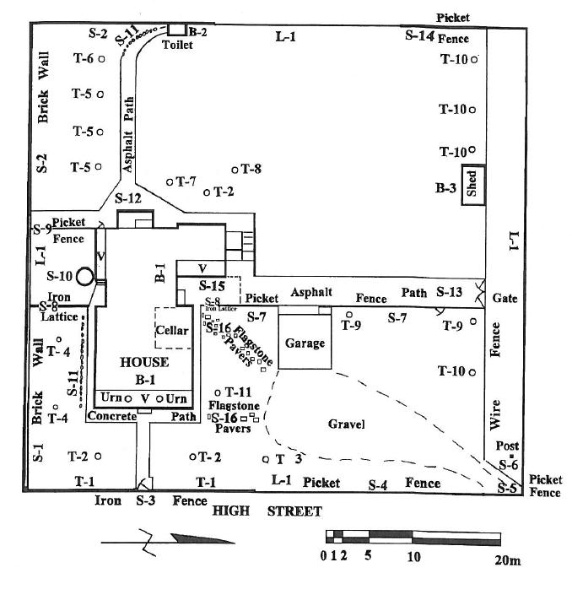 Lauriston was built in 1866 for the mining entrepreneur Robert Dent Oswald who named it after his home town in Scotland. It stands in a prominent position at the entrance to the town, overlooking the former crushing works once owned by Oswald. Lauriston is a single storeyed, symmetrical house constructed of dressed Malmsbury bluestone and rendered schisty stone from the quarry of the stonemasons, Bowe & Sons, with a slate roof and an elaborate timber verandah.

Lauriston is of architectural, historical, aesthetic (landscape) and scientific (horticultural) significance to the state of Victoria.

Lauriston is architecturally significant as an ornate cottage from the gold rush period with a wealth of original detail. It is noteworthy for its unusual treatment of the local schisty stone which has been rendered, the only exposed material being the dressed Malmsbury bluestone used in the window surrounds and the front facade. The elaborate timber front verandah is distinctive, characterised by fretted valances, brackets and a turned timber balustrade. The front fence and gate, an iron palisade fence with stone plinth and gateposts and a gate with a wrought iron arch and radiating spikes, are noteworthy. The interior fixtures and features of particular significance include fine examples of joinery especially the doors, cupboards, and skirtings; marble fireplaces, elaborate pelmets; concealed shutters folding from the reveals of the windows and remains of early wallpaper behind the shutters. The two elaborate glazed urns with decorative grape vines in relief are important works of art believed to have been brought out from Britain by Oswald.

Lauriston is historically significant for its associations with Robert Dent Oswald, who played an important role in the mining industry of Maldon. Oswald was also a Justice of the Peace, member of the Maldon Shire Council and its president. The highly intact state of Lauriston, its solid construction and location demonstrate the lifestyle and status of the Oswald family. The house continued its associations with the mining industry when it was purchased in 1911 by John Bowen, the manager of Oswald's mine. Both the house and garden retain a high level of integrity. Original fences, including a lattice fence around the kitchen garden and a picket fence at the front, remain. Other original features include the well, the laundry and boiler at the rear, the cellar, the kitchen with its original hearth place and pantry, the flagstone courtyard and timber slatted Venetian blinds.

Lauriston is aesthetically significant and of horticultural value due to the use of plants and fences to create an enclosed garden with garden compartments, and the established fruit trees and grape vines. The Pittosporum undulatum hedge, brick walls, iron lattice and picket fences and gates are of outstanding form, and the iron lattice is a rare example of fencing in Victoria, The mature row of citrus trees is a fine example of a citrus grove and the three Euonymus japonica are large examples of the species.