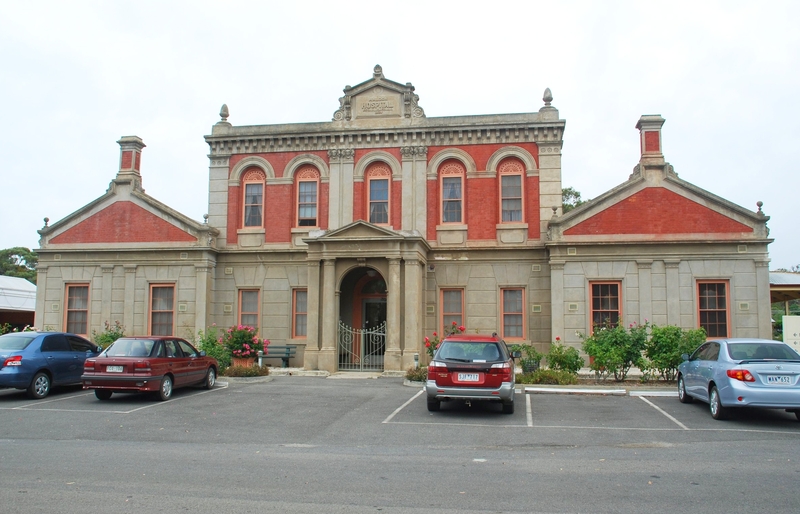 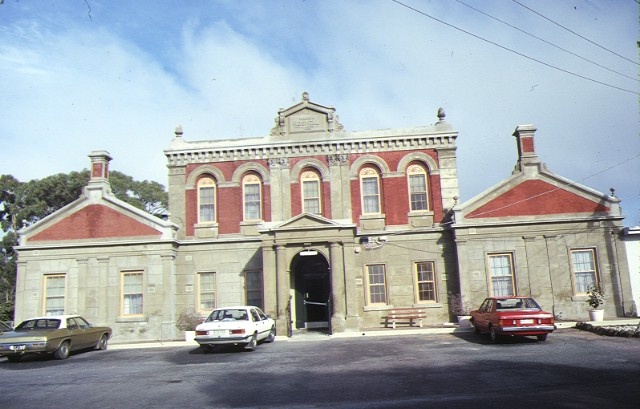 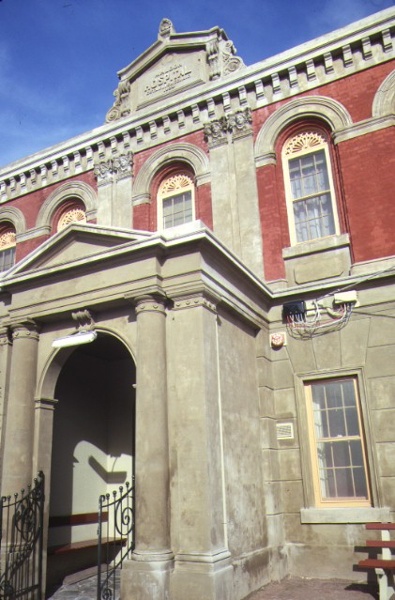 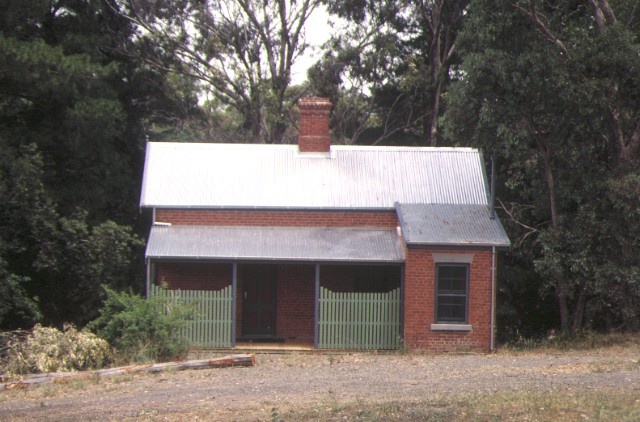 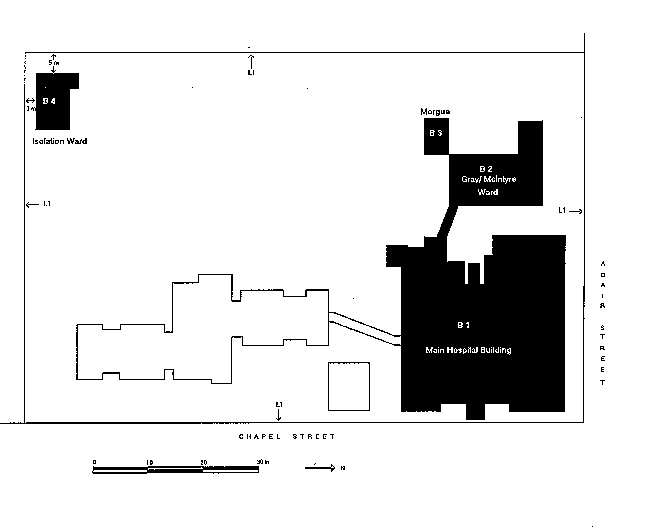 What is significant?
The need for a hospital in Maldon arose with the rush for gold in the area during the 1850s. The original Maldon Hospital was a temporary timber building constructed in 1859. This was soon extended with two red brick wings either side, the male ward constructed in 1860 and the female ward constructed in 1862. These were both designed by the architect DR Drape who had a master plan for the building including a central two storey building that would eventually replace the original timber building. The central double storey section was erected in April 1867 to the designs of TF Kibble. This was originally face brickwork and all three sections had single storey verandahs around them with the whole complex surrounded by a picket fence. The original face brickwork structure was given its present elaborate render decoration when the verandahs were removed and ground floor facades plastered and pilasters, urns and the front entrance portico added. Both of the side wings of the hospital were extended in 1897. Other buildings on the site include the Gray/McIntyre Ward (1897), the Morgue and the Isolation Ward (1892) which is situated approximately sixty metres from the main hospital buildings.

How is it significant?
The Maldon District Hospital is of architectural and historical significance to the state of Victoria.

Why is it significant?
Maldon District Hospital is of historical and social significance as one of a group of early district hospitals built between the early 1850s and mid 1860s. Its development represents two boom periods in the history of Maldon. It was the gold rush in the 1850s that initiated the need to establish a hospital in Maldon and it was the deep lead mining in the 1890s that funded the refurbishment of the hospital. The refurbishment dramatically changed its appearance and the size of the hospital was altered with extensions to the side wings and the construction of the Gray/McIntyre Ward completed in 1897.

Maldon District Hospital is of architectural significance as an intact complex of hospital buildings, including main hospital building, morgue, isolation ward, and separate ward all designed in a similar style. Little alterations have been made to these buildings and the interior of the buildings are substantially intact. Architecturally the Conservative Classical Revival facade applied to the main structure in 1897 is most unusual as is the massing of the building with the single storey wings either side of the two storey wing. Exterior details of interest are the elaborate render decoration of pilasters, urns, parapet and pedimented entry on the front facade. Interior details of interest include stained glass windows, pressed metal ceilings and honour boards and tessellated tiles in the entrance foyer. The siting of the isolation ward some 60 metres away from the main buildings is of importance. The construction of the hospital has strong associations with the architect DR Drape and Castlemaine architect TF Kibble. It is important to note that DR Drape was also a well known water colour artist.
Show more
Show less
All information on this page is maintained by Heritage Victoria. Click below for their website and contact details.