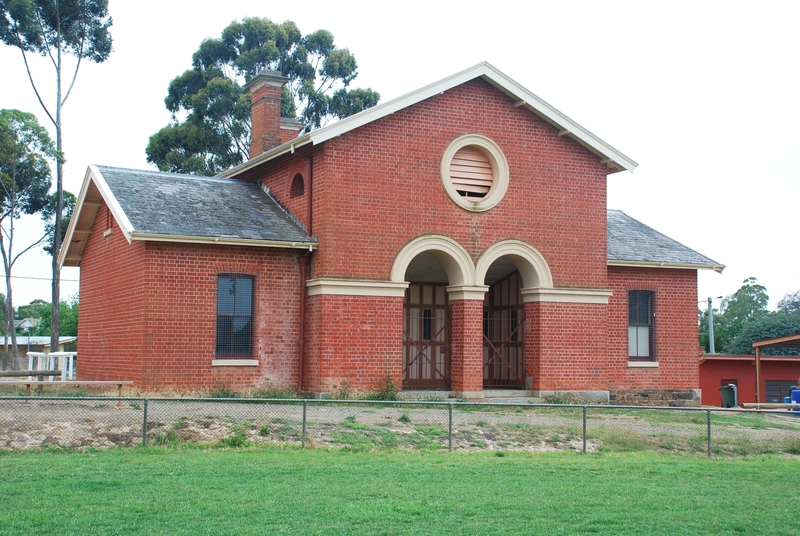 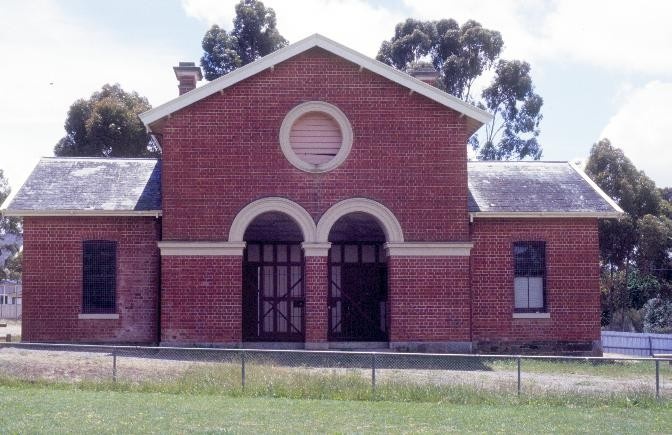 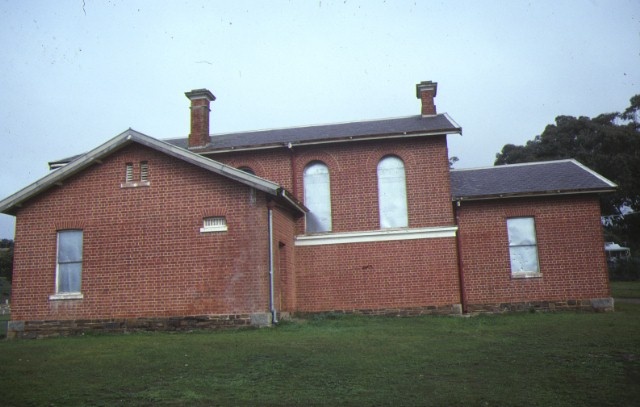 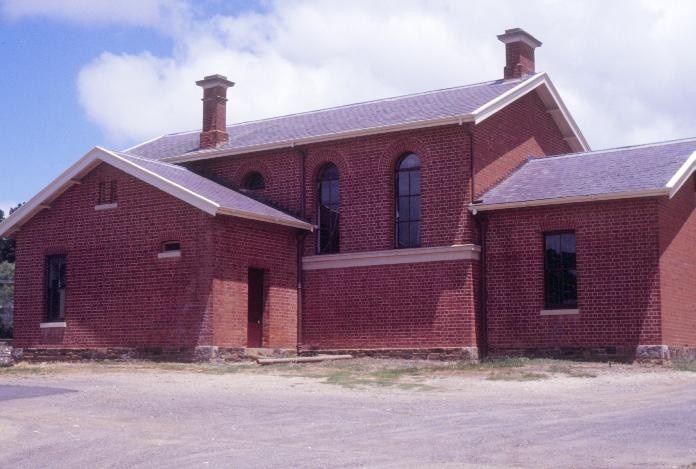 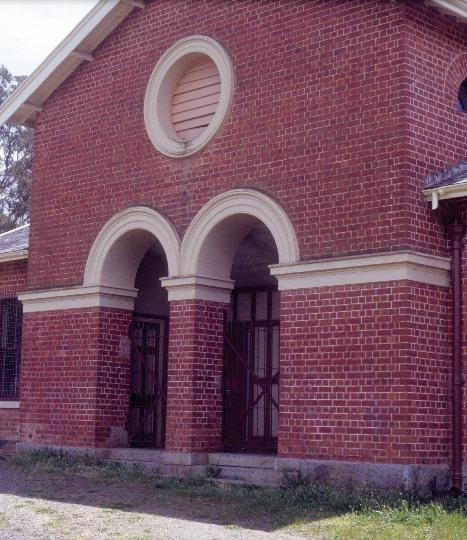 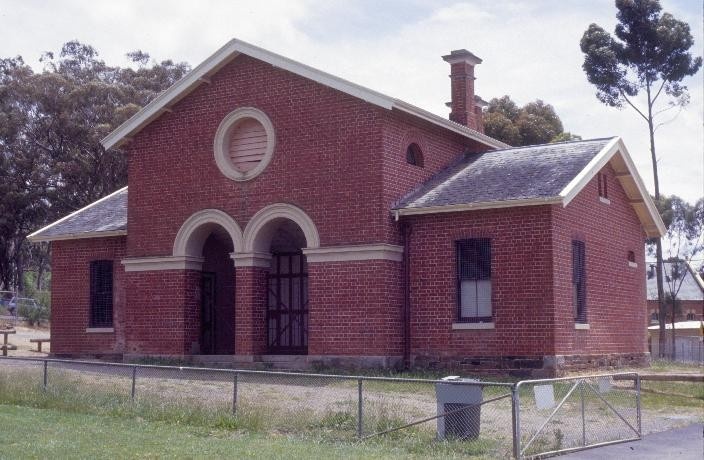 A timber court house was constructed in 1857 but when completed in December1857 the timber fittings were too big for the building - there was no room for the public. By 1860 plans had been drawn up for the new brick court house, the architect being Kaweran (this appears to have been a misspelling of Kawerau who was an architect with the Public Works office 1855-60).The successful tender was for £2016 by John Robertson in December 1860. Apparently there was some trouble with the building of the Court House, as operations were stopped in February 1861 due to inferior materials and workmanship. Work was resumed in April 1861 when Maldon bricks were substituted for Castlemaine bricks. By July the courthouse was nearly finished and was described as handsome but small. The Court House was closed in 1968-69.

Former Court House, Fountain Street, Maldon, is a brick court house erected in1861 to the designs of the public works department of Victoria, replacing a timber structure of 1857. Symmetrically arranged, the face brick structure is characterised by the dominant central body of the building, decorated with prominent impost moulding, oversized round vent and paired arches to the recessed porch. There are gabled side wings with windows and the chimneys and plinth are other features. The former Court House forms part of the important historic townscape of the former gold-mining town of Maldon, one of the most notable in Victoria. The structure also has historical associations and is of architectural note. The Court House is illustrative of the essentially Italianate classical revival designs evolved by the public works department at this time and is of interest for its modest size, the simplicity and heaviness of its detailing, its planning and its composition. The former Court House is in fair condition and is reasonably intact. The building ceased to be a Court House in 1968/69.

[Source: Register Of The National Estate]